Legislature of the Virgin Islands

The roots of the modern legislature date to the passage of the Colonial Law in 1852 during the Danish colonial period. The law created a Colonial Assembly for the Danish West Indies, as well as the appointment of a vice-regent serving as the colony's governor executive, serving on behalf of the King of Denmark. Despite the name, the Colonial Assembly acted more as an advisory body than a true legislature. Vice-regents continued to reserve the right to reject or amend any law they did not see fit.

A further Colonial Law coming in 1863 broke the Assembly into two parts, creating a colonial council for the newly created St. Thomas and St. John Municipality, and a separate colonial council for the St. Croix Municipality. The 1863 law provided the councils to combine into a single legislature when called upon by the Vice-regent or by legislators themselves, and gave legislators greater say in the colony's finances. However, the Danish monarch still reserved the right to pick several members of the councils, giving Copenhagen a continued say in the colony's legislative affairs. The monarch-appointed vice-regent and the king also continued to reserve the right to pass or deny any colonial bills brought upon their desks. The voting franchise of this period remained low, hovering just under six percent.

Upon the U.S. purchase of the islands from Denmark in 1917 by fears of German expansion into the Caribbean, the renamed U.S. Virgin Islands government underwent a gradual overhaul. From 1917 to 1931, the U.S. Navy administered the islands, with a Navy officer serving gubernatorial duties, while the colonial councils for the territory's two municipalities created by the Danes fifty years earlier remained with little change. Islanders were granted American citizenship in 1927, and after popular discontent with incompetent naval rule, the islands came under the supervision of the federal Department of the Interior in 1931.

The U.S. Congress's passage of the 1936 Organic Act brought the greatest amount of self-government the islands had ever known. For the first time, all islanders above the age of 21 enjoyed universal suffrage. The colonial councils—now municipal councils—could combine when desired to form a Legislative Assembly. The Legislative Assembly now could override gubernatorial vetoes with a two-thirds majority, a parliamentary procedure endowed to the U.S. Congress and various state legislatures. The federal Congress and President, however, continued to reserve the right to veto territorial legislation.

The Revised Organic Act of the Virgin Islands of 1954 dissolved the two Municipal Councils, creating a permanent unified and unicameral Legislature of the Virgin Islands. A revision in the territory's constitution in 1966 increased the number of legislators from its original amount of 11 to 15.

Today, the Legislature of the Virgin Islands is a territorial legislative body with the same rights and powers comparable to that of many state legislatures within the United States.

The senate's home is the Legislature Building, a historic building built in 1828 as Danish police barracks, modified extensively in 1884, which is included in the Charlotte Amalie Historic District. [1] [2]

The Legislature, referred to as the Senate, is a unicameral body, one of the four such legislative bodies in the United States, along with Nebraska, Guam and the District of Columbia. The Legislature meets inside the Senate Building in Charlotte Amalie, a restored Danish and American military barracks building as well as a former high school.

It is composed of 15 senators, each serving two-year terms. The territory is divided into two multimember constituencies, with seven senators representing each, elected by block voting, while a single senator from St. John is elected at large. For a long time the Legislature was the only one of its kind in the United States where the Republican Party had no representation whatsoever, until the Hawaii Senate lost its sole Republican member in 2016.

Qualifications to be a senator include being over or at least 21 years of age, a U.S. citizen, a resident of the Virgin Islands for three years, and a qualified resident of their representing district.

Past composition of the Legislature 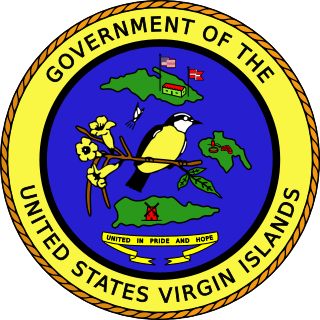 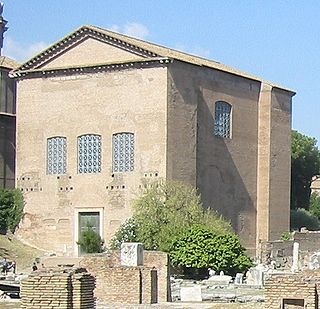 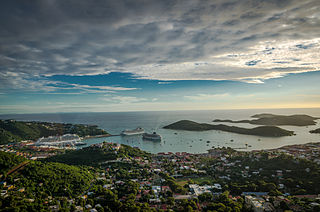 Charlotte Amalie, located on the island of St. Thomas, is the capital and the largest city of the United States Virgin Islands, founded in 1666 as Taphus. In 1691, the town was renamed to Charlotte Amalie after Charlotte Amalie of Hesse-Kassel (1650–1714), queen consort to King Christian V of Denmark-Norway. It has a deep-water harbor that was once a haven for pirates and is now one of the busiest ports of call for cruise ships in the Caribbean, with about 1.5 million/plus cruise ship passengers landing there annually. Protected by Hassel Island, the harbor has docking and fueling facilities, machine shops, and shipyards and was a U.S. submarine base until 1966. The Town has been inhabited for centuries. When Christopher Columbus arrived in 1493, the area was inhabited by Caribs, Arawaks, Ciboney and Taíno native peoples. It is on the southern shore at the head of Saint Thomas Harbor. In 2010 the City had a population of 18,481, which makes it the largest city in the Virgin Islands Archipelago. Hundreds of ferries and yachts pass by the Town each week.

In government, unicameralism is the practice of having a single legislative or parliamentary chamber. Thus, a unicameral parliament or unicameral legislature is a legislature which consists of one chamber or house. 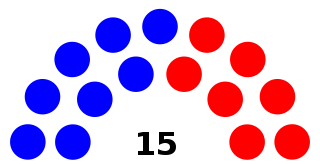 The Legislature of Guam is the law-making body for the United States territory of Guam. The unicameral legislative branch consists of fifteen senators, each serving for a two-year term. All members of the legislature are elected at-large with the island under one whole district. After the enactment of the Guam Organic Act in 1950, the First Guam Legislature was elected composing of 21 elected members. Today, the current fifteen-member 36th Guam Legislature was elected in November 2020. 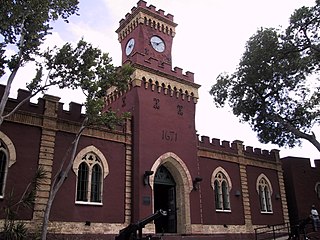 Fort Christian is a Dano-Norwegian-built fort in Charlotte Amalie, Saint Thomas, U.S. Virgin Islands. Built 1672-1680, early in the first successful colonial establishment on the island, the fort served as a critical point of defense and government during the entire period of Dano-Norwegian, and later Danish, administration, which ended in 1917 with the sale of the islands to the United States. It currently holds the St. Thomas Museum, which holds artifacts and art of the Dano-Norwegian period. It was designated a U.S. National Historic Landmark in 1977.

This national electoral calendar for the year 2018 lists the national/federal direct elections that were held in 2018 in all sovereign states and their dependent territories. By-elections are excluded, though national referendums are included.

The Charlotte Amalie Historic District in Charlotte Amalie in Saint Thomas, U.S. Virgin Islands is a 165.3 acres (0.669 km2) historic district which was listed on the National Register of Historic Places in 1976. 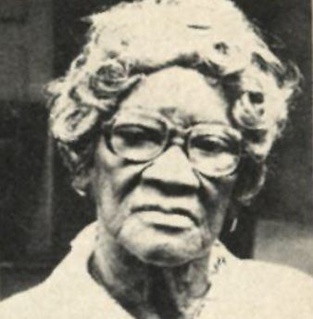 Edith L. Williams was a United States Virgin Islands educator, women's rights activist, and suffragist. Williams was the first woman who attempted to vote in the Virgin Islands and when she was denied the right to register, she petitioned the court along with Eulalie Stevens and Anna M. Vessup to review their qualifications. They won their case and subsequently women throughout the Virgin Islands who were literate and property owners were allowed to vote. A bust of Williams was installed in the Franklin Delano Roosevelt Veterans Memorial Park in Charlotte Amalie, and the James Madison Elementary School was renamed as the Edith L. Williams School in 1981 in her honor.

Bertha C. Boschulte was a Virgin Islands educator, women's rights activist, statistician and politician. During her tenure as a teacher, she actively worked to attain women's suffrage in the Virgin Islands. After obtaining her Master's Degree in Public Health, she worked as the director of the Statistical Service from 1952 and was then appointed as director of the Division of Vital Records and Statistical Services. From 1955 to 1957, she was the General Services director of the Department of Health. Boschulte ran for a Senate seat and was elected in 1964, serving one term. She worked on the Commission on the Status of Women from 1969 and in 1970 was elected chair of the Virgin Islands Board of Education. In 1976, the new Junior High School in Bovoni Estate was named the Bertha C. Boschulte Middle School, in her honor.