The striped hog-nosed skunk (Conepatus semistriatus) is a skunk species from Central and South America (from southern Mexico [3] [4] to northern Peru, and in the extreme east of Brazil). This species of skunk is considered a generalist species because they are able to thrive in and withstand disturbed environmental conditions. They can live in a wide range of habitats including carrasco, arboreal caatinga , mango orchard, and dry forest scrub and occasionally, in rainforest. [5]

It is a nocturnal solitary animal, feeding mainly on invertebrates, small vertebrates and fruits. [5]

When temperature rises during the day, Conepatus semistriatus finds shelter in cool burrows and rests to maintain its body temperature and prevent water loss. Although C. semistriatus are predominantly nocturnal, studies show there is no significant correlation between brightness and activity. 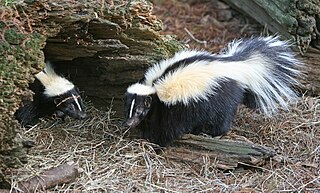 The kinkajou is a tropical rainforest mammal of the family Procyonidae related to olingos, coatis, raccoons, and the ringtail and cacomistle. It is the only member of the genus Potos and is also known as the "honey bear". Kinkajous are arboreal, a lifestyle they evolved independently; they are not closely related to any other tree-dwelling mammal group. 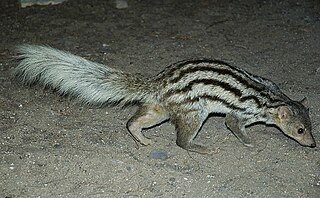 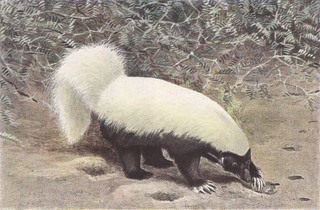 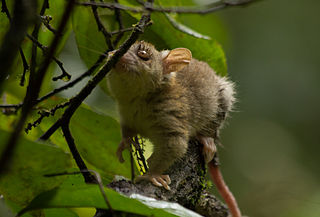 The bare-tailed woolly opossum is an opossum from South America. It was first described by Swedish zoologist Carl Linnaeus in 1758. The bare-tailed woolly opossum is characterized by a gray head, brown to gray coat, orange to gray underside and a partially naked tail. It is nocturnal and solitary; there is hardly any social interaction except between mother and juveniles and in mating pairs. The opossum constructs nests in tree cavities, and its litter size ranges from one to seven. Gestation lasts 25 days, and the juveniles exit the pouch after three months; weaning occurs a month later. The bare-tailed woolly opossum inhabits subtropical forests, rainforests, secondary forests, and plantations; its range extends from northern Venezuela to northeastern and southcentral Brazil. The IUCN classifies this opossum as least concern. 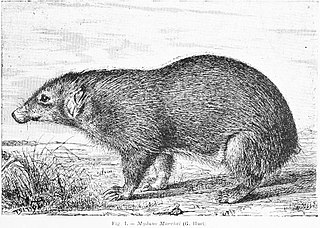 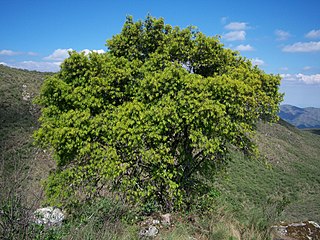 Podocarpus parlatorei is a species of tree in the family Podocarpaceae and native to Argentina and Bolivia, where it grows on steep hillsides on the eastern flanks of the Andes. It has been harvested commercially in the past but is now protected under a CITES treaty. The International Union for Conservation of Nature has assessed its status as being "near threatened". 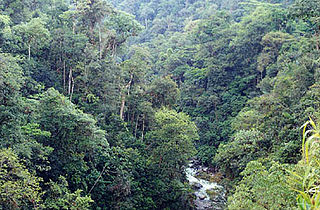 Podocarpus National Park is a national park located in the provinces of Zamora Chinchipe and Loja, in the south-east of Ecuador. It was created in 1982.