The Asian palm civet (Paradoxurus hermaphroditus) is a viverrid native to South and Southeast Asia. Since 2008, it is IUCN Red Listed as Least Concern as it accommodates to a broad range of habitats. It is widely distributed with large populations that in 2008 were thought unlikely to be declining. [1] In Indonesia, it is threatened by poaching and illegal wildlife trade; buyers use it for the increasing production of kopi luwak, [3] a form of coffee that involves ingestion and excretion of the beans by the animal.

Asian palm civets are claimed to be the carrier that transmitted SARS from horseshoe bats to humans. [4]

The Asian palm civet's long, stocky body is covered with coarse, shaggy hair that is usually greyish in colour. It has a white mask across the forehead, a small white patch under each eye, a white spot on each side of the nostrils, and a narrow dark line between the eyes. The muzzle, ears, lower legs, and distal half of the tail are black, with three rows of black markings on the body. Its head-to-body length is about 53 cm (21 in) with a 48 cm (19 in) long unringed tail. It weighs 2 to 5 kg (4.4 to 11.0 lb). Its anal scent glands emit a nauseating secretion as a chemical defense when threatened or upset. [5]

It is also present in parks and suburban gardens with mature fruit trees, fig trees, and undisturbed vegetation. Its sharp claws allow climbing of trees and house gutters. In most parts of Sri Lanka, palm civets are considered a nuisance since they litter in ceilings and attics of common households, and make loud noises fighting and moving about at night.[ citation needed ]

Palawan and Borneo specimens are genetically close, so the Asian palm civet on Palawan island might have dispersed from Borneo during the Pleistocene. It is possible that people later introduced Asian palm civet into other Philippines islands. [7] [8]

The Asian palm civet is thought to lead a solitary lifestyle, except for brief periods during mating. It is both terrestrial and arboreal, showing a nocturnal activity pattern with peaks between late evening until after midnight. [6] It is usually active between dawn and 4:00 in the morning, but less active during nights when the moon is brightest. [9]

The Asian palm civet is an omnivore feeding foremost on fruits such as berries and pulpy fruits. It thus helps to maintain tropical forest ecosystems via seed dispersal. [6] It eats chiku, mango, rambutan, and coffee, but also small mammals and insects. It plays an important role in the natural regeneration of Pinanga kuhlii and P. zavana palms at Gunung Gede Pangrango National Park. [11] It also feeds on palm flower sap, which when fermented becomes palm wine, a sweet liquor ("toddy"). Because of this habit, it is called the toddy cat.[ citation needed ]

Due to its solitary and nocturnal habits, little is known about its reproductive processes and behaviour. [12] In March 2010, a pair of palm civets was observed when attempting to mate. The pair copulated on the tree branch for about five minutes. During that period, the male mounted the female 4–5 times. After each mounting, the pair separated for a few moments and repeated the same procedure. After completion of mating, the pair frolicked around for some time, moving from branch to branch on the tree. The animals separated after about six minutes and moved off to different branches and rested there. [13]

In some parts of its range Asian palm civets are hunted for bushmeat and the pet trade. [14] In southern China it is extensively hunted and trapped. Dead individuals were found with local tribes where it is killed for its meat, in Coimbatore, Tamil Nadu, and Agra, Uttar Pradesh, between 1998 and 2003 in India. [1]

The oil extracted from small pieces of the meat kept in linseed oil in a closed earthen pot and regularly sunned, is used indigenously as a cure for scabies. [15]

Kopi luwak is coffee prepared using coffee beans that have been subjected to ingestion and fermentation in the gastrointestinal tract of the Asian palm civet, which is called luwak in Indonesia. Caffeine content in both Arabica and Robusta luwak coffee is lower than in unfermented coffee. [16] Large deformation mechanical rheology testing revealed that civet coffee beans are harder and more brittle in nature than their control counterparts indicating that digestive juices enter into the beans and modify the micro-structural properties of these beans. Proteolytic enzymes cause substantial breakdown of storage proteins. [17]

Kopi luwak is traditionally made from the faeces of wild civets, however, due to it becoming a trendy drink, civets are being increasingly captured from the wild and fed coffee beans to mass-produce this blend. Many of these civets are housed in battery cage systems which have been criticised on animal welfare grounds. [18] [19] The impact of the demand for this fashionable coffee on wild palm civet populations is yet unknown but may constitute a significant threat. In Indonesia, the demand for Asian palm civets appears to be in violation of the quota set for pets. [3]

Paradoxurus hermaphroditus is listed on CITES Appendix III. [1] There is a quota in place in Indonesia, precluding trade from certain areas, setting a cap on the number of civets that can be taken from the wild, and allowing only 10% of those removed from the wild to be sold domestically. This quota is largely ignored by hunters and traders and is not enforced by authorities. [20] This species has become popular as a pet in Indonesia in recent years, causing a rise in the numbers found in markets in Java and Bali. The majority of the animals sold as pets originate from the wild. The high numbers of animals seen, lack of adherence to the quota and lack of enforcement of the laws are causes for conservation concern. [14]

Viverra hermaphrodita was the scientific name proposed by Peter Simon Pallas in 1777. [22] It is the nominate subspecies and ranges in Sri Lanka and southern India as far north as the Narbada River. [21] Several zoological specimens were described between 1820 and 1992: [2]

The taxonomic status of these subspecies has not yet been evaluated. [1]

In Philippine mythology, the upland Bagobo people believe in a being named Lakivot was said to be a huge and powerful palm civet who can talk. Lakivot defeated various monsters, including the one-eyed monster Ogassi and the busaw beings who guarded the Tree of Gold, which had the Flower of Gold that he sought. He was eventually transformed into a handsome young man, and married the person to whom he gave the Flower of Gold. [29] 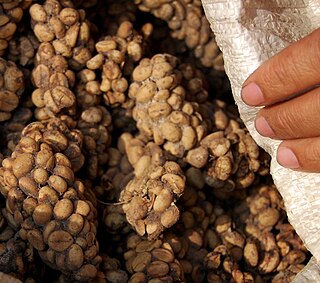 Kopi luwak is a coffee that consists of partially digested coffee cherries, which have been eaten and defecated by the Asian palm civet. It is therefore also called civet coffee. The cherries are fermented as they pass through a civet's intestines, and after being defecated with other fecal matter, they are collected. Asian palm civets are increasingly caught in the wild and traded for this purpose. 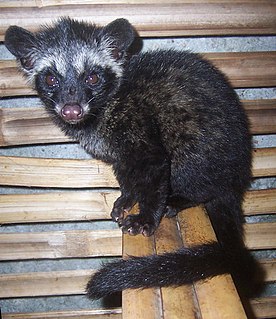 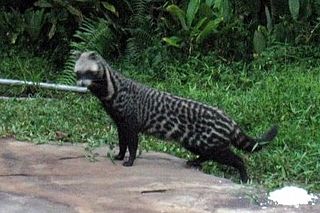 The Herveys Range Heritage Tea Rooms are an historical cafe located at the top of the Hervey Range, approximately 32 kilometres (20 mi) north-west of Townsville in North Queensland, Australia. The tea rooms are famous for being the only cafe in Queensland to include kopi luwak coffee on their menu, hailed as the most expensive coffee in the world. 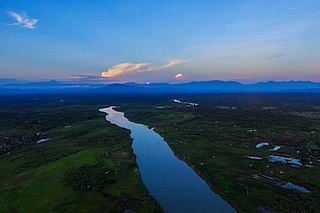 Trung Nguyên is a Vietnamese business group involved in the production, processing and distribution of coffee. Trung Nguyên is the largest and domestic coffee brand within Vietnam, and exports its products to more than 60 countries, including major markets such as G7 countries, United States, European Union, United Kingdom, Germany, China, Canada, Russia, Japan, Dubai and ASEAN including Singapore. 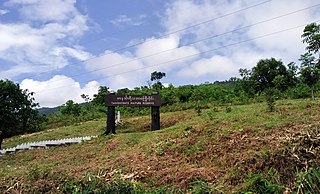