Last updated October 11, 2020
This article is about the species of linsang. For the genus of linsangs, see Poiana (genus).

The Central African oyan's body is slender and long, with an elongated head and a pointed muzzle. Its fur is yellowish to reddish brown with darker spots on the back and flanks. Its throat and belly are lighter in colour and without spots. Its tail has 9 to 14 dark rings. Its body is 33–43 cm (13–17 in) long, and the tail about the same length. Its legs are short, and the soles of its feet hairy. Females are slightly smaller than males. [3]

The Central African oyan is endemic to Cameroon, Equatorial Guinea, Gabon, the Central African Republic, the Republic of the Congo, and the Democratic Republic of the Congo east to the Albertine Rift. It lives in lowland and montane tropical rainforests. [1] In Gabon, a camera-trap recorded an individual on the forest floor. [4] In Gabon's Moukalaba-Doudou National Park, it was also recorded only in forested areas. [5]

The Central African oyan lives foremost in the canopy, but has rarely been observed on the ground. It is nocturnal and hunts small rodents and birds, but also feeds on insects. [3]

The Central African oyan was first described in 1842 as Genetta richardsonii by T. R. H. Thomson based on a zoological specimen collected in Fernando Po. [7] In 1864, John Edward Gray subordinated it to the genus Poiana. [8]

The Central African oyan is possibly threatened by deforestation and bushmeat hunting. [1] 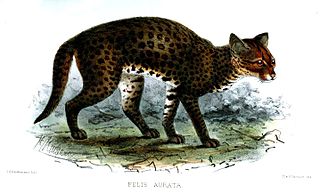 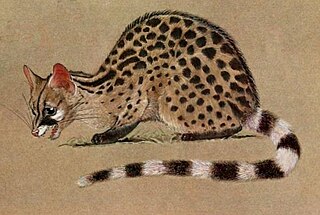 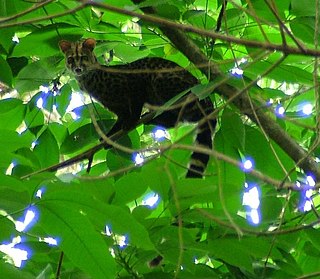 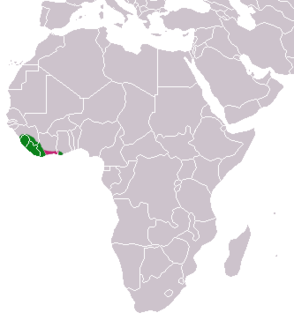 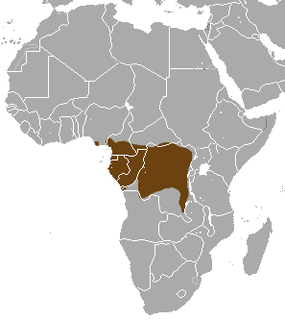