A township is a type of municipality in the Canadian province of Ontario. They can have either single-tier status or lower-tier status.

Under the former Municipal Act, 1990, a township was a type of local municipality. [4] Under this former legislation, a locality with a population of 1,000 or more could have been incorporated as a township by Ontario's Municipal Board upon review of an application from 75 or more residents of the locality. [4] It also provided that a township could include "a union of townships and a municipality composed of two or more townships". [4]

In the transition to the Municipal Act, 2001, these requirements were abandoned and, as at December 31, 2002, every township that: [5]

The current legislation also provides lower and single-tier municipalities with the authority to name themselves as "townships", or other former municipal status types such as "cities", "towns" or "villages", or generically as "municipalities". [6]

Wellington County is a county located in Southwestern Ontario, Canada and is part of the Greater Golden Horseshoe. The County, made up of two towns and five townships, is predominantly rural in nature. However many of the residents in the southern part of the County commute to urban areas such as Guelph, Kitchener, Waterloo, Brampton, Mississauga, Toronto and Hamilton for employment. The northern part of the county is made up of mainly rural farming communities, except for a few larger towns such as Mount Forest and Arthur. According to the 2016 Census, the population of the County was 90,932.

Drayton Valley is a town in central Alberta, Canada. It is located on Highway 22, approximately 133 kilometres (83 mi) southwest of Edmonton. It is surrounded by Brazeau County, known for its vast oil fields. The town is located between the North Saskatchewan River and the Pembina River.

Ponoka County is a municipal district in Alberta, Canada. It covers 721,396 acres (2,919 km2) and it claims to "embody the essence of rural Alberta". 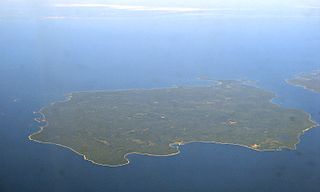 Cockburn Island is an island and township municipality in the Canadian province of Ontario, located in the Manitoulin District. It is separated from the westernmost point of Manitoulin Island by the Mississagi Strait, and from Michigan's Drummond Island by the False Detour Channel. The island is incorporated as and coterminous with the municipal Township of Cockburn Island. 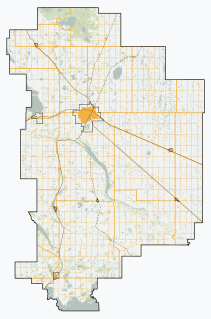 Camrose County is a municipal district in central Alberta, Canada. It is located in Census Division 10, around the City of Camrose.

The County of Newell is a municipal district in southern Alberta, Canada. Located in Census Division No. 2, its municipal office is located south of the City of Brooks. 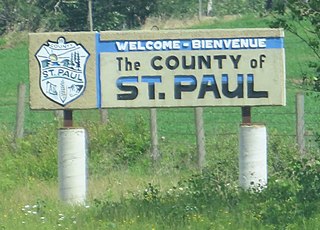 The County of St. Paul No. 19 is a municipal district in eastern central Alberta, Canada. Located in Census Division No. 12, its municipal office is located in the Town of St. Paul.

Alberta has provincial legislation allowing its municipalities to conduct municipal censuses between April 1 and June 30 inclusive. Municipalities choose to conduct their own censuses for multiple reasons such as to better inform municipal service planning and provision, to capitalize on per capita based grant funding from higher levels of government, or to simply update their populations since the last federal census.

Bedeque and Area is a municipality that holds community status in Prince Edward Island, Canada. It was formed through the amalgamation of the communities of Bedeque and Central Bedeque on November 17, 2014. It had a population of 310 in 2011.