The Nilgiri tahr (Nilgiritragus hylocrius) is an ungulate that is endemic to the Nilgiri Hills and the southern portion of the Western and Eastern Ghats in the states of Tamil Nadu and Kerala in southern India. It is the state animal of Tamil Nadu. [2] Despite its local name, it is more closely related to the sheep of the genus Ovis than the ibex and wild goats of the genus Capra .

In Tamil, the Nilgiri tahr is called வரையாடு (varaiaadu). The word varaiaadu is derived from the Tamil words wurrai meaning "precipice" and aadu meaning "goat". The word in ancient Tamil was வருடை (varudai). In Malayalam, the word is വരയാട് (varyaadu). [2] The Nilgiri tahr was described as Capra warryato by Gray. [3]

Its closest relatives are sheep (genus Ovis). Until 2005, it was placed with the Himalayan tahr (Hemitragus jemlahicus) and the Arabian tahr (Arabitragus jayakari) in the genus Hemitragus. However, it has recently been transferred to a new genus Nilgiritragus because it is genetically more similar to members of the genus Ovis , than to other tahrs. [6]

The Nilgiri tahr is a stocky goat with short, coarse fur and a bristly mane. Males are larger than females and of darker colour when mature. Both sexes have curved horns, reaching up to 40 cm (16 in) for males and 30 cm (12 in) for females. Adult males weigh 80 to 100 kg (180 to 220 lb) and stand about 100 cm (39 in) tall at the shoulder. Adult males develop a light grey area on their backs, thus are called "saddlebacks". [2]

The Nilgiri tahr can be found only in India. It inhabits the open montane grassland habitat of the South Western Ghats montane rain forests ecoregion. At elevations from 1,200 to 2,600 m (3,900 to 8,500 ft), the forests open into large grasslands interspersed with pockets of stunted forests, locally known as sholas . These grassland habitats are surrounded by dense forests at the lower elevations. The Nilgiri tahrs formerly ranged over these grasslands in large herds, but hunting and poaching in the 19th century reduced their population. [1] [7]

As few as 100 Nilgiri tahrs were left in the wild by the end of 20th century. Since that time, their numbers have increased somewhat; in a comprehensive study of the Nilgiri tahr population in Western Ghats, the WWF-India has put the population at 3,122. [8] Their range extends over 400 km (250 mi) from north to south, and Eravikulam National Park is home to the largest population. Per the wildlife census conducted by Kerala forest department in association with volunteers from College of Forestry and Veterinary Science under Kerala Agricultural University, from April 24–28, 2014, the number of animals in Eravikulam National Park has increased to 894 individuals. This is the highest ever count recorded in the national park, with the first census in 1996 finding only 640 tahrs. [7] The other significant concentration is in the Nilgiri Hills, with smaller populations in the Anamalai Hills, Periyar National Park, Palani Hills, and other pockets in the Western Ghats south of Eravikulam, almost to India's southern tip. A small population of tahrs numbering around 200 is known to inhabit the Boothapandi, Azhakiyapandipuram, Velimalai, Kulasekaram, and Kaliyal Ranges in the Kanyakumari district of Tamil Nadu [9] and another small herd of less than 30 animals is known to inhibit Ponmudi Hills in Trivandrum district of Kerala. [10]

The Western Ghats, is a mountain range that covers an area of 160,000 km2 (62,000 sq mi) in a stretch of 1,600 km (990 mi) parallel to the western coast of the Indian peninsula, traversing the states of Karnataka, Goa, Maharashtra, Gujarat, Kerala, and Tamil Nadu. It is a UNESCO World Heritage Site and is one of the eight hotspots of biological diversity in the world. It is sometimes called the Great Escarpment of India. It contains a very large proportion of the country's flora and fauna, many of which are only found in India and nowhere else in the world. According to UNESCO, the Western Ghats are older than the Himalayas. They influence Indian monsoon weather patterns by intercepting the rain-laden monsoon winds that sweep in from the south-west during late summer. The range runs north to south along the western edge of the Deccan Plateau, and separates the plateau from a narrow coastal plain, called Konkan, along the Arabian Sea. A total of thirty-nine areas in the Western Ghats, including national parks, wildlife sanctuaries and reserve forests, were designated as world heritage sites in 2012 – twenty in Kerala, ten in Karnataka, six in Tamil Nadu and four in Maharashtra. 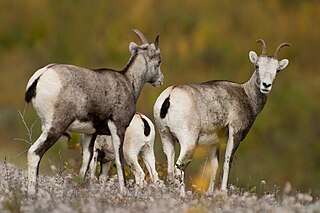 Idukki (ഇടുക്കി), IPA: [iɖukːi], is a district in the Indian state of Kerala. It was constituted on 26 January 1972, by splitting the district of Kottayam into two parts. Its division was previously headquartered at Kottayam city, but moved to Kuyilimala near Painavu and Cheruthoni in June 1976. Idukki district lies amid the Cardamom Hills of Western Ghats in Kerala.

The South Western Ghats montane rain forests is an ecoregion in South India, covering the southern portion of the Western Ghats in Karnataka, Kerala and Tamil Nadu at elevations from 1,000 to 2,695 m. Annual rainfall in this ecoregion exceeds 2,800 mm (110 in).

Ponmudi also known as Kashmir of Kerala is a hill station in the Peringamala gramapanchayath of Trivandrum District of Kerala in India. It is located 22km west of vithura town, 53 km north-east of Trivandrum City, 78 km south-east of Varkala town and 69 km north-east of Kovalam Beach at an altitude of 1,100 m (3,600 ft). Ponmudi (Varayadumotta) peak is a part of the Western Ghats mountain range that runs parallel to the Arabian Sea. Ponmudi is also called Kashmir of Kerala and is a popular honeymoon destination in South India. The normal temperature of Ponmudi is between 18 and 25 °C.

Sholas are the local name for patches of stunted tropical montane forest found in valleys amid rolling grassland in the higher montane regions of South India, largely in Kerala, Karnataka and Tamilnadu. These patches of shola forest are found mainly in the valleys and are usually separated from one another by undulating montane grassland. The shola and grassland together form the shola-grassland complex or mosaic. All such high-altitude grasslands do not have sholas in their valleys, especially if they are isolated from other such meadows, such as the meadows found in the Idamalayar Reserve Forest in Ernakulam district of Kerala. The word 'Shola' is probably derived from the Tamil language word cÕlai (சோலை) meaning grove.

Anamudi is a mountain located in Ernakulam district and Idukki district of the Indian state of Kerala. It is the highest peak in the Western Ghats and in South India, at an elevation of 2,695 metres (8,842 ft) and a topographic prominence of 2,479 metres (8,133 ft). The name Anamudi literally translates to "elephant's head" a reference to the resemblance of the mountain to an elephant's head. Anamudi is the highest mountain in peninsular India as well as the largest mountain in Kerala. Meanwhile, the highest independent mountain in Kerala is the Cheriyam mountain in Malappuram district. Cheriyam mountain is located at an elevation of 613 m (2,011 ft) above sea level.

The Anaimalais or Anamala, also known as the Elephant Mountains, are a range of mountains in the southern Western Ghats and span the border of western Tamil Nadu(Coimbatore district and Tiruppur district) and central Kerala(Palakkad district, Thrissur district, Ernakulam district, and Idukki district) in Southern India. The name anamala is derived from the Tamil word aanai, the Malayalam word aana, meaning elephant, or from tribal languages. Mala or Malai means 'hill', and thus 'Elephant hill'.

The term Malabar rainforests refers to one or more distinct ecoregions recognized by biogeographers: 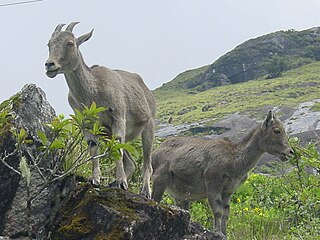 Mukurthi National Park (MNP) is a 78.46 km2 (30.3 sq mi) protected area located in the western corner of the Nilgiris Plateau west of Ootacamund hill station in the northwest corner of Tamil Nadu state in the Western Ghats mountain range of South India. The park was created to protect its keystone species, the Nilgiri tahr. 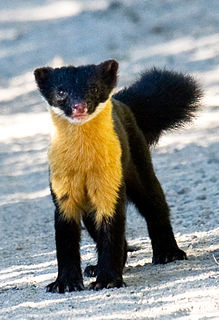 The Nilgiri marten is the only marten species native to southern India. It lives in the hills of the Nilgiris and parts of the Western Ghats. With only around a thousand members left it is listed as Vulnerable on the IUCN Red List.

The Nilgiri Mountains form part of the Western Ghats in western Tamil Nadu, India. At least 24 of the Nilgiri Mountains' peaks are above 2,000 metres (6,600 ft), the highest peak being Doddabetta, at 2,637 metres (8,652 ft). The Nilgiri Biosphere Reserve is located here.

The Agasthyamala Biosphere Reserve is a biosphere reserve in India established in 2001, located in the southernmost end of the Western Ghats and includes 3,500.36 km2 (1,351.50 sq mi) of which 1828 km2 is in Kerala and 1672.36 km2 is in Tamil Nadu. It encompass the wildlife sanctuaries Shendurney Wildlife Sanctuary, Peppara Wildlife Sanctuary, Neyyar Wildlife Sanctuary, and Kalakkad Mundanthurai Tiger Reserve.

Mukurthi Peak is one of the highest peaks in the Western Ghats, situated on the border of Udagamandalam taluk, Nilgiris, Tamil Nadu, Nilambur taluk, Malappuram, and Kerala in India. It reaches an altitude of 2,554 m (8,379ft), and is the fifth-highest peak in South India.

The Pothigai Hills, also known as Agasthiyar Mountain is a 1,866-metre (6,122 ft)-tall peak in the southern part of the Western Ghats of South India. The peak lies in the border of Kerala and Tamil Nadu.

Karian Shola National Park is a protected area in the Western Ghats, India, nominated as a national park in 1989. The Western Ghats are a chain of mountains running down the west of India parallel with the coast some 30 to 50 km inland. They are not true mountains, but the edge of a fault that resulted about 150 million years ago as the subcontinent of India split from Gondwanaland. They are older than the Himalayan mountain range and are clothed in ancient forests. They influence the weather in India as they intercept the incoming monsoon storm systems. The greatest rainfall occurs between June and September during the southwest monsoon, with lesser amounts falling in the northeast monsoon between October and November. The Western Ghats are a UNESCO World Heritage Site and are considered to be one of the eight most important "hotspots" of biological diversity in the world.

New Amarambalam reserved forest is a reserved forest in the Western Ghats, situated in the Malappuram District of Kerala state of India. It extends till Silent Valley National Park of the Palakkad District to the south and to Nadugani in the Nilgiri District of Tamil Nadu to the North. It is under the Karimpuzha Wildlife Sanctuary.