A commemorative plaque, or simply plaque, or in other places referred to as a historical marker or historic plaque, is a plate of metal, ceramic, stone, wood, or other material, typically attached to a wall, stone, or other vertical surface, and bearing text or an image in relief, or both, to commemorate one or more persons, an event, a former use of the place, or some other thing. Many modern plaques and markers are used to associate the location where the plaque or marker is installed with the person, event, or item commemorated as a place worthy of visit. [1] A monumental plaque or tablet commemorating a deceased person or persons, can be a simple form of church monument. Most modern plaques affixed in this way are commemorative of something, but this is not always the case, and there are purely religious plaques, or those signifying ownership or affiliation of some sort. A plaquette is a small plaque, but in English, unlike many European languages, the term is not typically used for outdoor plaques fixed to walls.

The Benin Empire, which flourished in present-day Nigeria between the thirteenth and nineteenth centuries, had an exceedingly rich sculptural tradition. One of the kingdom's chief sites of cultural production was the elaborate ceremonial court of the Oba (divine king) at the palace in Benin. Among the wide range of artistic forms produced at the court were rectangular brass or bronze plaques. At least a portion of these plaques, which were mainly created from the thirteenth through sixteenth centuries, commemorate significant persons and events associated with the Oba's court, [2] [3] including important battles during Benin's sixteenth century expansionary period. [4]

Brass or bronze memorial plaques were produced throughout medieval Europe from at least the early thirteenth through the sixteenth centuries as a form of sepulchral memorial generally inset into the walls of churches or surfaces of tombs. Surviving in great numbers, they were manufactured from sheet brass or latten, very occasionally coloured with enamels, and tend to depict highly conventional figures with brief inscriptions. [5] [6]

Other historical markers are created by local municipalities, non-profit organizations, companies, or individuals. In addition to geographically defined regions, individual organizations, such as E Clampus Vitus or the American Society of Mechanical Engineers, can choose to maintain a national set of historical markers that fit a certain theme. [10]

The Royal Society of Arts established the first scheme in the world for historical commemoration on plaques in 1866. [11]

The scheme was established under the influence of the British politician William Ewart and the civil servant Henry Cole. [12] The first plaque was unveiled in 1867 to commemorate Lord Byron at his birthplace, 24 Holles Street, Cavendish Square. The earliest historical marker to survive, commemorates Napoleon III in King Street, St James's, and was also put up in 1867. [13]

The original plaque colour was blue, but this was changed by the manufacturer Minton, Hollins & Co to chocolate brown to save money. [14] In 1901, the scheme was first taken over by the local government authority - the London County Council. [15]

Historical markers (Filipino: panandang pangkasaysayan) are cast-iron plaques installed all over the Philippines that commemorate people, places, personalities, structures, and events. They are installed by the National Historical Commission of the Philippines. This practice started in 1933, with NHCP's predecessor, the Philippine Historical Research and Markers Committee, which initially only marked antiquities in Manila. [16] The initial markers were placed in 1934.

Markers have their texts primarily in Filipino, while there are also markers in the English language, especially for markers that were installed during the American occupation. Markers in regional languages such as Cebuano, Ilocano, and Kapampangan, are also available and issued by the NHCP. Markers are found all over the country, and there have been markers installed outside the country. The plaques themselves are permanent signs installed in publicly visible locations on buildings, monuments, or in special locations. There are more than 1,500 markers to date. Most markers are located within Luzon, especially in Metro Manila, which has prompted the NHCP to install more markers in Visayas and Mindanao, for their greater inclusion in the national historical narrative. [17]

Issues and controversies have also been the concern of several individual markers, from the commemoration of the late dictator Ferdinand Marcos to the reaction of the Japanese embassy to the comfort women statue and marker. There have also been some markers replaced by new ones because of rectified information, theft, or loss due to war or disasters. Many American-era markers have been destroyed or were lost as casualties of World War II.

Local municipalities and cities can also install markers of figures and events of local significance. Though they may have the permission of the NHCP, these markers are barred from using the seal of the Republic of the Philippines. [18]

However, not all historical markers in the United Kingdom are blue, and many are not ceramic. There are commemorative plaque schemes in Bath, Edinburgh, Brighton, Liverpool, Loughton, and elsewhere—some of which differ from the familiar blue plaque. A scheme in Manchester uses color-coded plaques to commemorate figures, with each of the colors corresponding to the person's occupation. The Dead Comics' Society installs blue plaques to commemorate the former residences of well-known comedians, including those of Sid James and John Le Mesurier. In 2003, the London Borough of Southwark started a plaque scheme which included living people in the awards. Even in London, the Westminster City Council runs a green plaque scheme which is run alongside that of the blue plaque scheme administered by English Heritage. Other schemes are run by civic societies, district or town councils, or local history groups, and often operate with different criteria. [19] [20]

In England, the London blue plaques scheme, which is administered by English Heritage, has been running for over 140 years and is thought to be the oldest of its kind in the world. Plaques are attached to buildings to commemorate their association with important occupants or events. [21]

A range of other commemorative plaque schemes, which are typically run by local councils and charitable bodies, exists throughout the United Kingdom. These tend to use their own criteria for determining the eligibility to put up a plaque. A list of schemes currently operating in England is available on the English Heritage website.

After the First World War, the families of British and British Empire (now Commonwealth) service men and women killed during the conflict were presented with bronze Memorial Plaques. The plaques, of about 125 millimetres (4.9 in) in diameter, were designed by the eminent sculptor and medallist, Edward Carter Preston.

In the United States, various state governments have commemorative plaque schemes usually using the name historical markers. The National Trust for Historic Preservation or the U.S. Government, through the National Register of Historic Places, can bestow historical status.

State programmes, such as the California Register of Historical Resources, allow designated sites to place their own markers.

The criteria and circumstances through which a party administers the distribution of historical markers varies. For example, the "Preservation Worcester" program in Worcester, Massachusetts, allows a person to register their house or other structure of least fifty years of age if the building is well preserved, with retention of its original character and importance to the architectural, cultural or historical nature of the local neighborhood. One then pays a fee ($185 to $225) to receive the historical marker itself. [22]

In the same state, the Boston neighborhood of Charlestown, Massachusetts has its own local association to administer historical markers. [23] Other historical markers in and around Boston are administered by agencies such as The Bostonian Society [24] or are associated with sites such as those along the Freedom Trail, the Black Heritage Trail, and the Emerald Necklace. [25]

As the price of scrap metal has increased plaques have been the target of metal thieves wishing to resell the metal for cash. [37]

Plaques or, more often, plaquettes, are also given as awards instead of trophies or ribbons. Such plaques usually bear text describing the reason for the award and, often, the date of the award. 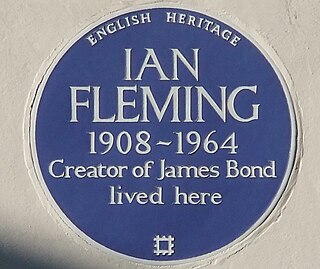 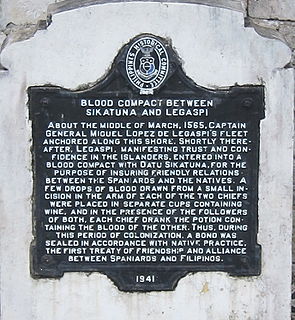 Historical markers are installed by the National Historical Commission of the Philippines (NHCP) in the Philippines and places abroad that signify important events, persons, structures, and institutions in Philippine national and local histories. The plaques themselves are permanent signs installed by the NHCP in publicly visible locations on buildings, monuments, or in special locations. Local municipalities and cities can also install markers of figures and events of local significance. Though they may have the permission of the NHCP, these markers are barred from using the seal of the Republic of the Philippines.