Thunder Bay National Marine Sanctuary and Underwater Preserve is a United States National Marine Sanctuary on Lake Huron's Thunder Bay, within the northeastern region of the U.S. state of Michigan. It protects an estimated 116 historically significant shipwrecks ranging from nineteenth-century wooden side-wheelers to twentieth-century steel-hulled steamers. There are a great many wrecks in the sanctuary, and their preservation and protection is a concern for national policymakers. [1] The landward boundary of the sanctuary extends from the western boundary of Presque Isle County to the southern boundary of Alcona County. The sanctuary extends east from the lakeshore to the international border. Alpena is the largest city in the area.

The National Oceanic and Atmospheric Administration established Thunder Bay National Marine Sanctuary and Underwater Preserve in 2000. It became the thirteenth overall and first on the Great Lakes. Original boundaries followed that of Alpena County to 83 degrees west longitude totaling 448 square miles (1,160 km2). In 2014 it was expanded to 4,300 square miles (11,000 km2). [2] The marine sanctuary contains many shipwrecks, such as the hull of package freighter SS Pewabic.

Tied to the sanctuary is the Great Lakes Maritime Heritage Center. The museum, located in Alpena on the Thunder Bay River, features exhibits about local shipwrecks and the Great Lakes, an auditorium, an archaeological conservation lab, and education areas. 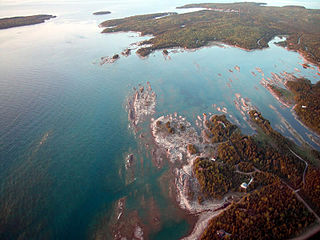 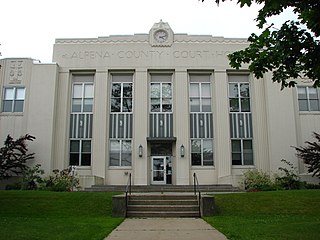 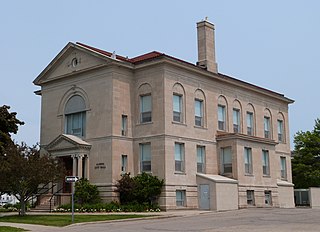 Alpena is the only city and county seat of Alpena County in the U.S. state of Michigan. The population was 10,483 at the 2010 census. After Traverse City, it is the second most populated city in the Northern Michigan region. The city is surrounded by Alpena Township, but the two are administered autonomously. It is the core city of the Alpena micropolitan statistical area, which encompasses all of Alpena County and had a total population of 28,360 at the 2010 census. 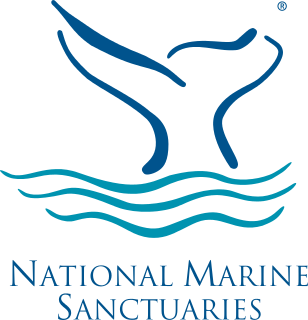 The Thunder Bay River is a 75.4-mile-long (121.3 km) river in the U.S. state of Michigan. It drains much of Alpena County and Montmorency County, and a small portion of Oscoda County, into Thunder Bay on the eastern side of northern Michigan. The mouth of the river is in the heart of downtown Alpena and is guarded by the Alpena Light Station. 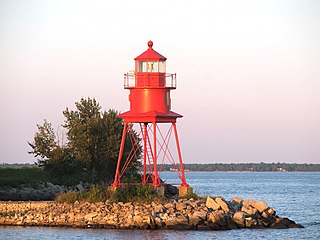 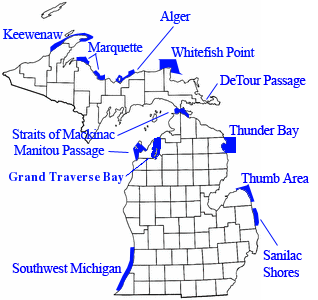 Michigan Underwater Preserves or Michigan Bottomland Preserves are protected areas of the Great Lakes on Michigan's coast. The thirteen designated areas, comprising a surface area of over 7,000 square miles (18,000 km2), are considered to be "Underwater museums" and serve to protect concentrations of shipwrecks, unique geologic features and other submerged sites through awareness and public interest. The program is currently receiving no funding from the state and does not offer any extra legal protection for the sites in the preserves. However, it is a felony to remove or disturb underwater artifacts in the Great Lakes. Persons apprehended and convicted of removing or willfully damaging underwater artifacts risk confiscation of their equipment, stiff fines and up to two years imprisonment. The Michigan Underwater Preserve Council advocates on behalf of all of Michigan's Underwater Preserves. 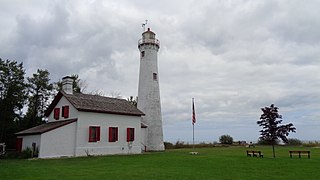 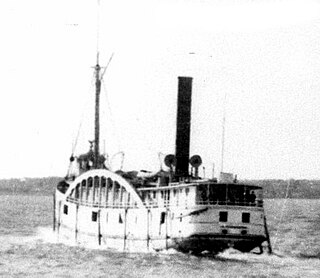 The Whitefish Point Underwater Preserve was established in 1987 to protect and conserve shipwrecks and historical resources on 376 square miles (970 km2) of Lake Superior bottomlands in Whitefish Bay and around Whitefish Point, Michigan. The formation of the Michigan Underwater Preserves helped stop controversy over artifact removal from shipwrecks of this area. The preserve is now known for deep, well preserved shipwrecks in clear water accessible to scuba divers with technical skill and experience. The preserve is one of the last places in the Great Lakes to observe shipwrecks without zebra mussel encrustation.

Michigan Islands Wilderness Area, a relatively small wilderness area of 12.5 acres (0.05 km2.), consists of Pismire Island, Scarecrow Island, and Shoe Island within the Michigan Islands National Wildlife Refuge. These three islands, which constitute part of the group of islands that make up the larger refuge, were elevated to the rank of a United States wilderness area in 1970. All three islands are noted for their infrequent human visitation and their roles as breeding grounds for freshwater wading birds, such as the great blue heron. 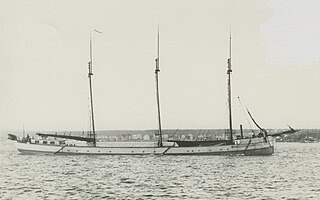 The Miztec was built as a 3-masted schooner in 1890. She was later converted to a schooner barge and served as a consort for lumber hookers on the Great Lakes. She escaped destruction in a severe 1919 storm that sank her longtime companion, the SS Myron, only to sink on the traditional day of bad luck, Friday the 13th, 1921, with the loss of all hands. She came to rest on Lake Superior's bottom off Whitefish Point near the Myron.

The SS Pewabic was a package freighter that served ports on the Upper Great Lakes. She was launched in October 1863, fitted out in the spring of 1864, and was in active service until she sank off Thunder Bay Island in Lake Huron on August 9, 1865, due to collision with her sister vessel. There was significant loss of life, with a number variously estimated at 100 or 125 passengers and crew of the stricken vessel going down with the ship. If the higher number is accepted, the loss of life made this disaster, in terms of loss of life from the sinking of a single vessel, the seventh-worst tragedy in the history of the Great Lakes, and the worst ever on Lake Huron. The sunken hull of the package freighter is a feature of the present-day Thunder Bay National Marine Sanctuary. 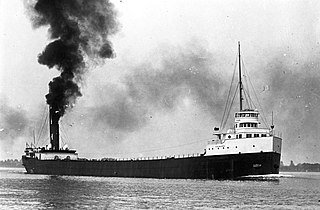 SS D.R. Hanna was a 552-foot (168 m) long American Great Lakes freighter that operated on the Great Lakes from November 12, 1906 to her sinking on May 16, 1919 after a collision with Quincy A. Shaw. D.R. Hanna was like many other freighters, and was used to haul bulk cargoes such as iron ore, coal and grain. 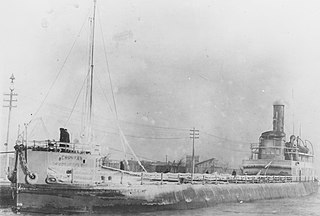 SS Choctaw was a semi-whaleback freighter built by the Cleveland Shipbuilding Company in 1892. She was a monitor vessel that was designed to evade Alexander McDougall's patent on the whaleback vessel design. She sank on July 11, 1915, on Lake Huron after a collision with the Canadian package freighter Wahcondah. For more than 100 years the location of Choctaw's wreck remained unknown until she was discovered perfectly preserved and on her side on May 23, 2017, in about 300 feet (91 m) of water. 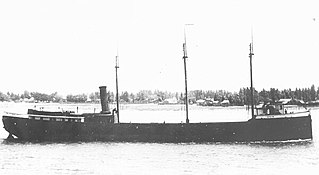 SS Ohio was a wooden hulled Great Lakes freighter that served on the Great Lakes of North America from her construction in 1875, to her sinking in September 1894 when she collided with the schooner barge Ironton which also sank in the collision. Ironton was being towed by the steamer Charles J. Kershaw, which was also towing the schooner Moonlight. Ohio was found upright in 2017, over 122 years after her sinking in over 200 feet of water off Presque Isle, Michigan. Ironton is still missing. The researchers who discovered Ohio plan to nominate her for a listing in the National Register of Historic Places.

Middle Island is an island in Lake Huron, located in Alpena Township, Alpena County, Michigan. The island is positioned little over a mile and a half from the community of Lakewood on the mainland. The Middle Island Light, listed on the National Register of Historic Places and built in 1905, lies on the eastern edge of the island. It used to be home to a Life-Saving Station. The light house was automated in 1961, and regular staffing ceased. The island is within the boundaries of the Thunder Bay National Marine Sanctuary. It preserves the lighthouse along with the shipwreck Portsmouth (1867). 45.1978°N 83.3338°W