Central California is generally thought of as the middle third of the state, north of Southern California, which includes Los Angeles, and south of Northern California, which includes San Francisco. It includes the northern portion of the San Joaquin Valley (which itself is the southern portion of the Central Valley, beginning at the Sacramento–San Joaquin River Delta), part of the Central Coast, the central hills of the California Coast Ranges and the foothills and mountain areas of the central Sierra Nevada.

Central California is considered to be west of the crest of the Sierra Nevada. East of the Sierra is Eastern California. The largest cities in the region (over 50,000 population), from most to least populous, are Fresno, Bakersfield, Stockton, Modesto, Salinas, Visalia, Clovis, Santa Maria, Merced, Turlock, Madera, Lodi, Tulare, Porterville, Hanford and Delano. Over time, droughts and wildfires have increased in frequency and become less seasonal and more year-round, further straining the region's water security. [1] [2] [3]

Central California can have widely varying definitions depending on the context. Some divide the state by lines of latitude making northern, central and southern sections. Others divide by county lines or watershed boundaries. Some definitions include more of the San Joaquin Valley and even larger portions of the Central Valley. Some have less or none of Central Coast.

Generally the widest definition of central California is the middle third of the state by latitude.[ citation needed ] The southern boundary of that area would be 35° 41', which nearly coincides with the county lines already used for the southern boundary that cross the state west-to-east below Monterey, Kings and Tulare Counties. The northern boundary of that area at 38° 51' crosses just north of the Sacramento metro area. However, the San Francisco Bay and Sacramento metro areas are traditionally considered parts of Northern California, intuitively grouped together as the northern urban center within the state. That leaves the most accepted definitions of central California to the areas south of there.[ citation needed ]

Central California as defined above includes the following 10 counties:

The following counties are partially contained within central California:

Area cities and towns listed below are major regional centers or county seats.

The following regions are entirely contained within central California:

The following regions are partially contained within central California:

Central California has opened two new universities recently, one in each of the past two decades.

Fresno Pacific University is a private university in Fresno.

The Naval Postgraduate School and Defense Language Institute are located in Monterey.

The following community college campus sites are in the region: [4]

There are no community colleges in Mariposa or San Benito Counties.

The California High-Speed Rail system is under planning. If built, it would have stations in Fresno and Merced on the initial line between San Francisco/San Jose and Los Angeles.

Freight rail is served by commercial railroads. Union Pacific Railroad and BNSF Railway operate mainline freight through the region in the Central Valley.

Variations on significant/influential definitions of the term central California are collected in this section.

The following counties are self-described as being in central California or central within California:

The following are definitions by influential organizations: 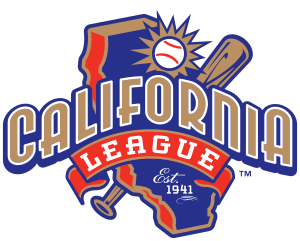 The California League is a Minor League Baseball league that operates in California. Having been classified at various levels throughout its existence, it operated at Class A-Advanced from 1990 until its demotion to Single-A following Major League Baseball's 2021 reorganization of the minor leagues. The league temporarily operated for the 2021 season as the Low-A West before reassuming its original moniker in 2022. 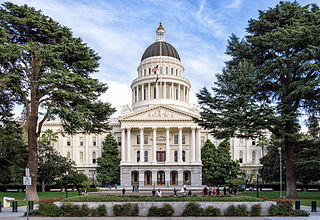 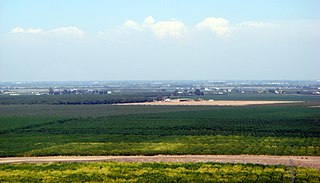 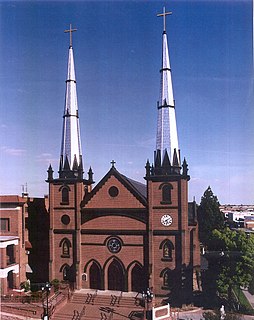 The Roman Catholic Diocese of Fresno is a particular church of the Latin Church of the Roman Catholic Church in the western region (XI) of the United States, in the State of California. It is a suffragan diocese of the Archdiocese of Los Angeles. Geographically, the diocese consists of 35,239 square miles (91,270 km2) of the Southern San Joaquin Valley of California, a portion of the Sierra Nevada and some eastern valleys. The diocese consists of all of the Counties of Fresno, Inyo, Kern, Kings, Madera, Mariposa, Merced, and Tulare. The total population of the diocesan region is about 2.4 million inhabitants, of whom 1,074,944 are registered Catholic as of 2012. For administrative purposes the diocese is sub-divided into five deaneries: Fresno City, Fresno (rural), Tulare/Kings, Kern/Inyo, and Merced/Mariposa.

The California Community College Athletic Association (CCCAA) is a sports association community colleges in the U.S. state of California. It oversees 108 athletic programs throughout the state. The organization was formed in 1929 as the California Junior College Federation to unify programs in Northern and Southern California.

The California High School Speech Association, or CHSSA, is a speech and debate organization offered to all schools in the state of California. It is the governing body for local and state speech and debate competitions in California, with higher-level competition under the auspices of the National Forensic League and the National Catholic Forensic League. The league held its first championship tournament in 1958, and continues to hold championship tournaments every April.

The Stockton–Los Angeles Road, also known as the Millerton Road, Stockton–Mariposa Road, Stockton–Fort Miller Road or the Stockton–Visalia Road, was established about 1853 following the discovery of gold on the Kern River in Old Tulare County. This route between Stockton and Los Angeles followed by the Stockton–Los Angeles Road is described in "Itinerary XXI. From Fort Yuma to Benicia, California", in The Prairie Traveler: A Hand-book for Overland Expeditions by Randolph Barnes Marcy. The Itinerary was derived from the report of Lieutenant R. S. Williamson on his topographical survey party in 1853, that was in search of a railroad route through the interior of California.

The California Digital Newspaper Collection (CDNC) is a freely-available, archive of digitized California newspapers; it is accessible through the project's website. The collection contains over six million pages from over forty-two million articles. The project is part of the Center for Bibliographical Studies and Research (CBSR) at the University of California Riverside.

Clement Renzi was an American sculptor whose figurative bronze and terra cotta works depict people, human relationships, animals, and birds. His work has been popular with collectors in California's Central Valley and is placed in more than 60 public venues, primarily in that region.

The Tulare Merchants were a minor league baseball team based in Tulare, California in 1910 and 1911. The Tulare Merchants played exclusively as members of the Class D level San Joaquin Valley League, winning the 1911 league championship in their final season of play.

The Cross Valley Corridor is a proposed passenger rail service in the California Central Valley, connecting Visalia, Hanford, Porterville, and surrounding cities to each other and California High-Speed Rail's planned Kings–Tulare Regional Station.