From the founding of the state until 2008, the responsibility of redrawing the state's Congressional, Assembly, Senate, and Board of Equalization districts had been exercised by the California state legislature.

In November 2008, California voters passed Proposition 11, the Voters FIRST Act, which took political redistricting responsibility away from the state legislature and instead established a 14-member statewide redistricting commission composed of five Republicans, five Democrats, and four not affiliated with either of those two parties but registered with another party or as decline-to-state. The California Citizens Redistricting Commission was initially charged with updating the state assembly, senate, and Board of Equalization district boundaries starting with the 2010 census. Another initiative, Proposition 20, passed in 2010, expanded the Commission responsibilities to also include the state Congressional districts.

California is divided into 53 Congressional districts.

Each district elects a representative to serve in the United States House of Representatives as part of the California's congressional delegation.

California's current districts were drawn in 2011 by a California Citizens Redistricting Commission. The new boundaries took effect for the June 12, 2012 primary.

California is divided into 40 State Senate districts, each of which elects a senator to the State Senate. Twice the size of an Assembly district, each senate district contains about 931,000 people. [1] The combined Senate roster is available from senate.ca.gov/senators . The members of the California Senate Republican caucus are listed at cssrc.us/senators.aspx .

Prior to 1968, state senate districts were restricted such that one county could only hold at most one seat. This led to the situation of Los Angeles County, with 6 million residents as of 1968, receiving 600 times less representation than residents of Alpine County and Calaveras County, some of California's least populous counties. The Reynolds v. Sims decision by the United States Supreme Court compelled all states to draw up districts that were apportioned by population rather than geography. As such, boundaries were changed such that equal representation was provided.

California is divided into 80 State Assembly districts, each of which elects a member to the State Assembly. Each assembly district contains about 466,000 people. Each Assembly member is limited to three terms by a referendum passed by California voters. In March 2008, Proposition 93 unsuccessfully attempted to change term limits to a maximum of twelve years or six terms instead of three.

The California Court of Appeal for the First District is located in San Francisco. Its jurisdiction is over the following counties: Alameda, Contra Costa, Del Norte, Humboldt, Lake, Marin, Mendocino, Napa, San Francisco, San Mateo, Solano, and Sonoma. It is divided into five non-geographical divisions with four justices each.

The California Court of Appeal for the Second District has its main courthouse in Los Angeles and the secondary courthouse, hosting Division Six, in Ventura. Division Six handles appeals from San Luis Obispo, Santa Barbara, and Ventura Counties, while Divisions One through Five, Seven, and Eight handle appeals from Los Angeles County. Each division has four justices.

The California Court of Appeal for the Third District is located in Sacramento. Its jurisdiction is over the following counties: Alpine, Amador, Butte, Calaveras, Colusa, El Dorado, Glenn, Lassen, Modoc, Mono, Nevada, Placer, Plumas, Sacramento, San Joaquin, Shasta, Sierra, Siskiyou, Sutter, Tehama, Trinity, Yolo, and Yuba. It has 11 justices and is not divided into divisions.

The California Court of Appeal for the Fourth District is unique in that it is divided into three geographical divisions that are administratively separate, which even have different case number systems, and yet remain referred to as a single district.

The Division One courthouse is located in San Diego. It handles appeals from Imperial and San Diego Counties. It has 10 justices.

The Division Two courthouse is located in Riverside. It handles appeals from Inyo, Riverside, and San Bernardino Counties. It has seven justices. It is the only California appellate court that issues a tentative opinion before oral argument.

The Division Three courthouse is located in Santa Ana. It handles appeals from Orange County. It has eight justices.

The California Court of Appeal for the Fifth District is located in Fresno. Its jurisdiction covers the following counties: Fresno, Kern, Kings, Madera, Mariposa, Merced, Stanislaus, Tulare, and Tuolumne. It has nine justices.

The California Court of Appeal for the Sixth District is located in San Jose. Its jurisdiction covers San Benito, Santa Clara, Santa Cruz, and Monterey Counties. It has seven justices.

Board of Equalization districts

The third Equalization District is made up of the following counties: Imperial, Orange, Riverside, San Diego, a portion of Los Angeles, and a portion of San Bernardino. 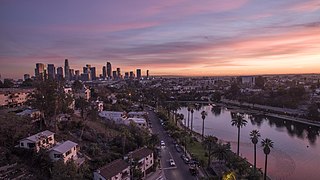 Same-sex marriage is legal in the U.S. state of California. The state first issued marriage licenses to same-sex couples June 16, 2008 as a result of the Supreme Court of California finding in In re Marriage Cases that barring same-sex couples from marriage violated the state's Constitution. The issuance of such licenses was halted from November 5, 2008 through June 27, 2013 due to the passage of Proposition 8—a state constitutional amendment barring same-sex marriages. The granting of same-sex marriages recommenced following the United States Supreme Court decision in Hollingsworth v. Perry, which restored the effect of a federal district court ruling that overturned Proposition 8 as unconstitutional. 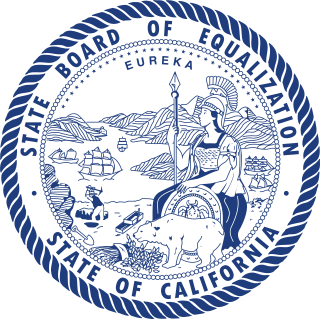 The California State Board of Equalization (BOE) is a public agency charged with tax administration and fee collection in the state of California in the United States. The authorities of the Board fall into four broad areas: sales and use taxes, property taxes, special taxes, and acting as an appellate body for franchise and income tax appeals. The BOE is the only publicly elected tax commission in the United States. It is made up of four directly elected members, each representing a district for four-year terms, along with the State Controller, who is elected on a statewide basis, serving as the fifth member. In June 2017, Governor Jerry Brown signed legislation stripping the Board of many of its powers, returning the agency to its original core responsibilities. 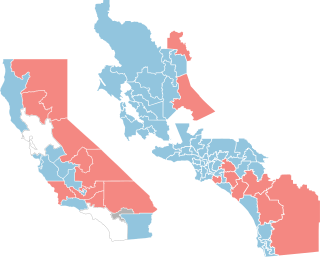 Superior courts in California are the state trial courts with general jurisdiction to hear and decide any civil or criminal action which is not specially designated to be heard in some other court or before a governmental agency. As mandated by the California Constitution, there is a superior court in each of the 58 counties in California. The superior courts also have appellate divisions which hear appeals from decisions in cases previously heard by inferior courts.

George C. Runner, Jr. is an American politician from California who served on the California State Board of Equalization, the only publicly elected tax commission in the United States. A Republican, he represented the Board's 2nd District from 2011 to 2015 and the renumbered 1st District from 2015 to 2019.

Electoral reform in California refers to efforts to change election and voting laws in the U.S. state of California.

Proposition 11 of 2008 was a law enacted by California voters that placed the power to draw electoral boundaries for State Assembly and State Senate districts in a Citizens Redistricting Commission, as opposed to the State Legislature. To do this the Act amended both the Constitution of California and the Government Code. The law was proposed by means of the initiative process and was put to voters as part of the November 4, 2008 state elections. In 2010, voters passed Proposition 20 which extended the Citizen Redistricting Commission's power to draw electoral boundaries to include U.S. House seats as well. 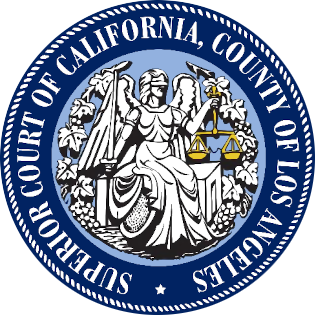 The Superior Court of California, County of Los Angeles, is the California superior court with jurisdiction over Los Angeles County, which includes the city of Los Angeles. It is the largest single unified trial court in the United States. 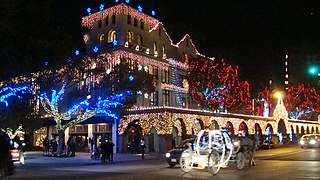 A California Congressional Redistricting Initiative, Proposition 20 was on the November 2, 2010 ballot in California. It was approved by 61.2% of voters. Election officials announced on May 5 that the proposition had collected sufficient signatures to qualify for the ballot. The measure is known by its supporters as the VOTERS FIRST Act for Congress. 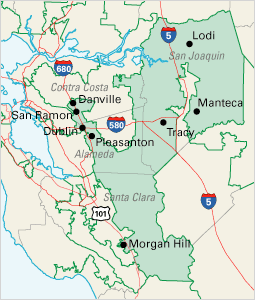 Redistricting in California has historically been highly controversial. Critics have accused legislators of attempting to protect themselves from competition by gerrymandering districts. Conflicts between the governor and the legislature during redistricting often have only been resolved by the courts.

Rider v. County of San Diego, 820 P.2d 1000 was a California Supreme Court case where the court ruled that a sales tax in San Diego County, California to fund courthouses and jails was invalid, because it failed to reach a two-thirds voter approval as required by Proposition 13.