This is a list of airlines which have an air operator's certificate issued by the Federal Aviation Administration of the United States.

Note: Destinations in bold indicate primary hubs, those in italic indicate secondary hubs, and those with regular font indicate focus cities. For legacy carriers American, Delta, and United, the three largest hubs by passenger volume are shown as Primary Hubs.

American Airlines, Inc. is a major American airline headquartered in Fort Worth, Texas, within the Dallas–Fort Worth metroplex. It is the world's largest airline when measured by fleet size, scheduled passengers carried, and revenue passenger mile. American, together with its regional partners, operates an extensive international and domestic network with almost 6,800 flights per day to nearly 350 destinations in more than 50 countries. American Airlines is a founding member of the Oneworld alliance, the third-largest airline alliance in the world. Regional service is operated by independent and subsidiary carriers under the brand name American Eagle.

United Airlines, Inc. is a major American airline headquartered at Willis Tower in Chicago, Illinois. United operates a large domestic and international route network spanning cities large and small across the United States and all six continents. Measured by fleet size and the number of routes, it is the third largest airline in the world. 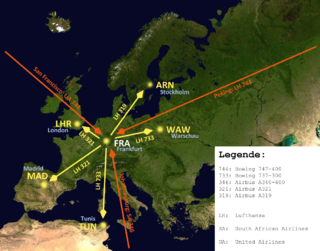 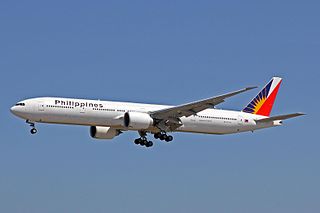