Ilmenite, also known as manaccanite, is a titanium-iron oxide mineral with the idealized formula FeTiO
3. It is a weakly magnetic black or steel-gray solid. From a commercial perspective, ilmenite is the most important ore of titanium. [4] Ilmenite is the main source of titanium dioxide, which is used in paints, printing inks [5] , fabrics, plastics, paper, sunscreen, food and cosmetics. [6]

Ilmenite crystallizes in the trigonal system. The ilmenite crystal structure consists of an ordered derivative of the corundum structure; in corundum all cations are identical but in ilmenite Fe2+ and Ti4+ ions occupy alternating layers perpendicular to the trigonal c axis. Containing high spin ferrous centers, ilmenite is paramagnetic.

Ilmenite is commonly recognized in altered igneous rocks by the presence of a white alteration product, the pseudo-mineral leucoxene. Often ilmenites are rimmed with leucoxene, which allows ilmenite to be distinguished from magnetite and other iron-titanium oxides. The example shown in the image at right is typical of leucoxene-rimmed ilmenite.

In reflected light it may be distinguished from magnetite by more pronounced reflection pleochroism and a brown-pink tinge.

Samples of ilmenite exhibit a weak response to a hand magnet.

In 1791 William Gregor discovered ilmenite, in a stream that runs through the valley just south of the village of Manaccan (Cornwall), and identified for the first time titanium as one of the constituents of ilmenite. [7]

Ilmenite most often contains appreciable quantities of magnesium and manganese and the full chemical formula can be expressed as (Fe,Mg,Mn,Ti)O3. Ilmenite forms a solid solution with geikielite (MgTiO
3) and pyrophanite (MnTiO
3) which are magnesian and manganiferous end-members of the solid solution series.

Although there appears evidence of the complete range of mineral chemistries in the (Fe,Mg,Mn,Ti)O3 system naturally occurring on Earth, the vast bulk of ilmenites are restricted to close to the ideal FeTiO
3 composition, with minor mole percentages of Mn and Mg. A key exception is in the ilmenites of kimberlites where the mineral usually contains major amounts of geikielite molecules, and in some highly differentiated felsic rocks ilmenites may contain significant amounts of pyrophanite molecules.

At higher temperatures it has been demonstrated there is a complete solid solution between ilmenite and hematite. There is a miscibility gap at lower temperatures, resulting in a coexistence of these two minerals in rocks but no solid solution. This coexistence may result in exsolution lamellae in cooled ilmenites with more iron in the system than can be homogeneously accommodated in the crystal lattice.

Altered ilmenite forms the mineral leucoxene, an important source of titanium in heavy mineral sands ore deposits. Leucoxene is a typical component of altered gabbro and diorite and is generally indicative of ilmenite in the unaltered rock.

Ilmenite is a common accessory mineral found in metamorphic and igneous rocks. It is found in large concentrations in layered intrusions where it forms as part of a cumulate layer within the silicate stratigraphy of the intrusion. Ilmenite generally occurs within the pyroxenitic portion of such intrusions (the 'pyroxene-in' level).

Magnesian ilmenite is indicative of kimberlitic paragenesis and forms part of the MARID association of minerals (mica-amphibole-rutile-ilmenite-diopside) assemblage of glimmerite xenoliths. Manganiferous ilmenite is found in granitic rocks and also in carbonatite intrusions where it may also contain anomalous niobium.

Many mafic igneous rocks contain grains of intergrown magnetite and ilmenite, formed by the oxidation of ulvospinel. Ilmenite also occurs as discrete grains, typically with some hematite in solid solution, and complete solid solution exists between the two minerals at temperatures above about 950 °C.

Titanium was identified for the first time by William Gregor in 1791 in ilmenite from the Manaccan valley in Cornwall, southwest England.

Ilmenite is named after the locality of its discovery in the Ilmensky Mountains, near Miass, Russia.

Titanium dioxide is most used as a white pigment and the major consuming industries for TiO2 pigments are paints and surface coatings, plastics, and paper and paperboard. Per capita consumption of TiO2 in China is about 1.1 kilograms per year, compared with 2.7 kilograms for Western Europe and the United States. [12]

Ilmenite can be converted into pigment grade titanium dioxide via either the sulfate process or the chloride process.

Ilmenite can also be improved and purified to rutile using the Becher process.

Ilmenite ores can also be converted to liquid iron and a titanium-rich slag using a smelting process. [14]

Ilmenite ore is used as a flux by steelmakers to line blast furnace hearth refractory. [15]

Ilmenite sand is also used as a sandblasting agent in the cleaning of diecasting dies.

Ilmenite can be used to produce ferrotitanium via an aluminothermic reduction. [16]

Although most ilmenite is recovered from heavy mineral sands ore deposits, ilmenite can also be recovered from layered intrusive sources or "hard rock" titanium ore sources.

The top four ilmenite and rutile feedstock producers in 2010 were Rio Tinto Group, Iluka Resources, Exxaro and Kenmare Resources, which collectively accounted for more than 60% of world's supplies. [18]

Ilmenite has been found in Moon rocks, [23] and is typically highly enriched in magnesium similar to the kimberlitic association. In 2005 [24] NASA used the Hubble Space Telescope to locate potentially ilmenite-rich locations. This mineral could be essential to an eventual Moon base, as ilmenite would provide a source of iron and titanium for the building of structures and essential oxygen extraction.

Ore is natural rock or sediment that contains one or more valuable minerals, typically metals, that can be mined, treated and sold at a profit. Ore is extracted from the earth through mining and treated or refined, often via smelting, to extract the valuable metals or minerals. 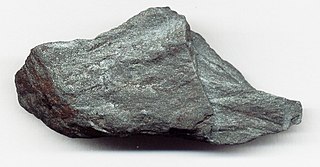 Leucoxene is a fine granular alteration product of titanium minerals. It varies in color from yellow to brown.

In geology, a placer deposit or placer is an accumulation of valuable minerals formed by gravity separation from a specific source rock during sedimentary processes. The name is from the Spanish word placer, meaning "alluvial sand". Placer mining is an important source of gold, and was the main technique used in the early years of many gold rushes, including the California Gold Rush. Types of placer deposits include alluvium, eluvium, beach placers, and paleoplacers. 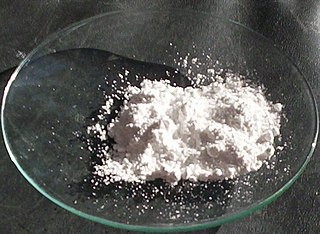 Titanium dioxide, also known as titanium(IV) oxide or titania, is the naturally occurring oxide of titanium, chemical formula TiO
2. When used as a pigment, it is called titanium white, Pigment White 6 (PW6), or CI 77891. Generally, it is sourced from ilmenite, rutile, and anatase. It has a wide range of applications, including paint, sunscreen, and food coloring. When used as a food coloring, it has E number E171. World production in 2014 exceeded 9 million tonnes. It has been estimated that titanium dioxide is used in two-thirds of all pigments, and pigments based on the oxide have been valued at $13.2 billion.

Armalcolite is a titanium-rich mineral with the chemical formula (Mg,Fe2+)Ti2O5. It was first found at Tranquility Base on the Moon in 1969 during the Apollo 11 mission, and is named for Armstrong, Aldrin and Collins, the three Apollo 11 astronauts. Together with tranquillityite and pyroxferroite, it is one of three new minerals that were discovered on the Moon. Armalcolite was later identified at various locations on Earth and has been synthesized in the laboratory. (Tranquillityite and pyroxferroite were also later found at various locations on Earth). The synthesis requires low pressures, high temperatures and rapid quenching from about 1,000 °C to the ambient temperature. Armalcolite breaks down to a mixture of magnesium-rich ilmenite and rutile at temperatures below 1,000 °C, but the conversion slows down with cooling. Because of this quenching requirement, armalcolite is relatively rare and is usually found in association with ilmenite and rutile, among other minerals. 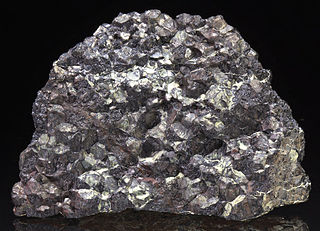 Chromite is a mineral that is an iron chromium oxide. It has a chemical formula of FeCr2O4. It is an oxide mineral belonging to the spinel group. The element magnesium can substitute for iron in variable amounts as it forms a solid solution with magnesiochromite(MgCr2O4). A substitution of the element aluminium can also occur, leading to hercynite (FeAl2O4). Chromite today is mined particularly to make stainless steel through the production of ferrochrome (FeCr), which is an iron-chromium alloy. 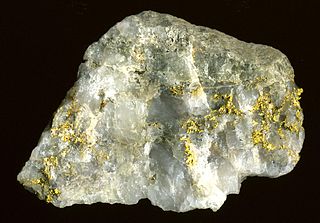 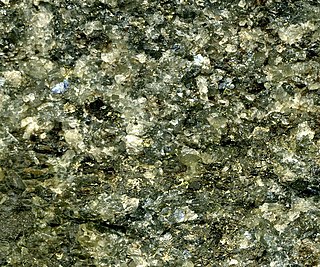 Heavy mineral sands are a class of ore deposit which is an important source of zirconium, titanium, thorium, tungsten, rare-earth elements, the industrial minerals diamond, sapphire, garnet, and occasionally precious metals or gemstones. 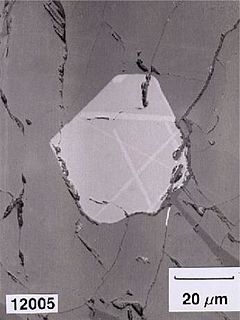 Ulvöspinel or ulvite is an iron titanium oxide mineral with formula: Fe2TiO4 or TiFe2+2O4. It forms brown to black metallic isometric crystals with a Mohs hardness of 5.5 to 6. It belongs to the spinel group of minerals, as does magnetite, Fe3O4. 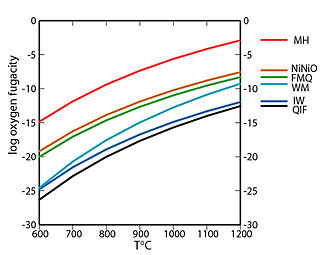 In geology, a redox buffer is an assemblage of minerals or compounds that constrains oxygen fugacity as a function of temperature. Knowledge of the redox conditions (or equivalently, oxygen fugacities) at which a rock forms and evolves can be important for interpreting the rock history. Iron, sulfur, and manganese are three of the relatively abundant elements in the Earth's crust that occur in more than one oxidation state. For instance, iron, the fourth most abundant element in the crust, exists as native iron, ferrous iron (Fe2+), and ferric iron (Fe3+). The redox state of a rock affects the relative proportions of the oxidation states of these elements and hence may determine both the minerals present and their compositions. If a rock contains pure minerals that constitute a redox buffer, then the oxygen fugacity of equilibration is defined by one of the curves in the accompanying fugacity-temperature diagram.

Kenmare Resources plc is a mining company headquartered in Dublin, Republic of Ireland. It is listed on the London Stock Exchange and Euronext Dublin under the ticker KMR. Kenmare is one of the world's largest mineral sands producers and the Company owns and operates the Moma Titanium Minerals mine. Moma is one of the world's largest titanium minerals deposits, located 160 km from the city of Nampula in Mozambique, Africa.

Schreyerite (V2Ti3O9), is a vanadium, titanium oxide mineral found in the Lasamba Hill, Kwale district in Coast Province, Kenya. It is polymorphous with kyzylkumite.

The Becher process is an industrial process used to produce rutile, a form of titanium dioxide, from the ore ilmenite. It is competitive with the chloride process and the sulfate process, which achieve similar net conversions.

Geikielite is a magnesium titanium oxide mineral with formula: MgTiO3. It is a member of the ilmenite group. It crystallizes in the trigonal system forming typically opaque, black to reddish black crystals.