Incertae sedis (Latin for 'of uncertain placement') [2] or problematica is a term used for a taxonomic group where its broader relationships are unknown or undefined. [3] Alternatively, such groups are frequently referred to as "enigmatic taxa". [4] In the system of open nomenclature, uncertainty at specific taxonomic levels is indicated by incertae familiae (of uncertain family), incerti subordinis (of uncertain suborder), incerti ordinis (of uncertain order) and similar terms. [5]

When formally naming a taxon, uncertainty about its taxonomic classification can be problematic. The International Code of Nomenclature for algae, fungi, and plants, stipulates that "species and subdivisions of genera must be assigned to genera, and infraspecific taxa must be assigned to species, because their names are combinations", but ranks higher than the genus may be assigned incertae sedis. [12]

This excerpt from a 2007 scientific paper about crustaceans of the Kuril–Kamchatka Trench and the Japan Trench describes typical circumstances through which this category is applied in discussing: [13]

...the removal of many genera from new and existing families into a state of incertae sedis. Their reduced status was attributed largely to poor or inadequate descriptions but it was accepted that some of the vagueness in the analysis was due to insufficient character states. It is also evident that a proportion of the characters used in the analysis, or their given states for particular taxa, were inappropriate or invalid. Additional complexity, and factors that have misled earlier authorities, are intrusion by extensive homoplasies, apparent character state reversals and convergent evolution.

Not included in an analysis

If a formal phylogenetic analysis is conducted that does not include a certain taxon, the authors might choose to label the taxon incertae sedis instead of guessing its placement. This is particularly common when molecular phylogenies are generated, since tissue for many rare organisms is hard to obtain. It is also a common scenario when fossil taxa are included, since many fossils are defined based on partial information. For example, if the phylogeny was constructed using soft tissue and vertebrae as principal characters and the taxon in question is only known from a single tooth, it would be necessary to label it incertae sedis. [5]

If conflicting results exist or if there is not a consensus among researchers as to how a taxon relates to other organisms, it may be listed as incertae sedis until the conflict is resolved. [5]

Other ways of denoting uncertainty

Uncertain taxonomic assigations of other degrees may be denoted using the 'cf.' (before a taxon name) and '?' (after a taxon name) specifiers. [14]

In zoological nomenclature, "incertae sedis" is not a nomenclatural term at all per se, but is used by taxonomists in their classifications to mean "of uncertain taxonomic position". [2] Glossary In botany, a name is not validly published if it is not accepted by the author in the same publication. [12] Article 36.1 In zoology, a name proposed conditionally may be available under certain conditions. [2] Articles 11 and 15 For uncertainties at lower levels, some authors have proposed a system of "open nomenclature", suggesting that question marks be used to denote a questionable assignment. [5] For example, if a new species was given the specific epithet album by Anton and attributed with uncertainty to Agenus, it could be denoted "Agenus? album Anton (?Anton)"; the "(?Anton)" indicates the author that assigned the question mark. [5] So if Anton described Agenus album, and Bruno called the assignment into doubt, this could be denoted "Agenus? album (Anton) (?Bruno)", with the parentheses around Anton because the original assignment (to Agenus) was modified (to Agenus?) by Bruno. [5] This practice is not included in the International Code of Zoological Nomenclature, and is used only by paleontologists. [5] 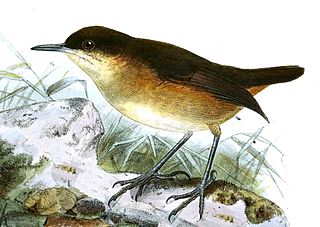 The São Tomé shorttail, also known as Bocage's longbill, is a species of passerine bird in the family Motacillidae. It has been classified as the sole member of the genus Amaurocichla, but a 2015 phylogenetic study placed it among the wagtails in the genus Motacilla. It is endemic to the central and southern parts of the island of São Tomé. Its natural habitat is subtropical or tropical moist lowland forests. This species has a small population and is threatened by habitat loss.

In biological classification, a species inquirenda is a species of doubtful identity requiring further investigation. The use of the term in English-language biological literature dates back to at least the early nineteenth century. 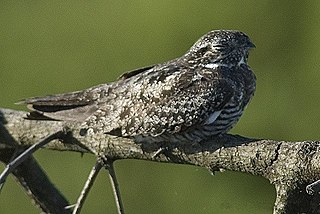 Algospongia is a class of small, calcified fossil organisms of uncertain taxonomic position, assigned in a comprehensive 2010 review to "Animalia" incertae sedis, but both prior to and post that to an unnamed phylum of Algae; other workers simply list them as Problematica. They occur in carbonate rocks of the Paleozoic era and their last representatives occur in the Late Permian geological period. Characteristic genera include Aoujgalia, Moravammina and the early-appearing Wetheredella, although the taxonomic validity of the last named genus has been disputed.