The list of closed railway stations in Britain includes the following: Year of closure is given if known. Stations reopened as heritage railways continue to be included in this list and some have been linked. Some stations have been reopened to passenger traffic. Some lines remain in use for freight and mineral traffic. (Recently closed stations are included.) 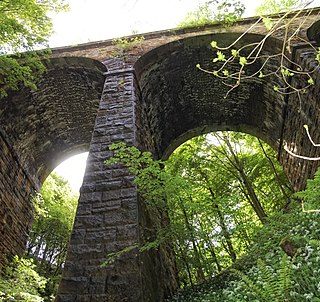 The Beeching cuts was a plan to increase the efficiency of the nationalised railway system in Great Britain. The plan was outlined in two reports: The Reshaping of British Railways (1963) and The Development of the Major Railway Trunk Routes (1965), written by Richard Beeching and published by the British Railways Board. 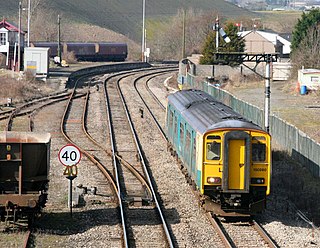 The Varsity Line is the railway route that used to link the English university cities of Oxford and Cambridge, operated by the London and North Western Railway. 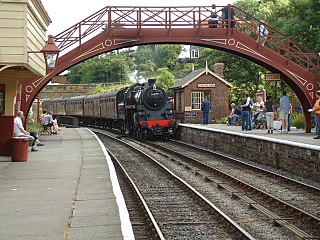 Goathland railway station is a station on the North Yorkshire Moors Railway and serves the village of Goathland in the North York Moors National Park, North Yorkshire, England. It is famous for appearing as Aidensfield station in the television series Heartbeat, as the Hogwarts Express stop at Hogsmeade in the Harry Potter films, as Mannerton in the TV series All Creatures Great and Small, and in the end of the video of "Holding Back the Years", a Simply Red song released in 1985. Holiday accommodation is available in the form of a camping coach. 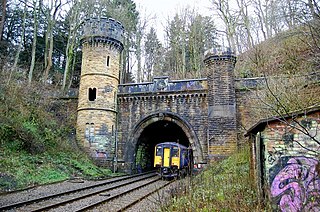 The Leeds–Northallerton railway is a partly disused railway line between West and North Yorkshire, in northern England.

The Aberdeen Railway was a Scottish railway company which built a line from Aberdeen to Forfar and Arbroath, partly by leasing and upgrading an existing railway.