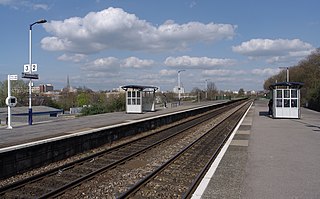 Carno is a closed railway station in Carno, on the Cambrian Line, that was part of the Newtown and Machynlleth Railway. The station was closed in 1965 as part of the Beeching Cuts though there are plans to re-open it.