Monroe is a city in and the county seat of Union County, North Carolina, United States. [6] The population increased from 26,228 in 2000 to 32,797 in 2010. It is within the rapidly growing Charlotte-Gastonia-Rock Hill, NC-SC Metropolitan area. Monroe has a council-manager form of government.

Monroe was founded as a planned settlement. In 1843, the first Board of County Commissioners, appointed by the General Assembly, selected an area in the center of the county as the county seat, and Monroe was incorporated that year. It was named for James Monroe, the country's fifth president. It became a trading center for the agricultural areas of the Piedmont region, which cultivated tobacco.

Since 1984, Ludwig drums and timpani have been manufactured in Monroe.

As part of the developing Charlotte metropolitan area, in the 21st century, Monroe has attracted new Hispanic residents. North Carolina has encouraged immigration to increase its labor pool.

Racial segregation established by a white-dominated state legislature after the end of the Reconstruction era, persisted for nearly a century into the 1960s. Following World War II, many local blacks and veterans, including Marine veteran Robert F. Williams, began to push to regain their constitutional rights after having served the United States and the cause of freedom during the war. This would come to be met with some resistance. During this time, the city had a population estimated at 12,000; the press reported an estimated 7,500 members of the Ku Klux Klan gathering in the city, many coming from South Carolina, being only 14 miles from the state border. [8]

Williams was elected as president of the local chapter of the NAACP; the National Association for the Advancement of Colored People had been founded in the early 1900s. He began to work to integrate public facilities, starting with the library and the city's swimming pool, which both excluded blacks. He noted that not only did blacks pay taxes as citizens that supported operations of such facilities, but they had been built with federal funds during the Great Depression of the 1930s. [8]

In 1958 Williams hired Conrad Lynn, a civil rights attorney from New York City, to aid in defending two African-American boys, aged nine and seven. They had been convicted of "molestation" and sentenced to a reformatory until age 21 for kissing a white girl their age on the cheek. This became known as the Kissing Case. The former First Lady, Eleanor Roosevelt, talked to the North Carolina governor to urge restraint, and the case became internationally embarrassing for the United States. After three months, the governor pardoned the boys.

During the civil rights movement years of the 1960s, there was rising in Ku Klux Klan white violence against the minority black community of Monroe. Williams began to advocate black armed self-defense. Groups known as the Deacons for Defense, were founded by other civil rights leaders in Louisiana and Mississippi.

The NAACP and the black community in Monroe provided a base for some of the Freedom Riders in 1961, who were trying to integrate interstate bus travel through southern states. They had illegally imposed segregation in such buses in the South, although interstate travel was protected under the federal constitution's provisions regulating interstate commerce. Mobs attacked pickets marching for the Freedom Riders at the county courthouse. That year, Williams was accused of kidnapping an elderly white couple, when he sheltered them in his house during an explosive situation of high racial tensions.[ citation needed ]

Williams and his wife fled the United States to avoid prosecution for kidnapping. They went into exile for years in Cuba and in the People's Republic of China. In 1969 they finally returned to the United States, after Congress had passed important civil rights legislation in 1964 and 1965. The trial of Williams was scheduled in 1975, but North Carolina finally reviewed its case and dropped the charges against him.[ citation needed ]

The Jesse Helms family was prominent among the white community during these years. Jesse Helms Sr. served as Police and Fire Chief of Monroe for many years. Jesse Helms, Jr. was born and grew up in the town, where whites were Democrats in his youth. He became a politician and was elected five terms (1973–2003) as the U.S. Senator from North Carolina, switching to the Republican Party as it attracted conservative whites. He mustered support in the South, and played a key role in helping Ronald Reagan to be elected as President of the United States. Through that period, he was also a prominent (and often controversial) national leader of the Religious Right wing of the Republican Party. The Jesse Helms Center is in neighboring Wingate, North Carolina.

Two minor league baseball teams in the Western Carolinas League were based in Monroe. The Monroe Indians were in the city in 1969, [9] while the Monroe Pirates were there in 1971. [10]

The local newspaper is The Enquirer-Journal, which is published three days a week (Wednesday, Friday and Sunday). [11] 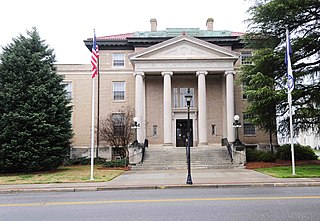 York County is a northern County in the U.S. state of South Carolina. As of the 2010 United States Census, the population was 226,073. Its county seat is the city of York, and its largest city is Rock Hill. The county is served by one interstate highway, I-77.

Union County is a county located in the U.S. state of North Carolina. As of the 2010 census, the population was 201,292. Its county seat is Monroe. Union County is included in the Charlotte-Concord-Gastonia, NC-SC Metropolitan Statistical Area.

Wayne County is a county located in east central Indiana, United States on the border with Ohio. As of the 2010 census, the population was 68,917. The county seat is Richmond. 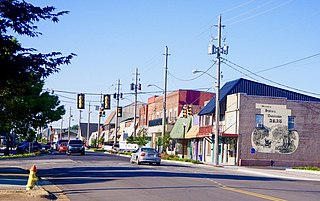 Arab is a city in Marshall and Cullman counties in the northern part of the U.S. state of Alabama, located 10 miles (16 km) from Guntersville Lake and Guntersville Dam, and is included in the Huntsville-Decatur Combined Statistical Area. As of the 2010 census, the population of the city was 8,050.

Mer Rouge is a village in Morehouse Parish, Louisiana, United States. The name is French for "Red Sea". The population was 628 at the 2010 census. It is part of the Bastrop Micropolitan Statistical Area.

Monroe is a town in Franklin County, Massachusetts, United States. The population was 121 at the 2010 census. By area, population and population density, it is the smallest town in the county; and is the second-smallest town by population in the Commonwealth, with only Gosnold having fewer residents.

Meadville is a town in and the county seat of Franklin County, Mississippi, United States, in the southwest part of the state. The population was 449 at the 2010 census, down from 519 at the 2000 census. It is situated north of the Homochitto River, which runs from the northeast to the southwest through the county on its way to its outlet at the Mississippi River.

Edenton is a town in and the county seat of Chowan County, North Carolina, United States, on Albemarle Sound. The population was 5,004 at the 2010 census. Edenton is located in North Carolina's Inner Banks region. In recent years Edenton has become a popular retirement location and a destination for heritage tourism.

Shelby is a city in and the county seat of Cleveland County, North Carolina, United States. It lies near the western edge of the Charlotte combined statistical area. The population was 20,323 at the 2010 census. Shelby is located in between Charlotte and Asheville, and has become a noted tourism and wedding destination in Western North Carolina.

Snow Hill is a town in Greene County, North Carolina, United States. The population was 1,595 at the 2010 census. It is the county seat of Greene County and is part of the Greenville Metropolitan Area. Snow Hill hosts numerous tennis tournaments during the year. Snow Hill is home to the Green Ridge Racquet Club. Many junior players and adults travel to Snow Hill in order to play in the USTA Sanctioned tournaments.

Williamston is a town in Martin County, North Carolina, United States. The population was 5,511 at the 2010 census. It is the county seat of Martin County., and is located in North Carolina's Inner Banks region. The closest major city is Greenville, approx. 28 mi to the southwest. 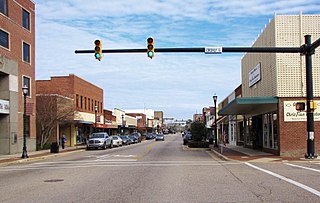 Laurinburg is a city in and the county seat of Scotland County, North Carolina, United States. Located in southern North Carolina near the South Carolina border, Laurinburg is southwest of Fayetteville and is home to St. Andrews University. The Laurinburg Institute, a historically African-American school, is also located in Laurinburg. The population at the 2010 Census was 15,962 people. 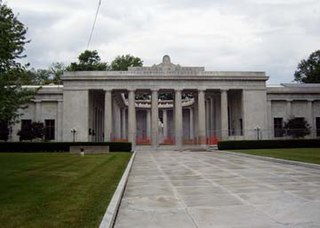 Niles is a city in Trumbull County, Ohio, United States. The city's population was 19,266 at the 2010 census. It is part of the Youngstown-Warren-Boardman, OH-PA Metropolitan Statistical Area.

Pulaski is a city and county seat of Giles County, located on the southern border of Tennessee, United States. The population was 7,870 at the 2010 census. It was named to honor the Polish-born American Revolutionary War hero Casimir Pulaski.

Chapel Hill is a town in northeastern Marshall County, Tennessee, United States. The town was named after Chapel Hill, North Carolina, by settlers from that area. The population was 1,445 as of the 2010 census.

Maxton is a town in Robeson and Scotland counties, North Carolina, United States. The population was 2,426 at the time of the 2010 U.S. Census.

Robert Franklin Williams was an American civil rights leader and author best known for serving as president of the Monroe, North Carolina chapter of the NAACP in the 1950s and into 1961. He succeeded in integrating the local public library and swimming pool in Monroe. At a time of high racial tension and official abuses, Williams promoted armed Black self-defense in the United States. In addition, he helped gain support for gubernatorial pardons in 1959 for two young African-American boys who had received lengthy reformatory sentences in what was known as the Kissing Case of 1958. It generated national and international attention and criticism of the state.

The Kissing Case is the arrest, conviction and lengthy sentencing of two prepubescent African-American boys in 1958 in Monroe, North Carolina. A white girl kissed the two boys on the cheek and later told her mother, who accused the boys of rape. The boys were then charged by authorities of molestation. Civil rights activists became involved in representing the boys. The boys were arrested in October 1958, separated from their parents for a week, beaten and threatened by investigators, then sentenced by a Juvenile Court judge.