This is a list of films that were filmed in the U.S. state of Arizona . Arizona's diverse geography make it an ideal place for making films. The deserts in the southern part of the state make it a prime location for westerns. Old Tucson Studios is a studio just west of Tucson where several film and television westerns were filmed, including 3:10 to Yuma (1957), Cimarron (1960), The Outlaw Josey Wales (1976), and Rio Bravo (1959). 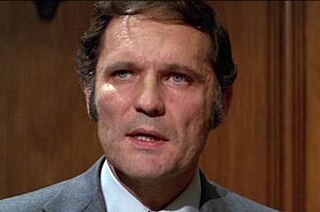 John Keith Vernon was a Canadian actor. He made a career in Hollywood after achieving initial television stardom in Canada. He was best known for playing Dean Wormer in Animal House, his role as the Mayor in Dirty Harry and as Fletcher in The Outlaw Josey Wales. 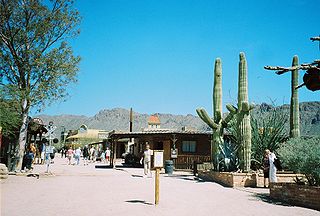 Old Tucson is an American movie studio and theme park just west of Tucson, Arizona, adjacent to the Tucson Mountains and close to the western portion of Saguaro National Park. Built in 1939 for the movie Arizona (1940), it has been used for the filming of many movies and television westerns since then, such as Gunfight at the O.K. Corral (1957), Rio Bravo (1959), El Dorado (1966), and Little House on the Prairie TV series of the 1970s-1980s. It was opened to the public in 1960, and historical tours are offered about the movies filmed there, along with live cast entertainment featuring stunt shows and shootouts.

The Prix Foy is a Group 2 flat horse race in France open to thoroughbred colts and fillies aged four years or older. It is run at Longchamp over a distance of 2,400 metres, and it is scheduled to take place each year in September.

Matthew Clark is an American actor and director with credits in both film and television. Clark has played diverse character roles in Westerns, comedies, and dramas.

Takkō Ishimori was a Japanese voice actor from Nagasaki Prefecture, Japan. He debuted in 1960, and was attached to the talent agency Arts Vision at the time of his death in 2013. He was one of the founding members of Theater Echo. He was best known for voicing Sengoku in One Piece.

Constantino Romero García was a Spanish actor, voice actor and presenter. Due to his deep voice, he was most known for dubbing into Spanish and Catalan other actors like Clint Eastwood, James Earl Jones and Arnold Schwarzenegger in the Terminator or The Expendables films. 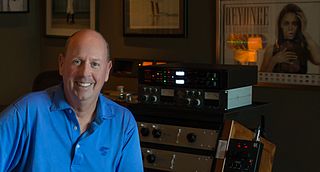 The Movies is a documentary miniseries that premiered on CNN on July 7, 2019. Produced by Tom Hanks and Gary Goetzman's studio Playtone, the six-part series will chronicle cinema of the United States, ranging from the "Golden Age of Hollywood" to the present day. It is a spin-off of Hanks and Goetzman's retrospective miniseries for CNN.

This film, television or video-related list is incomplete; you can help by expanding it with reliably sourced additions.
This page is based on this Wikipedia article
Text is available under the CC BY-SA 4.0 license; additional terms may apply.
Images, videos and audio are available under their respective licenses.