The two lists of the largest cities in Central America given below are based on two different definitions of a city, the urban agglomeration and the city proper. In both lists Central America is defined as consisting of Belize, Guatemala, Honduras, El Salvador, Nicaragua, Costa Rica and Panama. All estimates and projections given have a reference date of mid-2015.

Estimates for all agglomerations with 300,000 or more inhabitants are included. [1]

All cities proper with a population of 200,000 or more are included.

Panama is divided into ten provinces. There are three provincial-level indigenous regions.

Emberá is a comarca indígena in eastern Panama. It was created by Law Number 22 on November 8, 1983, out of the former Chepigana and Pinogana districts of the Darién Province. Its capital is Unión Chocó, and it is notable for being composed of two non-contiguous sections. 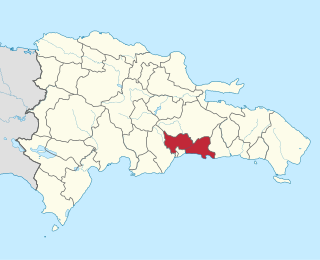 Santo Domingo is a province of the Dominican Republic. It was split from the Distrito Nacional on October 16, 2001. 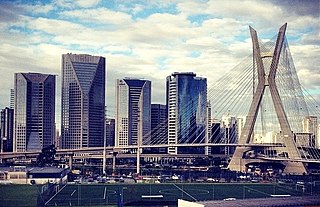 This is a list of the 50 largest cities in the Americas by population residing within city limits as of 2015, the most recent year for which official population census results, estimates or short-term projections are available for most of these cities. These figures do not reflect the population of the urban agglomeration or metropolitan area which typically do not coincide with the administrative boundaries of the city. For a list of the latter, see List of metropolitan areas in the Americas by population. These figures refer to mid-2015 populations with the following exceptions: 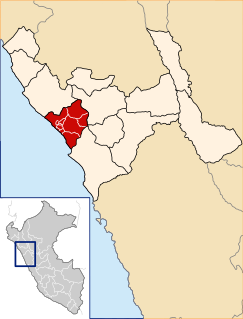 Trujillo Province is one of twelve provinces in La Libertad Region in Peru.

Talamanca is the fourth canton in the province of Limón in Costa Rica. It is the 2nd largest of Costa Rica's 81 cantons, covering an area of 2,809.93 km2 (1,084.92 sq mi), and has a population of 32,555. The county is composed of four districts, with its capital city, Bribrí, located in the Bratsi district. Talamanca houses the largest indigenous population in the country, which is composed principally of the Bribri and Cabécar groups.

Cumbal is a town and municipality in the Nariño Department, Colombia. 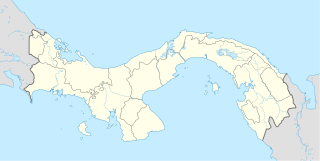