Tooting has been settled since pre-Saxon times. The name is of Anglo-Saxon origin but the meaning is disputed. It could mean the people of Tota, in which context Tota may have been a local Anglo-Saxon chieftain. [3] Alternatively it could be derived from an old meaning of the verb to tout, to look out. There may have been a watchtower here on the road to London and hence the people of the look-out post. [3]

The Romans built a road, which was later named Stane Street by the English, from London (Londinium) to Chichester (Noviomagus Regnorum), and which passed through Tooting. Tooting High Street is built on this road. In Saxon times, Tooting and Streatham (then Toting-cum-Stretham) was given to the Abbey of Chertsey. Later, Suene (Sweyn), believed to be a Viking, may have been given all or part of the land. In 933, King Athelstan is thought to have confirmed lands including Totinge (Tooting) to Chertsey Abbey. [4]

Tooting appears in the Domesday Book of 1086 as Totinges: Lower Tooting was held from Chertsey Abbey by Haimo the Sheriff (of Kent) when its assets were 1 church, ​2 1⁄2 ploughlands of land and 5 acres (2 hectares) of meadow. Its people were called to render £4 per year to their overlords. Later in the Norman period, it came into the possession of the De Gravenel family, after whom it was named Tooting Graveney. Until minor changes in the 19th century it consisted of 2 km2 (3⁄4 sq mi). [5]

Upper Tooting, or Tooting Bec (for centuries administered as part of Streatham), appears as a manor held by the Abbey of Hellouin Bec, in Normandy, thus acquiring the "Bec" in its name. Its domesday assets were 5 hides. It had ​5 1⁄2 ploughlands and so was assessed as rendering £7. [6]

As with many of South London's suburbs, Tooting developed during the late Victorian period. [7] Some development occurred in the Edwardian era but another large spurt in growth happened during the 1920s and 30s.

The Member of Parliament for Tooting is Dr Rosena Allin-Khan of the Labour Party, who was first elected in a 2016 by-election to represent the parliamentary constituency of Tooting. [13] This followed the election of her predecessor Sadiq Khan to the role of Mayor of London in May 2016.

Since the creation of the Tooting seat, it has been held by Labour, often with a marginal result against a Conservative Party challenge. Although the constituency boundaries include wards represented by both Labour and the Conservatives, the Tooting ward itself can be regarded as a Labour stronghold, electing a full slate of councillors from the party.

Tooting has a large British Asian community and has gained the nickname "land of the curry mile" due to the concentration of South Asian restaurants. [14]

The main spoken first languages are English, followed by Urdu, Polish and Gujarati. [16]

Tooting is positioned on the Northern line—with stations at the top and the bottom of the hill that slopes down the High Street, Tooting Bec and Tooting Broadway. Tooting is also served by National Rail at Tooting railway station providing a direct link south to Sutton via Wimbledon, and north to Farringdon, St Pancras and on to Luton.

It also has several bus links, with routes to and from Central London, Croydon, Sutton and Kingston amongst others. [17]

Tooting Broadway tube station is currently being considered by TfL as a stop on the future Crossrail 2 development. In addition to relieving congestion on the Northern Line, this would provide Tooting with a rapid and direct connection to major London stations such as Clapham Junction, Victoria, Tottenham Court Road and Euston. [18]

Totterdown Fields estate was designated a conservation area on 19 September 1978. It was the first London County Council cottage estate built between 1901 and 1911, containing 1244 individual houses over 38 acres (15 ha). It was influenced by Ebenezer Howard's Garden city movement and the Arts and Crafts movement. [19]

As previously mentioned, Totterdown Fields estate has considerable historical significance, being the first "cottage estate" within London and later protected from redevelopment through its designation as a conservation area. Within the London Borough of Wandsworth, Tooting has the fourth-highest number of social housing accommodation after Roehampton, Battersea and Southfields in that order. [20] Notable large post-modern estates within the area are the: Aboyne/Holborn and Hazelhurst with smaller estates including: Bevill Allen Close, Burtop Road, Copeland House, Flowersmead, Newlands and Tooting Grove. [21]

A greyhound racing track, the 'Wimbledon Stadium', was narrowly in Tooting on Plough Lane. AFC Wimbledon have plans to develop their new stadium there.

Tooting has two indoor markets, with numbers of permanent stalls. The entrances of both are situated on the same street, Tooting High Street, only a few metres apart. They both have many types of outlets, but since the 2010s have also developed a focus on street food stalls. Tooting Market is the smaller of the two; the other, The Broadway Market, is one of the largest of London's indoor markets, having more than ninety stalls, and has been active since 1936. [23] The markets tend to be very animated on Saturdays, but are both open all the weekdays, except on public holidays.

In André Charlot's West End revue The Charlot Show of 1926, Jessie Matthews and Henry Lytton, Jnr. sang "Silly Little Hill", which features the lyric "there's no fishing, there’s no shooting dear / and no cyclists fresh from Tooting dear", which they also recorded that year. [29]

The Ealing Studios film Kind Hearts and Coronets (1949), starring Alec Guinness, references Tooting Bec as the residence of one of the characters.

The BBC comedy series Citizen Smith (1977–80) was set in Tooting and popularised the cry "Freedom for Tooting!". The lead character in the series, Wolfie Smith (Robert Lindsay), was the founder of a fictional revolutionary socialist political organisation, the Tooting Popular Front. [31]

The Kitchens of Distinction (who formed in the area) recorded "On Tooting Broadway Station" on their album The Death of Cool (1992).

In 2005, a 28 km diameter crater on Mars was named after Tooting. [32] A geologic map of Tooting Crater is under preparation, and will be published[ when? ] by the U.S. Geological Survey in the United States.[ citation needed ]

Tooting was the setting for the eponymous 2013 British-Tamil crime drama Gangs of Tooting Broadway . [33]

In the BBC comedy drama Fleabag , the title character's sister Claire says she is from Tooting. [36]

In the 2020 John Lewis Christmas advert Tooting was featured on a 222 bus . 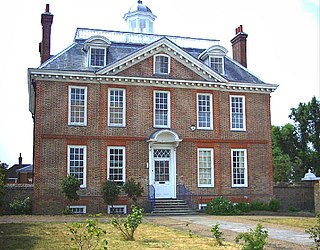 Mitcham is an area within the London Borough of Merton in South London, England. It is centred 7.2 miles (11.6 km) southwest of Charing Cross. Originally a village in the county of Surrey, today it is mainly a residential suburb. 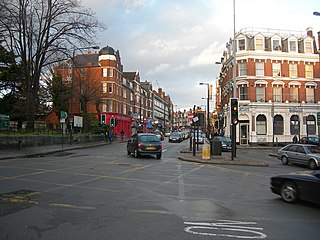 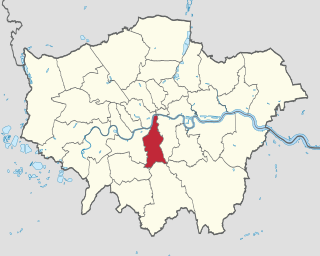 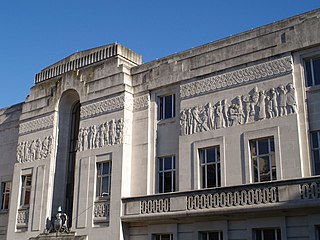 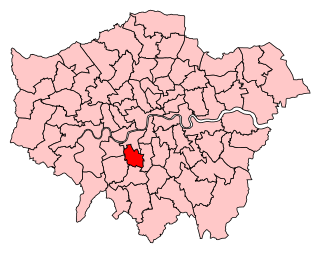 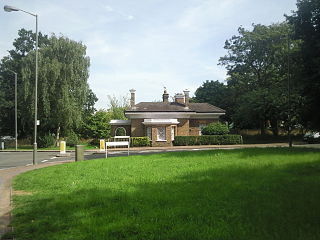 Furzedown is a ward, in both the districts of Streatham and Tooting, wholly in the Tooting Parliamentary Constituency, within the London Borough of Wandsworth in South West London. It is a mainly residential area close to Tooting Commons, which provide a large open space including Tooting Bec Lido.

Streatham Park is an area of suburban South-west London. It comprises the eastern part of Furzedown ward in the London Borough of Wandsworth, formerly in the historic parish of Streatham. It is bounded by Tooting Bec Common to the north, Thrale Road and West Road to the west, and the London to Brighton railway to the east.

Streatham High Road, some 1.8 miles (2.9 km) in length, is part of the main A23 road from London to Brighton, and is in the London Borough of Lambeth. It begins in the north at Streatham Hill railway station, being an end-on junction with Streatham Hill and continues south to Norbury where the A23 becomes London Road. Because Streatham existed in Saxon times, it is likely the road existed as early as 1068, when it is mentioned in literature.

Balham is an interchange station formed of a range of underground entrances for the London Underground ('tube') and a shared entrance with its National Rail station component. The station is in central Balham in the London Borough of Wandsworth, south London, England. The tube can be accessed on each side of the Balham High Road (A24); National Rail on the south side of the road leading east, where the track is on a mixture of light-brick high viaduct and earth embankment, quadruple track and on a brief east–west axis. 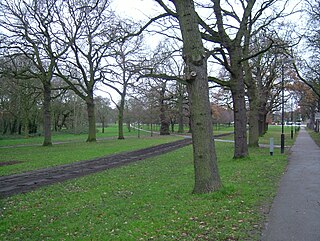