Chennai Music Season is an event hosted every Mid November–January in Chennai (formerly known as Madras) Tamil Nadu. Spanning some 9 weeks, it comprises top-flight professional and amateur musicians . [1] The traditional role of the Music Season is to allow aficionados of Carnatic music to appreciate performances by renowned artists, and to allow promising young artists to display their talent and skill. Audiences and artists come from across India and her diaspora to enjoy the season.

The Madras Music Season was first created in the 1927 by a group of individuals who later went on to establish the Madras Music Academy. [2] Concerts would be held at various venues at different places every year, before the Madras Music Academy settled on its present venue at T.T.K. Road. [2] Although the season was initially held during March/April (the Tamil month of Panguni), the timing of the season was later changed to December (the Tamil month of Maargazhi) due to more favourable weather conditions and the likelihood of attracting more tourists during this period. [2]

The All India Music Conference was held in 1927 concurrently with the annual session of Indian National Congress in Madras. A resolution was passed at the conference to formally establish the Madras Music Academy. From 1928, the academy started organizing the Music Season every year during the month of December. [3]

Previously it was a traditional month-long Carnatic music festival solely consisting of Carnatic music concerts, harikathas, lecture demonstrations (otherwise known as lec-dems) and award/title ceremonies. However, over the years it has also diversified into dance and drama, as well as non-Carnatic art forms, and is now of a duration of at least six weeks.

The Music Season has grown over the years, and has been described as one of the world's largest cultural events. [4] Generally, the concerts take place in the afternoons and nights, and consists of all sorts of Carnatic music compositions and improvisations. [5] In 2004–2005, there were over 1200 performances by about 600 artists (about 700 vocal, 250 instrumental, 200 dance, 50 drama and others). [6]

The performances are typically organised by sabhās. A Carnatic sabhaa is an organisation that helps conduct concerts and bestow titles and awards to artists to recognise talent. Most sabhaas own a hall (or two). Some smaller sabhaas rent a hall during the season. Generally, the main halls, on average, can accommodate about 300 people while the mini can take no more than 75 people. Most performances are held in such halls.

The following prominent sabhaas have regularly organised concerts during the Music Season:

Most of the Sabhas have free concerts in the morning and afternoon slots. Only the evening slots starting from around 4 pm are ticketed in most Sabhas.

All Concerts at Bharathi Vidya Bhavan are free. They start the season a bit ahead but all popular artists sing here. SIFA holds concerts at Tattvaloka, Teynampet and all concerts are free Concerts at Narada Gana Sabha mini hall, Obul reddy hall at Vani Mahal and Kamakoti hall in Krishna Gana Sabha are also usually free.

Most of the other Sabhas have advance booking for individual concerts, at the respective venues, mostly starting from First week of December. Brahma Gana Sabha and the Chennaiyil Thiruvayyaru have online ticket booking facility. 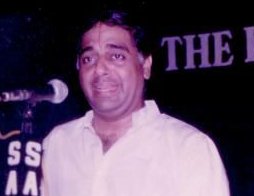 Mylapore is a neighborhood in the central part of the city of Chennai, India. It is one of the oldest residential parts of the city. It is also called Thirumayilai. The locality is claimed to be the birthplace of the celebrated Tamil philosopher Valluvar.

Neyveli Santhanagopalan is an Indian Carnatic vocalist. He has learned from masters such as Shri Thanjavur Sankara Iyer, Shri Maharajapuram Santhanam, and currently learns from Shri TN Seshagopalan. 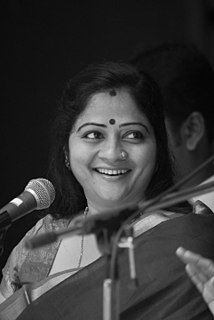 Smitha Madhav is a Carnatic Classical Singer and Bharatanatyam Dancer. Carnatic music is a system of music commonly associated with the southern part of India and one of the two main classifications of Indian Classical Music.

Nagai Muralidharan is a Carnatic violinist from India. He was awarded Kalaimamani by the State Government of Tamilnadu in 2003.

Rithvik Raja is a Carnatic Musician from India. He has performed in concerts in India and overseas. Since January 2016, Rithvik is married to Bharatanatyam artiste Shweta Prachande.

Nalli Kuppuswami Chetti is a successful textile industrialist and philanthropist. He is a liberal donor for arts, culture and education. After the death of his grandfather, Nalli Chinnasamy Chetti, in 1958, he inherited the family business trademarked Nalli Silks. He has written three Tamil books namely, Vetrikku Moondre Padigal, Needhi Noolgalil Nirvagam and Padagacheri Mahan. 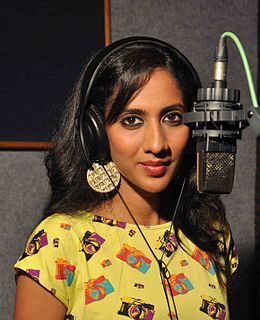 Srimathumitha is an Indian playback and Carnatic singer who sings mainly in Tamil. She has also sung in Telugu, Hindi and Kannada songs. Some of her notable songs are "Azhage Azhage" from the Movie Oru Kal Oru Kannadi, "Valayapatti Thavile" from the movie Azhagiya Tamil Magan, "Kanaa Kaanum Kalangal" from the movie 7G Rainbow Colony, and "Rathathin Rathame" from the movie Velayudham. She is one of the leading playback singers in today’s film music scenario. She has sung for leading music directors like Ilayaraja, Harris Jayaraj, Yuvan Shankar Raja, A. R. Rahman, Bharathwaj, Deva, S. A. Rajkumar, and Bharani. She emerged as the "Best Voice of 2002" in the TV Reality Show Rajageetham conducted by RAJ TV. She is the first playback singer to win the Vikadan Awards started in 2004, which was juried by late Sujatha. A. R. Rahman has featured her in 2 songs in the soundtrack of Oscar-winning movie Slumdog Millionaire. 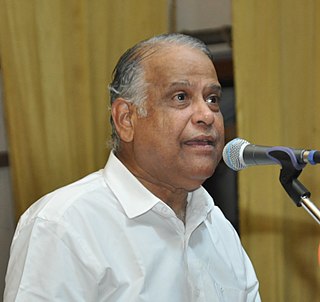 O. S. Thiagarajan is a Carnatic Musician based in Chennai. He is the son and disciple of Sangeetha Booshanam O.V.Subrahmanyam. He learnt music from Sangeetha Kalanidhi T. M. Thiagarajan, while Padmabhushan Lalgudi Jayaraman provided guidance/mentorship early in his career. An ‘A-Top’ graded artist of the All India Radio and of Doordarshan, he has been giving a large number of concerts, and is considered one of the eminent artists of his generation. He is regularly featured by all leading sabhas in Chennai as well as throughout India and has been accompanied by top accompanists such as Lalgudi Shri.G.Jayaraman, M.S. Gopalakrishnan, V.V. Subrahmanyam on violin, Palghat Mani Iyer, Dr T.K.Murthy, Palghat Raghu, Karaikudi Mani, Trichy Sankaran, Umayalpuram Sivaraman on mridanagm, Shri.G Harishankar on Kanjira and Vikku Vinayakaram on Ghatam. He has toured many countries, including USA, Canada, Australia, Singapore, Middle East, Malaysia, Hong Kong, South Africa, and many cities in Europe. He worked as Dean and Faculty of Fine Arts at Annamalai University for 5 years. He has trained many disciples who are active on the concert circuit.

Dr. Shobana Vignesh is an Indian classical and devotional vocalist and a former actor. She is popularly known as 'Mahanadhi' Shobana from her role in the film Mahanadi.