General elections were held in India on 22 and 26 November 1989 to elect the members of the 9th Lok Sabha. [2] The incumbent Indian National Congress (I) government under the premiership of Rajiv Gandhi was defeated by the National Front, an alliance forged by Janata Dal, which won a plurality of seats. The alliance formed the government with outside support from Bharatiya Janata Party (BJP). [3] [4] V. P. Singh was sworn in as the seventh Prime Minister of India on 2 December 1989.

The 1989 Indian general election were held because the previous Lok Sabha has been in power for a five years, and the constitution allowed for new elections. Even though Rajiv Gandhi had won the last election by a landslide, this election saw him trying to fight off scandals that had marred his administration.

The Bofors scandal, rising militancy in Punjab, the civil war between LTTE and Sri Lankan government were just some of the problems that stared at Rajiv's government. Rajiv's biggest critic was Vishwanath Pratap Singh, who had held the portfolios of the finance ministry and the defence ministry in the government.

But Singh was soon sacked from the Cabinet and he then resigned from his memberships in the Congress and the Lok Sabha. He formed the Jan Morcha with Arun Nehru and Arif Mohammad Khan and re-entered the Lok Sabha from Allahabad. Witnessing V P Singh's meteoric rise on national stage, Rajiv tried to counter [5] him with another prominent Rajput stalwart Satyendra Narain Singh but failed eventually.

In this election, Assam never went to the polls. Moreover, the State of Goa, Daman and Diu was bifurcated into Goa and Daman & Diu with Goa retaining its 2 seats and the latter gaining 1 seat. Thus the total Lok Sabha seats went up by 1 to a total of 543. Since Assam never went to the polls, the total seats contested in this election was down to 529.

V. P. Singh, who was the head of the Janata Dal, was chosen leader of the National Front government. [6] His government fell after Singh, along with Bihar's Chief Minister Lalu Prasad Yadav's government, had Advani arrested in Samastipur and stopped his Ram Rath Yatra, which was going to the Babri Masjid site in Ayodhya on 23 October 1990. Bharatiya Janata Party withdrew their support to Singh government, causing them to lose parliamentary vote of confidence on 7 November 1990. [7]

Chandra Shekhar broke away from the Janata Dal with 64 MPs and formed the Samajwadi Janata Party in 1990. He got outside support from the Congress and became the 9th Prime Minister of India. He finally resigned on 21 June 1991, after the Congress alleged that the government was spying on Rajiv Gandhi.

Vishwanath Pratap Singh, also known as V. P. Singh was an Indian politician who was the 7th Prime Minister of India from 1989 to 1990 and the 41st Raja Bahadur of Manda. He is India's only prime minister to have been a former ruler.

National Democratic Alliance (NDA) is an Indian political alliance made up of predominantly right-wing political parties and led by the Bharatiya Janata Party (BJP). It was founded in 1998 and currently controls the Indian union government as well as the government of 18 Indian states. 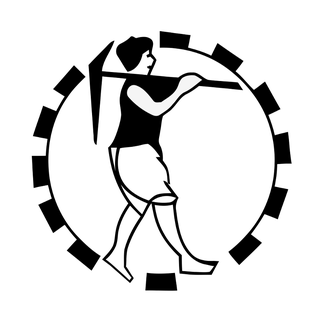 Rajiv Pratap Rudy is an Indian politician, representing Bharatiya Janata Party, and a Member of Parliament representing Saran in Bihar, India. In November 2014, he was made Minister of State for Skill Development and Entrepreneurship in Narendra Modi's government, a key ministry in view of Modi's slogan of 'Make in India' and associated attempts to make India a production hub. He also shared Parliamentary Affairs department jointly with another Minister of State, Mukhtar Abbas Naqvi. Rudy was a General Secretary of Bharatiya Janata Party, a position relinquished soon after he joined the government. He also holds a commercial pilot's license. Rudy is in Limca Book of Records for being the only parliamentarian to fly a commercial aircraft having flown Airbus-320 and Indigo airlines.

India is a parliamentary democracy but the country's politics have become increasingly dynastic, possibly due to the absence of party organizations, Independent civil society associations that mobilize support for the party, and centralized financing of elections. The dynastic phenomenon is present at national, state, regional and district levels. The Nehru–Gandhi family produced three Indian prime ministers. Family members have also led the Congress party for most of the period since 1978 when Indira Gandhi floated the Congress(I) faction of the party. The ruling Bharatiya Janata Party (BJP) also has several senior leaders who are dynasts but dynastism is at a much lower level in the BJP than the Congress party. Dynastic politics is also prevalent in a number of political parties with regional presence, including the NCP, which has particularly high level of dynasticism.

Raghunath Jha was an Indian politician who was Union minister of State for Heavy Industries and Public Enterprise and member of the 14th Lok Sabha of India. He represented the Bettiah constituency of Bihar and was a member of the Rashtriya Janata Dal (RJD) political party. Born in Village Amba Ojha Tola, in Sheohar He started his career by becoming the Mukhiya of his home panchayat in the year 1967. Thereafter, in 1967 he became Chairman of Zila Parishad. He started his legislative career in 1972 when he was elected as a MLA on Congress Ticket. He was elected from Sheohar for a record six consecutive terms till 1998. He was twice elected as a Member of Parliament from Gopalganj and Bettiah respectively.

Vidya Charan Shukla was an Indian politician whose political career spanned six decades. He was predominantly a member of the Indian National Congress, but also had spells in Jan Morcha, Janata Dal, Nationalist Congress Party and Bharatiya Janata Party. He was known as a close associate of Indira Gandhi. 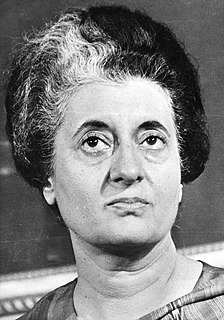 Chapra Lok Sabha constituency was in Bihar and it existed until 2008, after which it was replaced by Saran constituency when delimitation was done. 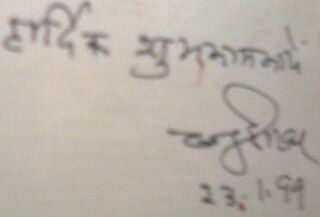 Chandra Shekhar Singh was an Indian politician who served as the eighth Prime Minister of India, between 10 November 1990 and 21 June 1991. He headed a minority government of a breakaway faction of the Janata Dal with outside support from the Indian National Congress. He is the first Indian Prime Minister who has never held any Government office. His government was largely seen as a "puppet" and "lame duck" and the government was formed with the fewest party MPs in the Lok Sabha. His government could not pass the budget at a crucial time when Moody had downgraded India and it further went down after the budget was not passed and global credit-rating agencies further downgraded India from investment grade making it impossible to even get short-term loans and in no position to give any commitment to reform, the World Bank and IMF stopped their assistance. Chandrasekhar had to authorise mortgaging of gold to avoid default of payment and this action came in for particular criticism as it was done secretly in the midst of the election. The Indian economic crisis, 1991, and the Assassination of Rajiv Gandhi plunged his government into crisis.

Sanjaya Sinh is an Indian politician and a former member of the Rajya Sabha. He was twice elected to the Legislative Assembly of Uttar Pradesh during the 1980s and held state ministerial posts. In 1990, he became a member of the upper house of the Parliament of India, which is known as the Rajya Sabha, and in 1998 he was elected to the lower house, called the Lok Sabha. His term in the 12th Lok Sabha session lasted until the following year. Subsequently, in 2009, he was successful in obtaining a second term in that house as a member of the 15th Lok Sabha representing the Sultanpur constituency of Uttar Pradesh. He represented the state of Assam in the Rajya Sabha. He resigned from Rajya Sabha and Indian National Congress to join Bharatiya Janata Party on 30 July 2019.

Conservatism in India refers to the political philosophy which seeks to promote preservation of certain traditional values that are cherished and have developed in the subcontinent of India. Politics in India since the 1990s has been predominantly involved with the conflict of the left wing and the right wing of the government machinery. Historically, Conservatism in India has been divided between liberal conservatives and social conservatives.

General elections were held in India in 1989 to elect the members of the 9th Lok Sabha. The incumbent Indian National Congress (I) government under the premiership of Rajiv Gandhi was defeated by the National Front, an alliance forged by Janata Dal, which won a plurality of seats. The alliance formed the government with outside support from Bharatiya Janata Party (BJP). V. P. Singh was sworn in as the seventh Prime Minister of India on 2 December 1989.

Vishwanath Pratap Singh held office for slightly less than a year, from 2 December 1989 to 10 November 1990. After state legislative elections in March 1990, Singh's governing coalition achieved control of both houses of India's parliament. Singh becomes the 8th Prime Minister of India, after the loss of Rajiv Gandhi in the 1989 Indian general election. Singh's newly formed National Front (India) won 143 seats in the Lok Sabha and was supported by Bharatiya Janata Party from outside.