Biman Bihari Das is an Indian sculptor and former Principal of the Government College of Art & Craft, Kolkata. He was honoured by the Government of India, in 2014, by bestowing on him the Padma Shri, the fourth highest civilian award, for his services to the field of Fine Arts. [1]

Biman Bihari Das was born on 1 January 1943, [2] at Tamluk town of West Bengal, in India. [3] He studied art at the Government College of Art & Craft, Kolkata and passed the Diploma in Modeling and Sculpture, in 1966, [4] with first class and distinction. Later, he joined Calcutta University and passed the course of Teachers' Training and Art Appreciation in 1967. [3]

Bihari Das received a Fulbright Fellowship from the US [4] and UGC grant under the Indo-Hungarian cultural exchange program, based in Budapest, for pursuing his art career. [2] He, later, became the principal of the Government College of Art & Craft, Kolkata [3] but later moved to New Delhi, to take up the post of the principal of the College of Art, Delhi. [4] He has also served as the vice president of the All India Fine Arts and Crafts Society. [2]

Das lives an active life with constant interaction with the Indian art scene. [5]

Das has held exhibitions, both solo and group, in many parts of the world. [4] His solo exhibitions, more than 22 in number, have been staged at places like New Jersey, Cairo and Budapest, apart from many cities in India. He had a retrospective in the National Exhibition of Art of 2005, at Sahitya Kala Parishad, New Delhi, which was sponsored by Birla Academy of Art and Culture, Kolkata. He was also one of the artist participants of the Silver Jubilee exhibitions of Lalit Kala Akademi, organized at many European and Middle East countries, along with Salarjung Museum, Hyderabad and Mumbai. [4] Some of his notable exhibitions were: [4] Biennale Belgium – 1974, [2] Triennale India – 1978, Second Asian Art Show, Fukuoka Japan – 1986, [2] Biennale Bangladesh, Dhaka – 1987, Contemporary Asian Show, Seoul – 1988, and India Festival in USSR, Moscow – 1988. [2]

Biman Bihari Das was honoured by the Government of India by awarding him the Padma Shri, in 2014, in recognition of his efforts to the cause of art. [1] [6] He has also received several other awards such as:

A scholarship has been instituted in the honour of Das, as an encouragement to the upcoming artists. [7] His sculpture of Jawaharlal Nehru has been commissioned at the Indian Commission office at Singapore. [8] He also has sculptures installed at: [4]

The Open Sculpture Park at Kalagram, Sector 13, Chandigarh also has a rock sculpture by Das. [10] 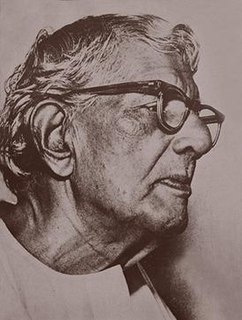 Jamini Roy was an Indian painter. He was honoured with the State award of Padma Bhushan in 1955. He was one of the most famous pupils of Abanindranath Tagore, whose artistic originality and contribution to the emergence of art in India remains questionable. 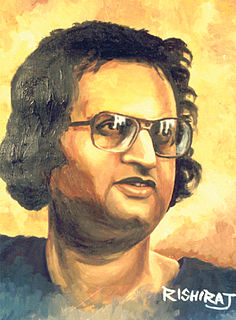 Sukumar Bose was an Indian artist based in Delhi who was trained in the tradition of the Bengal School under Asit Kumar Haldar. 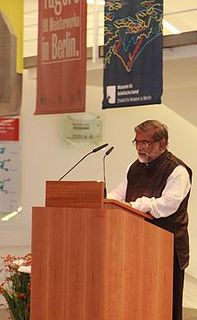 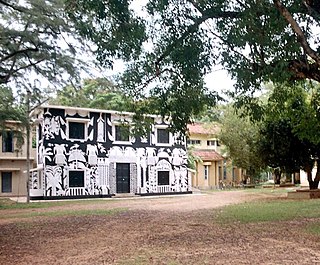 Surendranath Kar (1892–1970) was an Indian artist and architect, known for amalgamating the Indian architectural style with western and eastern styles of architecture. Born in 1892 in the Indian state of Bihar, Kar did his primary learning of art under renowned Bengali painter, Nandalal Bose and Abanindranath Tagore, the nephew of Nobel Laureate, Rabindranath Tagore. Later, he joined Vichitra Club, founded by the Tagore family, as a teacher of art. In 1917, when Tagore set up Brahmacharyasrama, the precursor of later day Shantiniketan, he joined the institution and worked as an art teacher. Two years later, he moved to Kala Bhavana of Tagore as a faculty member. 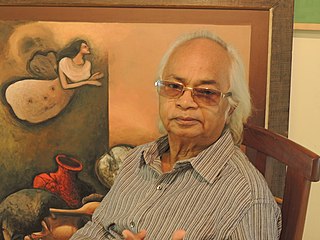