Thetakudi Harihara Vinayakram (born 11 August 1942), also known as Vikku Vinayakram, is an Indian percussionist. He is also known as the God of ghatam .[ citation needed ] He plays Carnatic music with the ghatam , an earthen pot, and is credited with popularising the ghatam.

Vinayakram was born to Kalaimaamani T. R. Harihara Sharma, a musician and teacher. He took up playing at a very young age.

Vinayakram's concert career began at the age of 13. His first performance was on 5 March 1957 at the Rama Navami festival in Thoothukudi. While proceeding for the arangetram the tuned ghatam instrument was broken by a child named Ganesh, which by itself had been a good omen for his bright career. where he accompanied V.V.Sadagopan. He was soon accompanying many vocalists in Carnatic music at the time, including Chembai Vaidyanatha Bhagavatar, M K Thiagaraja Bagavathar, Dr Sirkazhi S.Govindarajan, Mangalampalli Balamuralikrishna, G. N. Balasubramaniam, Madurai Mani Iyer, Semmangudi Srinivasa Iyer, M. S. Subbulakshmi and Maharajapuram Santhanam. His brother, T. H. Subhash Chandran, also excelled in the field. The Ghatam rose to fame as a percussion instrument that required nimble fingers and strong stomach muscles to control the mouth of the pot. [2]

Vinayakram's tryst with the international music platform came in the early 1970s when he joined Shakti to play along with John McLaughlin and Zakir Hussain.

He has also performed at Basant Utsav, the annual fund raiser for the Banyan.

Vinayakram is Principal of Sri Jaya Ganesh Tala Vadya Vidyalaya in Chennai, India – the academy established by his late father and teacher in 1958. It continues to produce new stars of Carnatic percussion. Vinayakram's son V. Selvaganesh is a percussionist, especially after tours with John McLaughlin's group, Remember Shakti . [3]

Vinayakram was nominated for the 1996 Grammy Awards for Best World Music Album for his participation in 'Raga Aberi' along with L. Shankar on the ten string double violin and Zakir Hussain on the tabla (the piece is set in the tala cycle of 4¾ beats).[ citation needed ] The Indian Government decorated him with the Padma Shri Award in 2002. [4]

Uppalapu Srinivas was an Indian mandolin player in Carnatic classical music and composer. Because he was a child prodigy, he was sometimes called the Mozart of classical Indian music.

Pandit Shivkumar Sharma is an Indian music composer and Santoor player from the state of Jammu and Kashmir. The Santoor is a folk instrument.

Remember Shakti is a quintet which combines elements of traditional Indian music with elements of jazz. The band consists of English guitarist John McLaughlin, and Zakir Hussain (tabla), U. Srinivas (deceased) (mandolin), Shankar Mahadevan (vocals), and V. Selvaganesh, who are of Indian descent. The band's name is derived from John Mclaughlin's acoustic Indian fusion band Shakti which was active in the 1970s. This band consisted of John McLaughlin, Zakir Hussain, L. Shankar, T.H. "Vikku" Vinayakram, and R. Raghavan. The word Shakti translates in Sanskrit to "power" or "goddess of power". 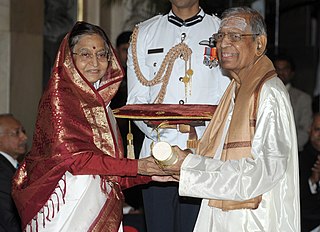 Umayalpuram K. Narayanaswamy, was a Carnatic classical percussionist. A recipient of the Sangeet Natak Akademi and Kalaimamani awards, Narayanaswamy accompanied renowned musicians like M. S. Subbulakshmi, S. Rajam and Guruvayur Dorai. He established his mark playing the ghatam with such dexterity and beauty in phrasing.

E. M. Subramaniam was an Indian Carnatic classical percussionist. Subramaniam was instructed in ghatam under the tutelage of his father. He has accompanied master percussionists including mridangam players such as Palghat Mani Iyer, Umayalpuram K. Sivaraman, and T. K. Murthy, and tabla players such as Alla Rakha Khan, Kishan Maharaj, and Zakir Hussain. He has been a grade A ghatam artist of All India Radio for the past 40 years. Subramaniam was awarded the title of "Kalaimamani" in 2000 and recognized with a Sangeet Natak Akademi Award in ghatam in 2011. His style of playing is compact with great tonal quality. E.M. Subramaniam has worked as a professor in Tamil Nadu Government music college (Adyar). He died on 23 April 2015. 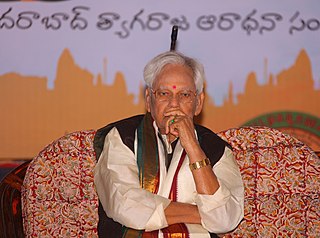