Agashe was born in Bhor, Maharashtra. He studied in B. J. Medical College, Pune for his MBBS and MD degree in Psychiatry. He later became a professor, before becoming an actor. [4]

Agashe served as a professor of Psychiatry at the B. J. Medical College and Sassoon Hospital in Pune. [5] Apart from his medical career, he also worked in the fields of clinical psychology and psychopharmacology. Agashe was also instrumental in establishing the Maharashtra Institute of Mental Health in 1991, a state level training and research institute in Mental Health Sciences, located in Pune, India. [6] Agashe headed the five-year study on the trauma of the 1993 Latur earthquake, initiated by the Indian Council of Medical Research. [7]

Agashe started his early career by opting to work in a government Hospital at Pune. He also chaired the organising committee meetings for the Annual National Conference of Indian Psychiatric Society held at Armed Forces Medical College, Pune. In 1998, Agashe's project to improve mental health education and service led to the formation of a new policy on mental education by the Government of Maharashtra. He has also served as an Advisor to the Government of Maharashtra on Mental Health Education and Service. Agashe is presently Principal Investigator for an Indo–US joint project on Cultural Disorders of Fatigue and Weaknesses.[ citation needed ]

Agashe started out as a theatre artist through Sai Paranjape's children's play. [8] His love of acting made him take time out of his busy schedule to work in plays. He started his career in acting by working in the theatre. From April 1997 to April 2002, he was the Director General of the Film and Television Institute of India, Pune. [2] He was part of a play called Zara Samjhun Ghya, which he presented for IMA's awareness drive to strength doctor-patient relationship in Pune. [9] In 2018, he was also part of a Harry Potter spoof video by Bharatiya Digital Party, where he portrayed Bumbledore. [10] He was also part of a short film #PuranaPyaar, by Gorilla Shorts. [11]

Murlidhar Devidas Amte, commonly known as Baba Amte, was an Indian social worker and social activist known particularly for his work for the rehabilitation and empowerment of people suffering from leprosy. He has received numerous awards and prizes including the Padma Vibhushan, the Dr. Ambedkar International Award, the Gandhi Peace Prize, the Ramon Magsaysay Award, the Templeton Prize and the Jamnalal Bajaj Award. He is also known as the modern Gandhi of India.

Vilasrao Dagadojirao Deshmukh was an Indian politician who served as the 14th Chief Minister of Maharashtra, first term from 18 October 1999 to 16 January 2003 and second term, from 1 November 2004 to 5 December 2008. He also served in the Union cabinet as the Minister of Science and Technology and Minister of Earth Sciences.

Sachin Khedekar is an Indian actor and director known for his work in Marathi, Hindi, Telugu, Tamil, Malayalam and Gujarati language films. His well-known films include Kaksparsh, Astitva and Shyam Benegal's Netaji Subhas Chandra Bose: The Forgotten Hero in which he portrayed Subhas Chandra Bose. Notable TV series include SailaabImtihaan and Samvidhaan in which he played B. R. Ambedkar.

Latur is a city in Maharashtra state, India, and is one of the largest cities of the Marathwada region. It is the administrative headquarters of Latur district and Latur Taluka. The city is a tourist hub surrounded by many historical monuments, including Udgir Fort and Kharosa Caves. The people in Latur are called Laturkar. The most spoken language in Latur is Marathi. The city's quality of education attracts students from all over Maharashtra.

Satish Vasant Alekar is a Marathi playwright, actor, and theatre director. A founder member of the Theatre Academy of Pune, and most known for his plays Mahanirvan (1974), Mahapoor (1975), Atirekee (1990), Pidhijat (2003), Mickey ani Memsahib (1973), and Begum Barve (1979), all of which he also directed for the Academy. Today, along with Mahesh Elkunchwar and Vijay Tendulkar he is one of the most influential and progressive playwrights not just in modern Marathi theatre, but also larger modern Indian theatre.

Brihan Maharashtra College of Commerce is a college affiliated to Savitribai Phule Pune University in the city of Pune, Maharashtra. The college was established in 1943, in Pune by the Deccan Education Society.

Paresh Mokashi is an Indian filmmaker, producer, actor and Theatre director-producer; working predominantly in Marathi cinema and Marathi theatre. He started working as a backstage worker for theatre and did few minor roles for plays as well as films. Mokashi made his directorial debut for theatre with the Marathi play, Sangeet Debuchya Mulee in 1999. He continued to work for theatre and made his directorial debut for cinema with the 2009 Marathi feature film, Harishchandrachi Factory. The film depicts the making of India's first full-length feature film, Raja Harishchandra (1913), made by Dadasaheb Phalke. The film was acclaimed critically and won several awards. It was also selected as India's official entry to 82nd Academy Awards in the Best Foreign Language Film category. 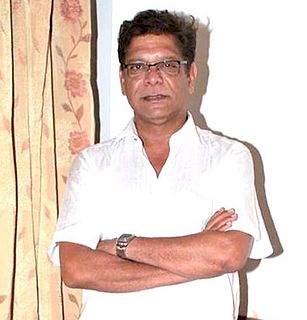 Mohan Joshi is an Indian film, television and theater actor. He has worked in Hindi, Marathi, Bhojpuri films.

Astu: So Be It is a 2015 Indian Marathi-language film directed by the duo Sumitra Bhave and Sunil Suktankar, starring Mohan Agashe, Iravati Harshe, Milind Soman, and Amruta Subhash. The film tells the story of Chakrapani Shastri, a Sanskrit scholar who suffers from Alzheimer's disease. 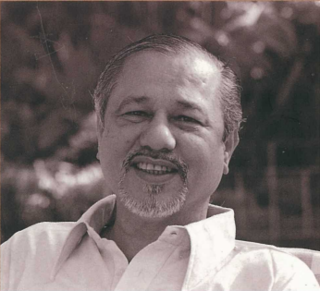 Sumitra Bhave and Sunil Sukthankar were an Indian filmmaker duo working predominantly in Marathi cinema and Marathi theatre. Bhave and Sukthankar had made seventeen feature films, more than fifty short films, and four TV serials; all of which had been written by Bhave. Sunil Sukthankar, a Film and Television Institute of India graduate (1989) is also an actor and a lyricist. He has written more than 90 songs for their own films as well as various other Marathi and Hindi films. The duo had won various national and international accolades for the films Doghi (1995), Dahavi Fa (2002), Vastupurush (2002), Devrai (2004), Astu (2016) and Kaasav (2017). At the 64th National Film Awards, their feature film Kaasav won the prestigious President Golden Lotus National Award.

Kaasav is a 2016 Indian Marathi-language film released on 6 October 2017. It has been directed by filmmaker duo Sumitra Bhave–Sunil Sukthankar and produced by Mohan Agashe in association with Bhave–Sukthankar's production company "Vichitra Nirmiti". The film won the National Film Award for Best Feature Film at the 64th National Film Awards. It became the fifth Marathi film to win in this category.

Alok Rajwade is an Indian actor, director, singer and painter. He has appeared in Marathi and Hindi films and experimental plays.

Abhay Mahajan is an Indian actor known for his work in TVF drama series - Pitchers. 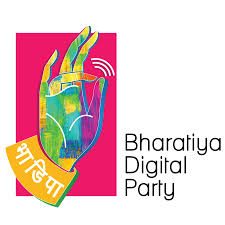 Bharatiya Digital Party is a Marathi YouTube Channel, popularly known as BhaDiPa. They are known for their comedy and music videos. As of October 2018, it had 150 Million views across their Facebook page and Youtube Channel and more than 1 Million followers. The channel was founded by Sarang Sathaye, Anusha Nandakumar and Paula McGlynn.