Jaspinder Narula (born 14 November 1970) is an Indian singer of playback, classical and Sufi music. She is known for her work in Hindi and Punjabi cinema.

She shot to fame after the duet "Pyar to hona hi tha" with Remo Fernandes from the 1998 film Pyar To Hona Hi Tha for which she won the 1999 Filmfare Best Female Playback Award. The other notable films she has sung in include Mission Kashmir , Mohabbatein , Phir Bhi Dil Hai Hindustani and Bunty Aur Babli . [1] She is also a singer of Sufi music, as well as Gurbani and other Sikh religious music. [2]

Jaspinder's career in singing began early. Her father Kesar Singh Narula was a music composer of the 1950s. She took her music training under the worthy tutelage of her father Shri Kesar Singh Narula and later from Ustad Ghulam Sadiq Khan of Rampur Sahaswan Gharana. Initially Jaspindar Narula kept away from film singing and specialised in singing bhajans and Sufiana compositions. She moved to Mumbai a few years later [5] at the advice of noted music director Kalyanji who heard her at the private gathering in Delhi and asked his son and music director, Viju Shah, to give her break in films like Master, Aar Ya Paar and Bade Miyan Chhote Miyan (1998). [6] [7]

She excels in singing folk and devotional songs. She has lent her voice to record numerous music albums for a large number of successful Bollywood films like Dulhe Raja , Virasat , Mission Kashmir , Mohabbatein and Bunty aur Babli to name a few.

She lives in Mumbai, and is married to a Canada-based Indian businessman. Narula did her schooling from Guru Harkishan Public School, India Gate, New Delhi and completed her B.A Hons in Music from Indraprastha College for Women, where she was admitted as a special case because she did not have Music as a subject in class 12th which was pre-requisite for admission in the course. [1] She finished PhD in Hindustani classical music from Delhi University in 2008. [4] 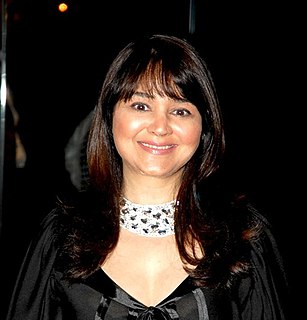 Alisha Chinai is an Indian pop singer known for her Indi-pop albums as well as playback singing in Hindi cinema. She began her singing career with the album Jadoo in 1985, and by the 1990s she had become known as the 'Queen of Indipop'. Her best known songs were with producers Anu Malik and Biddu during the 1990s. Her best known song is Made in India. 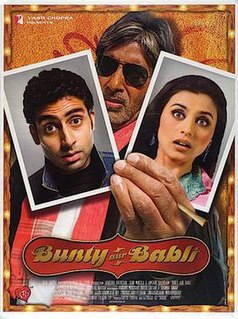 Bunty Aur Babli is a 2005 Indian Hindi-language crime comedy film directed by Shaad Ali, with Aditya Chopra as writer and producer. The film stars Abhishek Bachchan and Rani Mukerji in the title roles, along with Amitabh Bachchan, marking the first motion picture starring the Bachchan father-son duo together. Bachchan Jr. and Mukerji play con-artist partners-in-crime, Bunty and Babli, while Bachchan Sr. plays JCP Dashrath, whose focus is solely to catch them.

Loy Mendonsa is an Indian music director and part of the Shankar-Ehsaan-Loy trio which consist of himself, Shankar Mahadevan and Ehsaan Noorani. Before becoming a music composer, he played piano and keyboards for famous Indian music composers such as A. R. Rahman and Nadeem-Shravan. His daughter, Alyssa Mendonsa, made her singing debut with the song Uff Teri Adaa from the movie Karthik Calling Karthik. 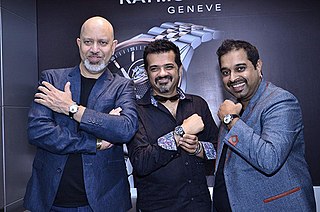 Shankar–Ehsaan–Loy is an Indian musical trio consisting of Shankar Mahadevan, Ehsaan Noorani and Loy Mendonsa. They have composed music for over 50 soundtracks across five languages: Hindi, Tamil, Telugu, Marathi and English. Amongst the most critically acclaimed Indian musicians, the trio have won numerous awards, including National Film Award (India), Filmfare Awards, and IIFA Awards. They are often referred to as the "Amar Akbar Anthony" of the Hindi film music industry.

The Mukherjee-Samarth family is a Hindu Bengali-Marathi family that has been involved in the Bollywood film industry since the 1930s, Shobhana Samarth having first acted in a film in 1935. The Mukherjee family was connected to the Samarth family by Tanuja's marriage to Shomu Mukherjee in 1973. 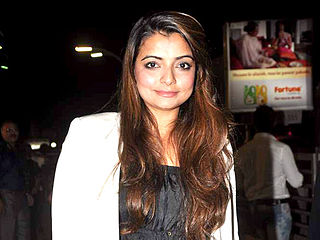 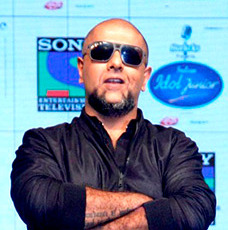 Vishal Dadlani is an Indian singer, songwriter and music composer.

The Screen Award for Best Editing is chosen by a distinguished panel of judges from the Indian Bollywood film industry and the winners are announced in January. 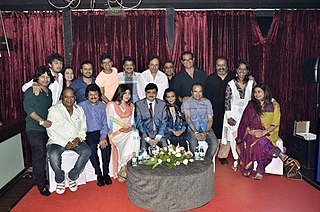 Sowmya Raoh is an Indian playback singer who has performed in Kannada, Tamil, Hindi and Telugu languages.

Hindi dance music encompasses a wide range of songs predominantly featured in the Bollywood film industry with a growing worldwide attraction. The music became popular among overseas Indians in countries such as South Africa, the United Kingdom and the United States of America and eventually developed a global fan base.

Aki Narula is an Indian fashion designer and costume designer and wardrobe stylist in Hindi films, who is most known for films like, Bunty Aur Babli (2006), Jhoom Barabar Jhoom (2007) and Dostana (2008). His brand label "AKI" was launched in 1996.