Pandit Siyaram Tiwari (10 March 1919 – 1998) was an Indian classical singer and leading exponent of Dhrupad-genre of Hindustani classical music. He belonged to the Darbhanga gharana and was based in Patna. [1] [2] [3] Though Darbhaga gharam is known for its laykari (the play on laya or tempo, using devices such as syncopation) techniques, he was the first exponent of the gharana to promote fast-paced laykari in Dhrupad, which developed in the second half of 20th-century. [4]

He is the Maternal Grandfather of Indian Television Actress Neha Sargam. She is an talented singer herself and has been lauded for her acting and singing in popular musical play Mughal é Azam.

Born in 1919 in Darbhanga, Bihar, he received his training in Dhrupad from his maternal grandfather, of Dharbhanga gharana. Subsequently, his learnt Khyal, Thumri and Bhajan genre from his father Baldev Tiwari. [7]

His singing, gayaki was known for Swara , Meend , Gamak and Laykari. Besides improvisation of complicated Chhand, which allowed him to move from one rhythm pattern to another. He also performed in other genres such as Khyal, Thumri, Tappa and bhajan.

He was a leading performer at All India Radio, Patna. [7]

Awards: Padma Shri in 1971, gold medal. From Pres. Dr.Rajendra Prasad 1955, Bihar ratna 1989, tansen award and many other awards by numerous music organisations of India and abroad. performed in concerts all over India, Europe, etc.

Dhrupad is a genre in Hindustani classical music from the Indian subcontinent. It is the oldest style of major vocal styles associated with Hindustani classical music, Haveli Sangeet and also related to the South Indian Carnatic tradition. It is a Sanskrit name, derived from the words dhruva and pada (verse), a combination that means "pillar". The roots of Dhrupad are ancient, and it is discussed in the Hindu Sanskrit text Natyashastra. It is also described in other ancient and medieval Sanskrit texts, such as chapter 33 of Book 10 in the Bhagavata Purana, where the theories of music and devotional songs for Krishna are summarized. 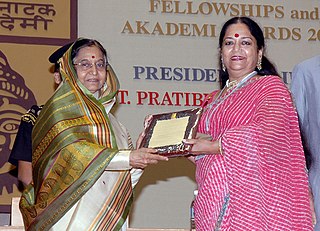 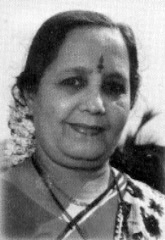 Ram Chatur Mallick (1902–1990) was an Indian classical musician and an exponent and founder to the outside world of the Darbhanga gharana of the Dhrupad tradition, one of the oldest genres of Hindustani vocal music. Known to be the last main court musician at the court of The Darbhanga Royals, following his immediate & direct ancestors from the last 14 generations and one of the closest to the King of the Dharbanga Maharaja Sir Kameshwar Singh, he also was the closest ADC to his highness and responsible for all music related activities on behalf of the King and King's brother, he was a member of the Mallick family of singers. He was honoured by the Government of India in 1970 with Padma Shri, the fourth highest Indian civilian award. 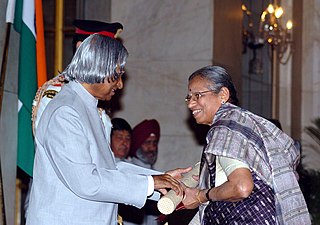 Darbhanga gharana is a gharana, or tradition, of the Hindustani classical music dhrupad thought to have been started in the eighteenth century by Radhakrishna and Kartaram, musicians in the court of the Nawab of Darbhanga. The style is notable for its vocal delivery and energetic performances, as well how the songs are sung after the alap. Notable singers of the Darbhanga gharana include Ram Chatur Mallik, Vidur Mallik and Siyaram Tiwari. 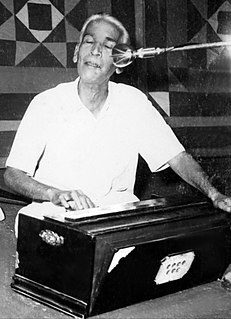