Balachandra Menon (born 11 January 1954) is an Indian film actor, director and script writer. He made a number of films in the 1980s and 1990s. He has directed 40 films and has acted in over 100 films. [2] He won two National film awards including the National Film Award for Best Actor for his performance as station master Ismail the 1998 film Samaantharangal , which was also directed by him. He has also worked as distributor, editor, composer, singer and producer in the Malayalam film industry. He has found space in the Limca Book of Records for the maximum number of films directed, scripted and acted in.

Menon has introduced many actors into the Malayalam film industry. Actors who made their debut in his films include Shobana in April 18 , Parvathy in Vivahithare Ithile , Maniyanpilla Raju in Maniyan Pilla Adhava Maniyan Pilla , Karthika in Manicheppu Thurannappol , Annie in Ammayane Sathyam , and Nandini in April 19. [3]

Balachandra Menon was born in Kollam [4] in 1954 to Shivashankara Pillai and Lalitha Devi. By virtue of his father being a railway station master, he served at Edava railway station and Menon had his formative years of childhood and adolescence life in this village. He studied at Edava Muslim High School and has narrated nostalgically about his memories about his life in this village in his autobiography Ammayaane Sathyam. He is an alumnus of University College Trivandrum, Fatima Mata National College, Kollam and Kerala Law Academy Law College, Thiruvananthapuram. [5] Sisters: Sushma and Prema. Wife: Varada B. Menon. Children: Akhil Vinayak Menon, Bhavana B. Menon. [6] Menon enrolled as a lawyer on 29 July 2012, 22 years after completing his degree. [7] In 1997, he won the Karshakashree Award for farming from the Government of Kerala. [8]

During his early days in Madras, he worked in Nana film weekly as a correspondent. He has completed a diploma in journalism from Press Club, Trivandrum.

T. G. Vinayakumar, better known by his stage name Vinayan is an Indian film director, screenwriter, producer, and lyricist, who works predominantly in Malayalam cinema and occasionally in Tamil cinema.

Prathapachandran (1941–2004) was an Indian Malayalam film actor known for the portrayal of villainous and character roles in over 300 movies. He was born in 1941 at Omallur in Pathanamthitta District, Kerala, India. He died on 16 December 2004 aged 63. 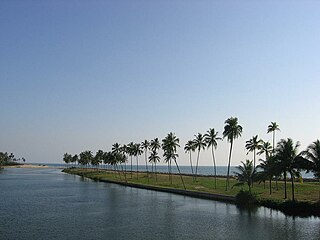 Edava is a village in Varkala Taluk and one of the 5 panchayats that forms the city of Varkala in Thiruvananthapuram district in the state of Kerala, India. Edava is located 5km North of Varkala city centre, 5km from Varkala Beach and 49km north-west of state capital city Trivandrum. Kappil located in Edava Panchayat is one of the major tourist destination in Kerala.

Anoop Menon is an Indian film actor, director, screenwriter and lyricist. He worked in television before finding success as an actor in Malayalam films.

Keezhoote Balakrishna Pillai Ganesh Kumar is an Indian actor, television host, and politician. Ganesh Kumar is a proposed cabinet minister for the last 2.5 years in the ongoing 2nd LDF govt in Kerala and he is alao the current MLA of KC(B) representing the Pathanapuram constituency in Kollam, Kerala. He made his debut as an actor in the film Irakal (1985) directed by K. G. George. He has starred in over 100 Malayalam films, performing a variety of roles.

Viji Thampi is an Indian film director, film actor and social activist who works in Malayalam films. After making his directorial debut with the 1988 film David David Mr. David, Thampi directed a series of comedy films in the 1990s which turned out to be commercial hits. 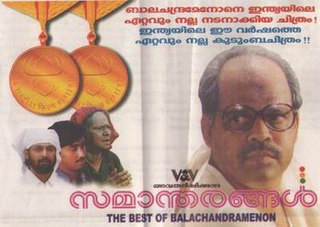 Samaantharangal is a 1998 Malayalam drama film written and directed by Balachandra Menon. The film stars Menon himself along with Maathu, Renuka and Sukumari in supporting roles. 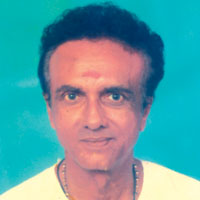 K. S. Premkumar, better known by his stage name Kochu Preman, is an Indian film actor who works in Malayalam film industry. He has acted in more than 100 films, mainly in supporting comedy roles. He also appears in television.

Shammi Thilakan is an Indian film actor who is active in Malayalam films. He is the son of late actor Thilakan. He lent his voice for Napoleon in Devasuram, Prem Nazir in Kadathanadan Ambadi and for Nassar in Ghazal, for which he won a state award for best dubbing artist. He is known for his villain, comedic and supporting roles

Baiju Santhosh Kumar, commonly referred to as Baiju, is an Indian actor who works in Malayalam films. He began his acting career in 1981, as a child artist in the film Maniyan Pilla Adhava Maniyan Pilla. Since then he has acted in more than 300 films.