Last updated November 22, 2022
This article is about a categorized branch of economic activity. For large-scale production and its effects, see Manufacturing and Industrial society. For other uses, see Industry (disambiguation).
Economic branch that produces raw materials, goods and/or services

In macroeconomics, an industry is a branch of an economy that produces a closely-related set of raw materials, goods, or services. [2] For example, one might refer to the wood industry or to the insurance industry.

When evaluating a single group or company, its dominant source of revenue is typically used by industry classifications to classify it within a specific industry. [3] For example the International Standard Industrial Classification (ISIC) – used directly or through derived classifications for the official statistics of most countries worldwide – classifies "statistical units" by the "economic activity in which they mainly engage". Industry is then defined as "set of statistical units that are classified into the same ISIC category". [4] However, a single business need not belong just to one industry, such as when a large business (often referred to as a conglomerate) diversifies across separate industries.

Industries, though associated with specific products, processes, and consumer markets, can evolve over time. One distinct industry (for example, barrelmaking) may become limited to a tiny niche market and get mostly re-classified into another industry using new techniques. At the same time, entirely new industries may branch off from older ones once a significant market becomes apparent[ citation needed ] (as the semiconductor industry became distinguished from the wider electronics industry).

Industry classification is valuable for economic analysis because it leads to largely distinct categories with simple relationships. However, more complex cases, such as otherwise different processes yielding similar products, require an element of standardization and prevent any one schema from fitting all possible uses.

The tertiary sector of the economy, generally known as the service sector, is the third of the three economic sectors in the three-sector model. The others are the primary sector and the secondary sector (manufacturing).

Confectionery is the art of making confections, which are food items that are rich in sugar and carbohydrates. Exact definitions are difficult. In general, however, confectionery is divided into two broad and somewhat overlapping categories: bakers' confections and sugar confections. The occupation of confectioner encompasses the categories of cooking performed by both the French patissier and the confiseur. 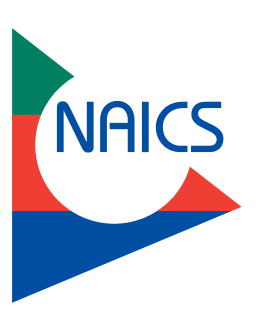 The North American Industry Classification System or NAICS is a classification of business establishments by type of economic activity. It is used by government and business in Canada, Mexico, and the United States of America. It has largely replaced the older Standard Industrial Classification (SIC) system, except in some government agencies, such as the U.S. Securities and Exchange Commission (SEC).

The Standard Industrial Classification (SIC) was a system for classifying industries by a four-digit code as a method of standardizing industry classification for statistical purposes across agencies. Established in the United States in 1937, it is used by government agencies to classify industry areas. Similar SIC systems are also used by agencies in other countries, e.g., by the United Kingdom's Companies House.

Classification is a process related to categorization, the process in which ideas and objects are recognized, differentiated and understood. Classification is the grouping of related facts into classes. It may also refer to:

The Harmonized Commodity Description and Coding System, also known as the Harmonized System (HS) of tariff nomenclature is an internationally standardized system of names and numbers to classify traded products. It came into effect in 1988 and has since been developed and maintained by the World Customs Organization (WCO), an independent intergovernmental organization based in Brussels, Belgium, with over 200 member countries.

In statistics, classification is the problem of identifying which of a set of categories (sub-populations) an observation belongs to. Examples are assigning a given email to the "spam" or "non-spam" class, and assigning a diagnosis to a given patient based on observed characteristics of the patient.

The International Standard Industrial Classification of All Economic Activities (ISIC) is a United Nations industry classification system. Wide use has been made of ISIC in classifying data according to kind of economic activity in the fields of employment and health data.

Industry classification or industry taxonomy is a type of economic taxonomy that classifies companies, organizations and traders into industrial groupings based on similar production processes, similar products, or similar behavior in financial markets.

Environmental protection expenditure accounts (EPEA) are a statistical framework that describes environmental activities in monetary terms and organises these statistics into a full set of accounts, just like that of the national accounts. The EPEA is part of the System of Integrated Environmental and Economic Accounting which, in March 2012, was adopted as a statistical standard by the United Nations Statistical Commission.

An economic taxonomy is a system of classification of economic activity, including products, companies and industries. Some economists believe that the study of economic policy demands the use of a taxonomic/classificatory approach.

Taxonomy is the practice and science of categorization or classification.

Tobacco Industry is a road map of the regulations relating to all tobacco products in Indonesia. Tobacco Industry (TI) contains guidelines and industry classification and the products produced by the tobacco industry in Indonesia, including regulations, policies ribbon and excise, tobacco industry strategies, so on and so forth. Tobacco Industry was first coined by the Directorate General of Agro and Chemical Industry Department in 2009. Tobacco Industry has a significant role for state revenue through taxes and excise, employments, and protection against multiple impacts of tobacco farmers and others. The development of the TI also consider public health in addition to concern on, so that the industry can grow well. TP is a labor-intensive industry, so to the present of TI and its association with upstream form the procurement of raw materials, particularly tobacco, cloves, and other industries are potential labor-absorbing industrial.

Industry averages are generally using as benchmarks or tools which helps business to make comparisons that helps to determine its position within the industry and evaluate financial performance of the business. It is a useful tool for business managers and investors, helps with decision making process. It represent data figures of various business organizations across different industries of producing distinct products and services. Some individuals and organizations use industry averages as a useful tools, it gives a medium level of all other competitors performance. Compare their own data figure with those averages, it could help individual or organization to make decisions and predictions about possible outcomes. Such as, Investors compare an organization's financial ratios with industry averages to evaluate whether the organization have potential power to growth in the future, and level of risk for the investment. All those factors contribute to decision making and deeper analysis. Data required can be collect through survey or through several professional statistic websites, for individuals are more likely to obtain information using internet. Industry averages could also refer to terms related to industrial sector such as industry averages salaries, unemployment rates, Clickthrough rates and so on, using as benchmarks for comparisons.

Look up industry in Wiktionary, the free dictionary.
Portals: