Last updated January 13, 2023
Legal privilege given to some members in monarchical and princely societies

Traditional rank amongst European royalty, peers, and nobility is rooted in Late Antiquity and the Middle Ages. Although they vary over time and among geographic regions (for example, one region's prince might be equal to another's grand duke), the following is a reasonably comprehensive list that provides information on both general ranks and specific differences.[ vague ] Distinction should be made between reigning (or formerly reigning) families and the nobility – the latter being a social class subject to and created by the former.

Note that many titles listed may also be used by lesser nobles – non-sovereigns – depending on the historical period and state. The sovereign titles listed below are grouped together into categories roughly according to their degree of dignity; these being: imperial (Emperor/Empress, etc.), royal (King/Queen, Grand Duke, etc.), others (sovereign Prince, sovereign Duke, etc.), and religious.

Princely, ducal, and other sovereign titles

Several ranks were widely used (for more than a thousand years in Europe alone) for both sovereign rulers and non-sovereigns. Additional knowledge about the territory and historic period is required to know whether the rank holder was a sovereign or non-sovereign. However, joint precedence among rank holders often greatly depended on whether a rank holder was sovereign, whether of the same rank or not. This situation was most widely exemplified by the Holy Roman Empire (HRE) in Europe. Several of the following ranks were commonly both sovereign and non-sovereign within the HRE. Outside of the HRE, the most common sovereign rank of these below was that of Prince. Within the HRE, those holding the following ranks who were also sovereigns had (enjoyed) what was known as an immediate relationship with the Emperor. Those holding non-sovereign ranks held only a mediate relationship (meaning that the civil hierarchy upwards was mediated by one or more intermediaries between the rank holder and the Emperor).

In Germany, the constitution of the Weimar Republic in 1919 ceased to accord privileges to members of dynastic and noble families. Their titles henceforth became legal parts of the family name, and traditional forms of address (e.g., "Hoheit" or "Durchlaucht") ceased to be accorded to them by governmental entities. The last title was conferred on 12 November 1918 to Kurt von Klefeld. The actual rank of a title-holder in Germany depended not only on the nominal rank of the title, but also the degree of sovereignty exercised, the rank of the title-holder's suzerain, and the length of time the family possessed its status within the nobility (Uradel, Briefadel, altfürstliche, neufürstliche, see: German nobility). Thus, any reigning sovereign ranks higher than any deposed or mediatized sovereign (e.g., the Fürst of Waldeck, sovereign until 1918, was higher than the Duke of Arenberg, head of a mediatized family, although Herzog is nominally a higher title than Fürst). However, former holders of higher titles in extant monarchies retained their relative rank, i.e., a queen dowager of Belgium outranks the reigning Prince of Liechtenstein. Members of a formerly sovereign or mediatized house rank higher than the nobility. Among the nobility, those whose titles derive from the Holy Roman Empire rank higher than the holder of an equivalent title granted by one of the German monarchs after 1806. 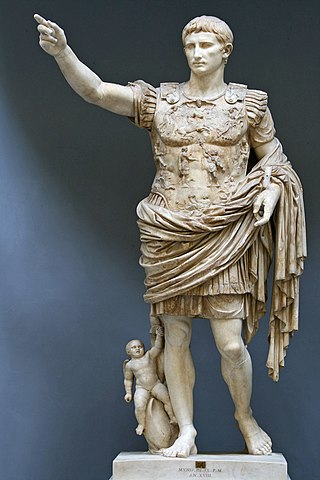 A marquess, Dutch: markies, is a nobleman of high hereditary rank in various European peerages and in those of some of their former colonies. The German language equivalent is Markgraf (margrave). A woman with the rank of a marquess or the wife of a marquess is a marchioness or marquise. These titles are also used to translate equivalent Asian styles, as in Imperial China and Imperial Japan.

Duke is a male title either of a monarch ruling over a duchy, or of a member of royalty, or nobility. As rulers, dukes are ranked below emperors, kings, grand princes, grand dukes, and sovereign princes. As royalty or nobility, they are ranked below princes and grand dukes. The title comes from French duc, itself from the Latin dux, 'leader', a term used in republican Rome to refer to a military commander without an official rank, and later coming to mean the leading military commander of a province. In most countries, the word duchess is the female equivalent.

Grand duke is a European hereditary title, used either by certain monarchs or by members of certain monarchs' families. In status, a grand duke traditionally ranks in order of precedence below an emperor, as an approximate equal of king or archduke and above a sovereign prince or sovereign duke. The title is used in some current and former independent monarchies in Europe, particularly: 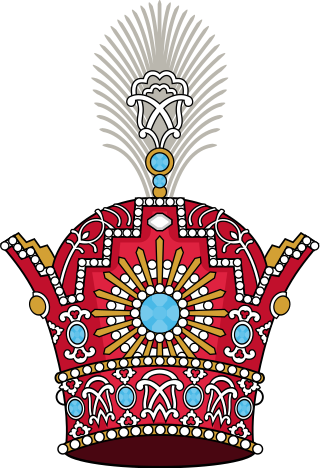 Shah is a royal title that was historically used by the leading figures of Iranian monarchies. It was also used by a variety of Persianate societies, such as the Ottoman Empire, the Kazakh Khanate, the Khanate of Bukhara, the Emirate of Bukhara, the Mughal Empire, the Bengal Sultanate, historical Afghan dynasties, and among Gurkhas. Rather than regarding himself as simply a king of the concurrent dynasty, each Iranian ruler regarded himself as the Shahanshah or Padishah in the sense of a continuation of the original Persian Empire. 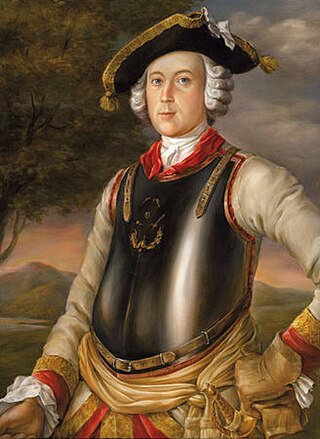 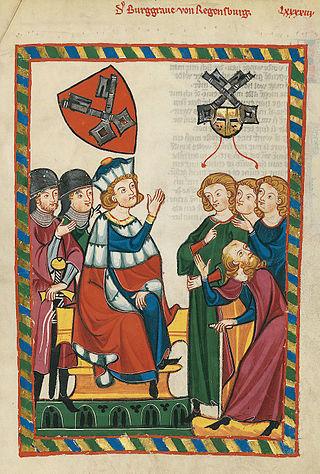 Burgrave, also rendered as burggrave, was since the medieval period in Europe the official title for the ruler of a castle, especially a royal or episcopal castle, and its territory called a Burgraviate or Burgravate. 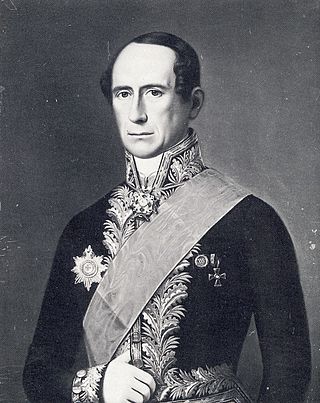 Count is a historical title of nobility in certain European countries, varying in relative status, generally of middling rank in the hierarchy of nobility. The etymologically related English term "county" denoted the territories associated with the countship.

Margrave was originally the medieval title for the military commander assigned to maintain the defence of one of the border provinces of the Holy Roman Empire or of a kingdom. That position became hereditary in certain feudal families in the Empire and the title came to be borne by rulers of some Imperial principalities until the abolition of the Empire in 1806. Thereafter, those domains were absorbed in larger realms or the titleholders adopted titles indicative of full sovereignty.

A title is one or more words used before or after a person's name, in certain contexts. It may signify either generation, an official position, or a professional or academic qualification. In some languages, titles may be inserted between the first and last name. Some titles are hereditary.

Fürst is a German word for a ruler as well as a princely title. Fürsten were, starting in the Middle Ages, members of the highest nobility who ruled over states of the Holy Roman Empire and later its former territories, below the ruling Kaiser (emperor) or König (king). 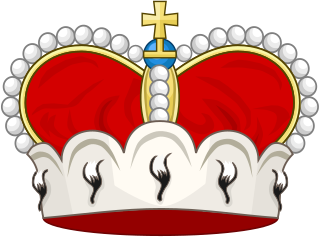 Graf is a historical title of the German nobility, usually translated as "count". Considered to be intermediate among noble ranks, the title is often treated as equivalent to the British title of "earl".

Korean monarchy existed in Korea until the end of the Japanese occupation and the defeat of Japan. After the independence and the installation of the Constitution that adopted republic system, the concept of nobility has been abolished, both formally and in practice.

Freiherr, Freifrau and Freiin are designations used as titles of nobility in the German-speaking areas of the Holy Roman Empire and in its various successor states, including Austria, Prussia, Bavaria, Liechtenstein, Luxembourg, etc. Traditionally, it denotes the titled rank within the nobility above Ritter (knight) and Edler and below Graf. The title superseded the earlier medieval form, Edelherr.

Grand prince or great prince is a title of nobility ranked in honour below emperor, equal of king or archduke and above a sovereign prince. 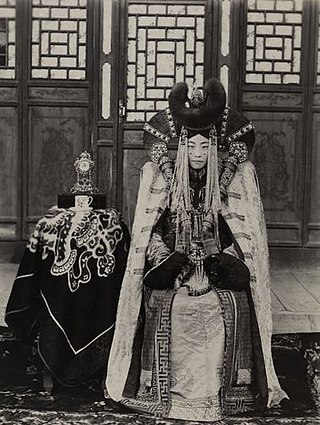 The Mongolian nobility arose between the 10th and 12th centuries, became prominent in the 13th century, and essentially governed Mongolia until the early 20th century. 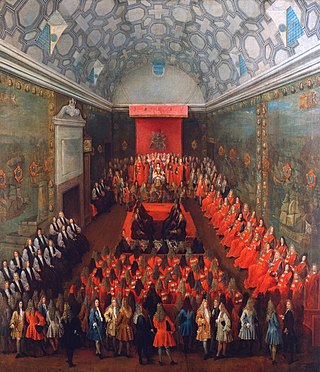 Nobility is a social class found in many societies that have an aristocracy. It is normally ranked immediately below royalty. Nobility has often been an estate of the realm with many exclusive functions and characteristics. The characteristics associated with nobility may constitute substantial advantages over or relative to non-nobles or simply formal functions, and vary by country and by era. Membership in the nobility, including rights and responsibilities, is typically hereditary and patrilineal. 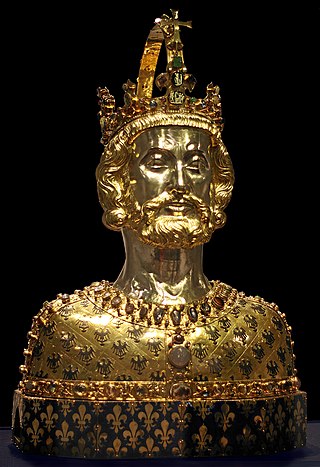 King is the title given to a male monarch in a variety of contexts. The female equivalent is queen, which title is also given to the consort of a king, although in some cases, the title of King is given to females to show that the woman in question rules in her own right, such as in the case of Jadwiga of Poland.

Wikimedia Commons has media related to Noble titles .
This page is based on this Wikipedia article
Text is available under the CC BY-SA 4.0 license; additional terms may apply.
Images, videos and audio are available under their respective licenses.