Last updated May 23, 2020
For other places with the same name, see Manchester Academy (disambiguation).

The Manchester Academy is composed of four concert venues, located on the campus of the University of Manchester, in Manchester, England. The four venues are: Academy 1, 2 and 3 and Club Academy. Utilized by the Students' Union, the venues are housed in two buildings, the original Students' Union built in 1957 and the Academy, built in 1990. In 2004, after the merging of the universities, the venues carried the "Academy" moniker.

Known as Victoria University, the Student Union building was erected in 1957. It began hosting concerts in 1963. The venue hosted many jazz artists in its early dates. The first performance was by Humphrey Lyttelton and His Band, 16 November 1963. The main building housed three of its original venues: the "Main Debating Hall" (now "Academy 2"), the "Hop and Grape" (later became known as "Solem Bar" and now "Academy 3") and "The Cellar" (also known as "Cellar Disco" and now "Club Academy"). Other music venues on campus were Whitworth Hall and "The Squat". While the Main Debating Hall hosting jazz artist, The Squat was becoming popular among international acts. After operating for eight years, the building was demolished and became a carpark. With the music scene expanding in Manchester, there was a need for a larger capacity venue on the campus, in 1984, a proposal was submitted for building a concert venue, adjacent to the original Student Union.

It opened on 18 October 1990 and was first performed in by Buzzcocks. It was closed completely between March and October 2007 when a major refurbishment and rebuilding programme began, completed in early 2008. [2] It had had a capacity of 2000 and hosted about 50 gigs a year prior to closure, the capacity was increased to around 2,300 with the expansion and further increased to 2,600 in September 2013. [3]

The following list is composed of musicians performing at either the old or new buildings, from 1963-present. [4]

Following the re-opening of Academy 1 in October 2007, University of Manchester Students' Union came under much criticism for large parts of the refurbishment being incomplete. Customers originally had to use portable toilet facilities outside, suffered long queues for the one small bar and had no access to a cloakroom.[ citation needed ] These problems were eventually rectified with the opening of the completely rebuilt foyer, which included a sizeable bar and VIP balcony and lounge (also open to customers with disabilities).[ citation needed ]

Manchester Academy has attracted positive publicity after being referred to as the UK's "greenest venue" with a third of the £3.5 million refurbishment budget going towards minimising the environmental impact and improving the sustainability of the reconstructed venue, as well as making substantial accommodation for disabled music fans. [5] It also received the title of "Best Entertainment Venue" in the 2007 MCR Awards. [6]

The University of Kent is a semi-collegiate public research university based in Kent, United Kingdom. It was founded in 1965 and is recognised as a Beloff's plate glass university. The University was granted its Royal Charter on 4 January 1965 and the following year Princess Marina, Duchess of Kent was formally installed as the first Chancellor. The University of Salford, Manchester is a public university in Salford, Greater Manchester, England, 1 mile west of Manchester city centre. The Royal Technical Institute, Salford, which opened in 1896, became a College of Advanced Technology in 1956 and gained university status, following the Robbins Report into higher education, in 1967.

The University of Derby is a public university in the city of Derby, England. It traces its history back to the establishment of the Derby Diocesan Institution for the Training of Schoolmistresses in 1851. It gained university status in 1992.

Imperial College Union is the students' union of Imperial College London. It is host to many and varied societies, and has student bars situated around Albertopolis. The Union is based in the north wing of the Beit Quadrangle on Prince Consort Road.

Liverpool Guild of Students is the students' union of the University of Liverpool. The Guild was founded in 1889, with the building constructed in 1911.

Leeds University Union (LUU) is the representative body for the students at the University of Leeds, England.

The Krannert Center for the Performing Arts is an educational and performing arts complex located at 500 S. Goodwin Street in Urbana, Illinois, on the campus of the University of Illinois at Urbana-Champaign. Herman C. Krannert, an industrialist who was the founder of Inland Container Corp. and an alumnus of the University, and his wife, Ellnora Krannert, made a gift of $16 million that made creation of the Krannert Center possible. Max Abramovitz, the architect who designed the facility, was also an Illinois alumnus.

The O2 Institute (originally known as the Digbeth Institute) is a music venue located in Birmingham, England. The venue opened in 1908 as a mission of Carrs Lane Congregational Church. It has also served as an event centre, civic building and nightclub. 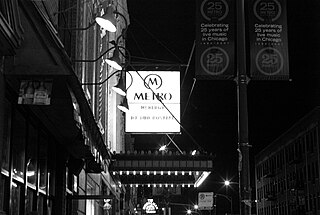 This page is about the concert hall; for the metro region surrounding Chicago, see Chicago metropolitan area.

There are several theatre and music venues at the University of New South Wales in Sydney, Australia. 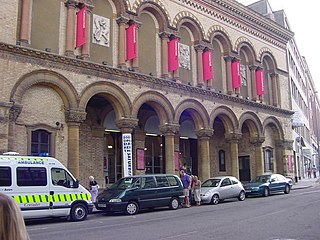 Colston Hall is a concert hall and Grade II listed building on Colston Street, Bristol, England. It is owned by Bristol City Council and named after the philanthropist, merchant, slave trader and member of parliament Edward Colston, who founded Colston's School on this site in the early 18th century. Since 2011, management of the hall has been the direct responsibility of Bristol Music Trust. 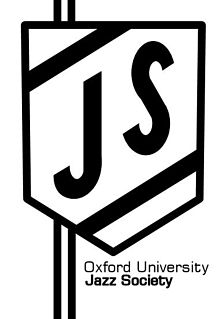 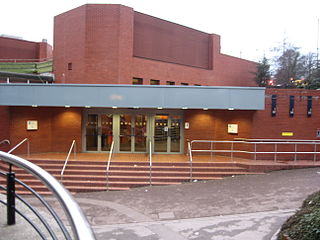 The Octagon Centre, built in 1983, is a multi-purpose conference centre and music venue at the University of Sheffield, England. Situated in the Western Bank campus, it is joined by a skyway to University House and comprises an eight-sided auditorium with a capacity of 1,500, offices, meeting rooms, and a lounge with bar and patio. 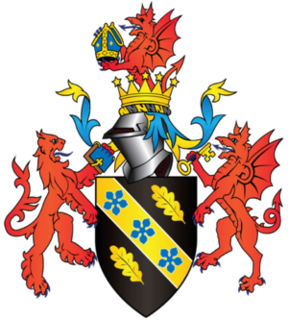 The University of Wales Trinity Saint David is a multi-campus university with three main campuses in South West Wales, in Carmarthen, Lampeter and Swansea, a fourth campus in London, England, and learning centres in Cardiff, Wales, and Birmingham, England.

Aberdeen has been the host of several theatres and concert halls through history. Some of them have been converted or destroyed over the years. 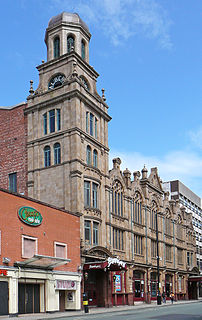