Last updated September 23, 2019
This article is about the theatre called the Hulme Hippodrome from 1905 onwards. For the earlier Hulme Hippodrome, see Playhouse Theatre, Manchester.

The Hulme Hippodrome, originally known as the Grand Junction Theatre and Floral Hall, opened in Preston Street, Hulme, Manchester, on 7 October 1901. It and the nearby Playhouse Theatre in Warwick Street, built at the same time, were part of the theatrical empire of W. H. Broadhead. The two venues were connected by an arcade, at the centre of which was Broadhead's company headquarters. [1] The architect was J.J. Alley. [2] Initially the theatre staged mainly dramatic productions, while the Playhouse presented variety performances, but in 1905 the names and functions of the theatres were interchanged: the Hippodrome became the Grand Junction, and the variety performances were transferred to the new Hippodrome. [1] 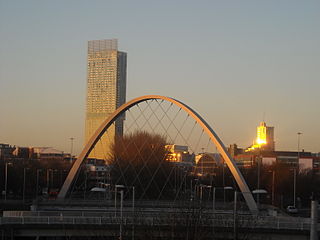 Hulme is an inner city area and electoral ward of Manchester, England, immediately south of Manchester city centre. It has a significant industrial heritage.

The Playhouse Theatre, originally known as the Hulme Hippodrome, was built in Hulme, Manchester, between 1901 and 1902 and opened on 6 October 1902. It and the nearby Grand Junction Theatre, built at the same time, were part of the theatrical empire of W. H. Broadhead. The two theatres were connected by an arcade, at the centre of which was Broadhead's company headquarters.

The Hippodrome was last used as a theatre in the 1960s; from the mid-1970s until its closure in 1988 it was used as a bingo hall. Since then most of the building has remained empty, and it has been placed on Manchester City Council's Buildings at Risk Register. [2]

The building was bought by Gilbert Deya Ministries in 1999, and services were held in part of the ground floor. [3] The church spent £200,000 on the building and in 2013 leased it a charity, Youth Village, they then decided to sell the building. [4] 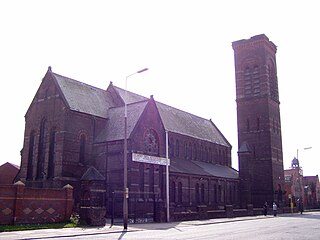 Gilbert Juma Deya is a stonemason turned evangelist who lived in Britain from the mid-1990s until 2017, when he was extradited to Kenya to face charges of stealing five children between 1999 and 2004, which he denies. His organization, Gilbert Deya Ministries, claims that Deya is able to help infertile women to conceive through the power of prayer.

The Friends of Hulme Hippodrome had hoped to get the building listed as an asset of community value, which would have given the community group six months to raise the money needed to buy the building from the owner before it went out to general market. The application, however, was turned down by Manchester City Council. A council spokesman said: "There would also be a significant cost to bring the building back into use—into the millions—and without a [business] plan in place it would be unfair for us to assume they could turn the building around." [4] 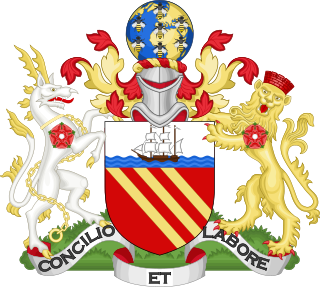 Manchester City Council is the local government authority for Manchester, a city and metropolitan borough in Greater Manchester, England. It is composed of 96 councillors, three for each of the 32 electoral wards of Manchester. The council is controlled by the Labour Party and led by Sir Richard Leese. The opposition is formed by the Liberal Democrats and led by former Manchester Withington MP John Leech. Joanne Roney is the chief executive. Many of the council's staff are based at Manchester Town Hall.

The building was sold at auction on 18 May 2017 at the Macron Stadium, Bolton, for £325,000. [5] [6] In September 2017 it was reported that squatters had moved into the building and were bringing it back into community use. [7] but in 2018 they were removed by the government. In September 2019, it was named on the Victorian Society's list of the top ten most endangered buildings in England and Wales. [8] 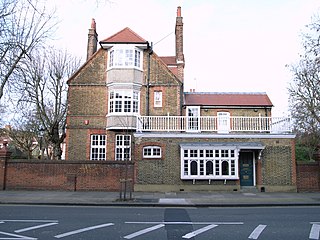 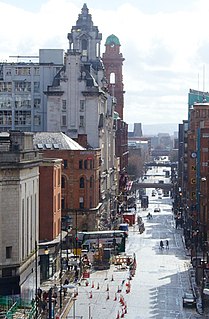 A hippodrome was an ancient Grecian horse and chariot racing course and arena. Hippodrome or Hipódromo may also refer to: 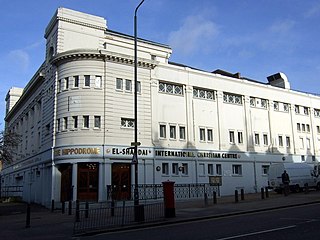 The Golders Green Hippodrome was built in 1913 by Bertie Crewe as a 3,000-seat music hall, to serve North London and the new London Underground Northern line expansion into Golders Green in the London Borough of Barnet, London, England.

The Capitol Theatre is a heritage-listed theatre located at 3-15 Campbell Street, Haymarket, in the Sydney central business district, in the City of Sydney local government area of New South Wales, Australia. It was designed by Henry White and John Eberson and built from 1893 to 1928. The property was added to the New South Wales State Heritage Register on 2 April 1999. The former circus venue, atmospheric theatre and market venue in owned by Capitol Theatre Management Pty Limited, a wholly owned subsidiary of Foundation Theatres Pty Limited. Foundation Theatres owns the Sydney Lyric and Capitol Theatre.

Torkington is a place in Greater Manchester, England. It forms part of the Metropolitan Borough of Stockport.

The Bonstelle Theatre is a theater operated by Wayne State University, and located at 3424 Woodward Avenue in the Midtown Woodward Historic District of Detroit, Michigan. It was originally built in 1902 as the Temple Beth-El, and was listed on the National Register of Historic Places in 1982. As of 2019, the University plans to decommission the theatre and lease it to a private developer for inclusion in a boutique hotel.

The Church of St Mary, Upper Moss Lane, Hulme, Manchester, is a Gothic Revival former church by J. S. Crowther built in 1853–58. It was designated a Grade II* listed building on 3 October 1974. 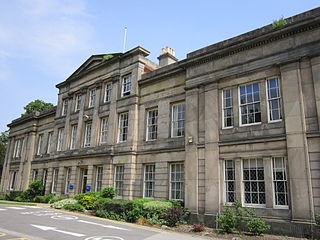 The Didsbury Campus on Wilmslow Road, Didsbury, Manchester, England, originally a private estate, was part of the Manchester Metropolitan University; the oldest building on the site dated to around 1785. It became a theological college for the Wesleyan Methodist Church in 1842, about the same time as a chapel which later became part of the college was built. These buildings are now all listed.

Aston Park is a Queen Anne country house in the parish of Aston by Budworth, Cheshire, England, built in 1715. The first mention of a building on the site is in the Domesday Book from 1086.

The Victoria Theatre, Salford, is a theatre in the Lower Broughton area of Salford, Greater Manchester, England. It is situated on Great Clowes Street, on the corner of the Elton Street. The theatre officially opened 10 December 1900 and was last in use as a bingo hall in 2008. The original capacity was 2,000 seated, this was increased to 3,000 in 1910. Palatial Leisure Limited sold the building in September 2018.

Manchester is a city in Northwest England. The M15 postcode area is to the southwest of the centre of the city and includes the areas of Hulme, and parts of Moss Side and Chorlton-on-Medlock. The postcode area contains 33 listed buildings that are recorded in the National Heritage List for England. Of these, two are listed at Grade II*, the middle grade of the three grades, and the others are at Grade II, the lowest grade. 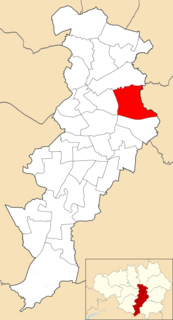 Clayton and Openshaw is an area and electoral ward of Manchester, England created by the Local Government Boundary Commission for England (LGBCE) replacing the previous electoral wards of Ancoats & Clayton and Bradford for the local elections 2018.

Elections to Manchester City Council were held on 2 May 2019, as part of the 2019 United Kingdom local elections. In 2018 Labour retained its majority of the council with 94 seats to the Liberal Democrats making up the opposition of 2, led by former MP John Leech.