Athleta Christi (Latin : "Champion of Christ") was a class of Early Christian soldier martyrs, of whom the most familiar example is one such "military saint," Saint Sebastian.

Since the 15th century, the title has been a political one, granted by Popes to men who have led military campaigns defending Christianity. The militant Catholic hymn Athleta Christi nobilis ("Noble Champion of the Lord"), a hymn for Matins on May 18, the feast of Saint Venantius, was written in the 17th century by an unknown author. The medieval precursors of the hymn are numerous and include hymns, responsories and antiphons dedicated to many saints and martyrs, even non-militant ones such as Cosmas and Damian. [1]

Those who have held the title include: 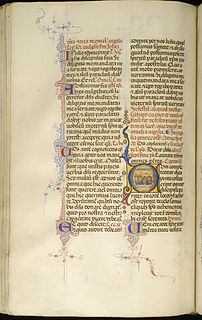 The Roman Breviary is the liturgical book of the Latin liturgical rites of the Catholic Church containing the public or canonical prayers, hymns, the Psalms, readings, and notations for everyday use, especially by bishops, priests, and deacons in the Divine Office. 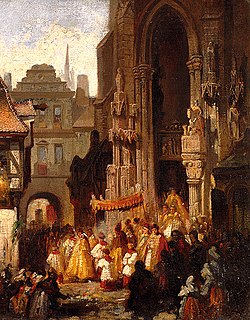 The Feast of Corpus Christi, also known as Solemnity of the Corpus Christi, is a Christian liturgical solemnity celebrating the Real Presence of the Body and Blood, Soul and Divinity of Jesus Christ in the elements of the Eucharist. Two months earlier, the institution of the Eucharist at the Last Supper is observed on Maundy Thursday in a sombre atmosphere leading to Good Friday. The liturgy on that day also commemorates Christ's washing of the disciples' feet, the institution of the priesthood and the agony in the Garden of Gethsemane. 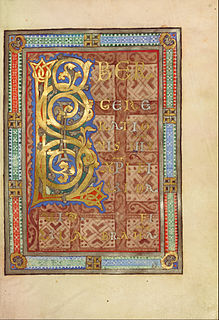 The incipit of a text is the first few words of the text, employed as an identifying label. In a musical composition, an incipit is an initial sequence of notes, having the same purpose. The word incipit comes from Latin and means "it begins". Its counterpart taken from the ending of the text is the explicit. 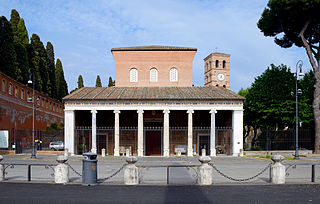 Mystici corporis Christi is a papal encyclical issued by Pope Pius XII on 29 June 1943 during World War II. It is one of the more important encyclicals of Pius XII because of its topic, the Church, which was strongly debated and further developed in the Second Vatican Council document on the Church, Lumen gentium. 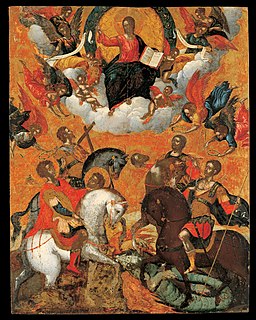 The Ambrosian hymns are a collection of early hymns of the Latin rite. They surround a core of genuine hymns composed by Saint Ambrose in the 4th century.

The "Anima Christi" is a Catholic prayer to Jesus of medieval origin.

Aurora lucis rutilat is the incipit of an Easter Hymn of the Latin rite, first recorded in the Frankish Hymnal tradition and preserved in the Benedictine "New Hymnal" . In the numbering introduced by Gneuss (1968), it is no. 41 of the Old Hymnal, and no. 72 of the New Hymnal. The hymn has 12 strophes of 4 verses each as originally recorded;in modern translations it is often reduced to 11 or fewer strophes. The Old High German interlinear version in Bodleian Junius 25 begins Tagarod leohtes lohazit.

The miles Christianus or "milites Christi" is a Christian allegory based on New Testament military metaphors, especially the Armor of God metaphor of military equipment standing for Christian virtues and on certain passages of the Old Testament from the Latin Vulgate.