Difficulty arose, as in the case of his predecessor, Marcellus I, out of Eusebius's attitude toward the lapsi. [1] [2] Eusebius maintained the attitude of the Roman Church, adopted after the Decian persecutions (250–51), that the apostates should not be forever debarred from ecclesiastical communion, but readmitted after doing proper penance. This view was opposed by a faction of Christians in Rome under the leadership of Heraclius. Johann Peter Kirsch believes it likely that Heraclius was the chief of a party made up of apostates and their followers, who demanded immediate restoration to the Roman Church. Emperor Maxentius intervened and exiled them both. [3]

Eusebius died in exile in Sicily very soon after being banished and was buried in the catacomb of Callixtus. [4] Pope Damasus I placed an epitaph of eight hexameters over his tomb because of his firm defense of ecclesiastical discipline and the banishment which he suffered thereby. [3] [2] His feast is celebrated on 17 August. The feast had previously been observed on 26 September. [4] 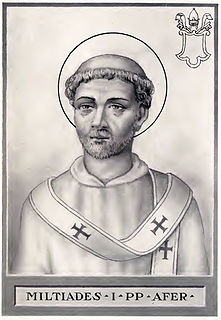 Pope Julius I was the bishop of Rome from 6 February 337 to his death on 12 April 352. He is notable for asserting the authority of the pope over the Arian Eastern bishops, as well as setting 25 December as the official birthdate of Jesus. 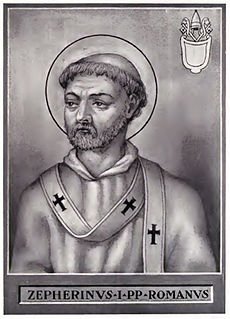 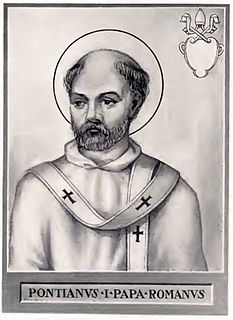 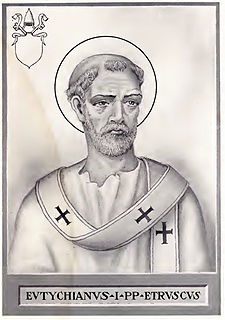 Pope Eutychian, also called Eutychianus, was the bishop of Rome from 4 January 275 to his death on 7 December 283. 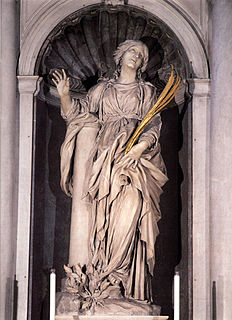 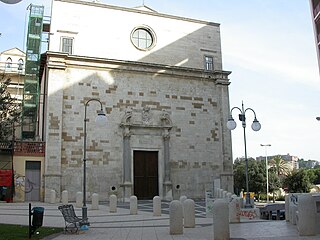 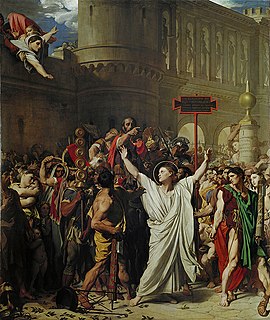 Symphorian, Timotheus (Timothy), and Hippolytus of Rome are three Christian martyrs who though they were unrelated and were killed in different places and at different times, shared a common feast day in the General Roman Calendar from at least the 1568 Tridentine Calendar to the Mysterii Paschalis. While still a young man, Symphorian was either beheaded or beaten to death with clubs.

Heraclius was a Roman who, in 310, opposed the election of Pope Eusebius, earning him the title of antipope. All that is known of Heraclius appears in an epitaph written by Pope Damasus I for Eusebius. It is believed that Heraclius headed a faction demanding immediate reconciliation for the lapsi in opposition to Eusebius' stance requiring strict penance, although it is possible that he and his faction were Novatianists and instead opposed readmittance to the church for lapsi. Heraclius was elected pope by his faction in opposition to Eusebius in 310. Public disturbances caused by partisans of the two rivals reached such a state that Emperor Maxentius exiled both parties to Sicily where Eusebius died, and where nothing more was heard of Heraclius.