John XVII was nominated to the papacy by John Crescentius, a Roman noble who held power in the city in opposition to Emperor Otto III. [1] John XVII's successor, Pope John XVIII, was also selected by Crescentius.

John XVII approved of a mission led by Bruno of Querfurt to Eastern Europe. Bruno also requested John XVII to authorize his companion Benedict to evangelize among the Slavs. [4]

John died on 6 November 1003 and was buried in the Lateran Basilica between the two doors of the principal façade. According to John the Deacon, his epitaph began by stating that "here is the tomb of the supreme John, who is said to be Pope, for so he was called." [1]

Before entering the priesthood, Sicco had been married and had three sons who also entered Holy Orders:

The previous legitimate Pope John is generally considered to be John XV (985–996). John XVI (997–998) was an antipope according to official reckoning, and thus his regnal number XVI should have been reused. But this did not occur, and the sequencing has never been corrected. 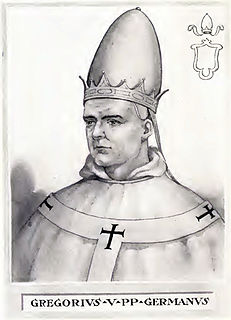 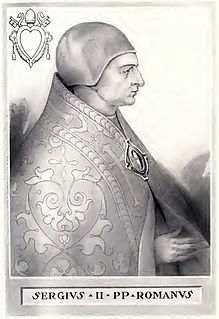 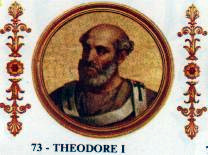 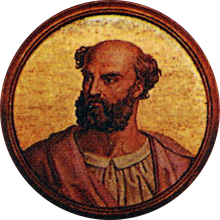 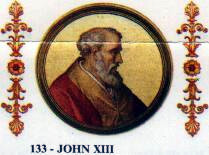 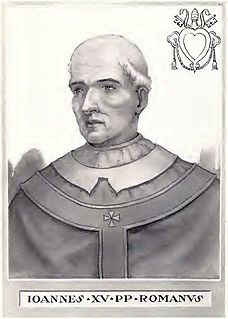 Pope John XV (Latin: Ioannes XV; was Pope from August 985 to his death in 996. He succeeded Pope John XIV. He was said to have been Pope after another Pope John who reigned four months after John XIV and was named "Papa Ioannes XIV bis" or "Pope John XIVb". This supposed second John XIV never existed, rather he was confused with a certain cardinal deacon John, son of Robert, who was opposed to antipope Boniface VII and is now excluded from the papal lists. 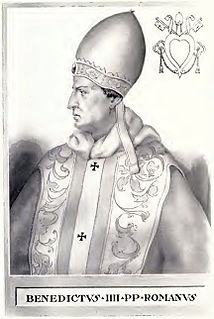 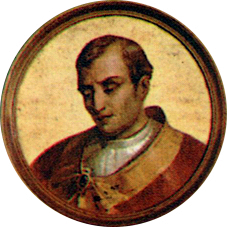 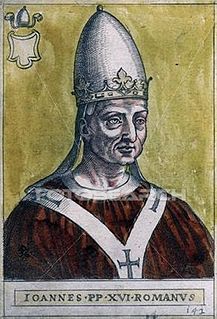