Last updated March 15, 2021
Pope
This article is about the bishop of Rome. For the Coptic pope, see Pope John X of Alexandria.

Pope John IV (Latin : Ioannes IV; died 12 October 642) was the bishop of Rome from 24 December 640 to his death. His election followed a four-month vacancy. He wrote to the clergy of Ireland and Scotland to tell them of the mistakes they were making with regard to the time of keeping Easter and condemned Monothelism as heresy.

Pope John was a native of Iadera, Dalmatia. [1] He was the son of the scholasticus (advocate) Venantius. At the time of his election he was archdeacon of the Roman Church, an important role in governing the see. John was considered "a very cultured man". [2] As John's consecration on 24 December 640 followed very soon after his election, it is supposed that the elections were being confirmed by the exarch of Ravenna rather than directly by the emperor in Constantinople. [3]

While still only pope-elect, John, with the other bishops of the Catholic Church, wrote to the clergy of Ireland and Scotland to tell them of the mistakes they were making with regard to the time of keeping Easter, and exhort them to be on their guard against the Pelagian heresy. About the same time, he condemned Monothelism as heresy. Emperor Heraclius immediately disowned the Monothelite document known as the "Ecthesis". To Heraclius' son, Constantine III, John addressed his apology for Pope Honorius I, in which he deprecated the attempt to connect the name of Honorius with Monothelism. Honorius, he declared, in speaking of one will in Jesus, only meant to assert that there were not two contrary wills in Him. [3]

Troubles in his native land caused by invasions of Slavs directed John's attention there. To alleviate the distress of the inhabitants, John sent the abbot Martin into Dalmatia and Istria with large sums of money for the redemption of captives. As the ruined churches could not be rebuilt, the relics of some of the more important Dalmatian saints were brought to Rome. John then erected an oratory in their honour. [1] It was adorned by the pope with mosaics depicting John himself holding in his hands a model of his oratory. John endeavoured thereby to convert the Slavs in Dalmatia and Istria to Christianity. Emperor Constantine Porphyrogenitus claimed that Duke Porga of Croatia, who had been invited into Dalmatia by Heraclius, sent to Emperor Heraclius for Christian teachers. It is supposed that the emperor to whom this message was sent was Emperor Heraclius himself, and that he sent it to Pope John IV. [3]

John was buried in the Basilica of St. Peter. 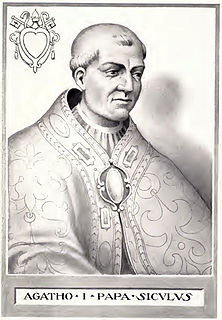 Pope Honorius I was the bishop of Rome from 27 October 625 to his death. He was active in spreading Christianity among Anglo-Saxons and attempted to convince the Celts to calculate Easter in the Roman fashion. He is chiefly remembered for his correspondence with Patriarch Sergius I of Constantinople over the latter's monothelite teachings. Honorius was posthumously anathematized, initially for subscribing to monothelitism, and later only for failing to end it. The anathema against Honorius I became one of the central arguments against the doctrine of papal infallibility. 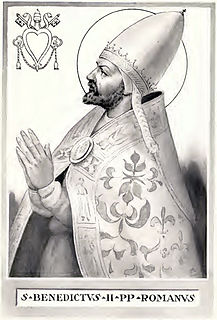 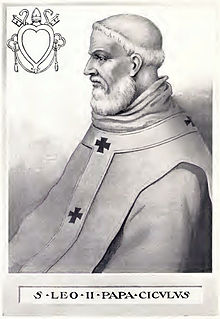 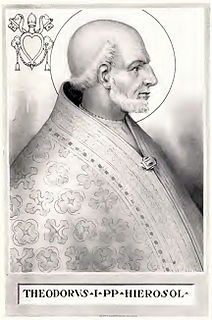 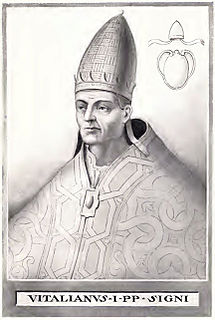 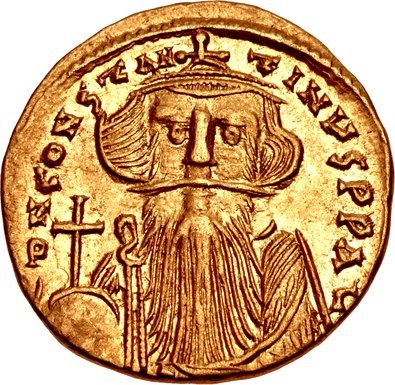 Dalmatian Italians are the historical Italian national minority living in the region of Dalmatia, now part of Croatia and Montenegro. Since the middle of the 19th century, the community, counting according to some sources nearly 20% of all Dalmatian population in 1840, suffered from a constant trend of decreasing presence and now numbers only around 1,000–4,000 people. Throughout history, though small in numbers in the last two centuries, it exerted a vast and significant influence on the region.