The FIFA eWorld Cup, formerly known as the FIFA Interactive World Cup (FIWC), is an eSports tournament held by FIFA and its presenting partner EA Sports. Each tournament has players competing in games of the latest incarnation of the FIFA video game series. The open qualifying format allows millions to compete in the initial online stages, [1] which has resulted in the FIWC being recognized as the largest online eSports game by Guinness World Records. [2]

The most recent champion is Mohammed "MoAuba" Harkous from Germany. Harkous is the first PS4 player to win the trophy since 2015. [1]

The inaugural FIWC took place in 2004 in Switzerland, over the years the tournament has grown significantly. In 2010, the FIWC first appeared in the Guinness World Records [2] – but it was not until 2013 that the competition saw the current record of more than 2.5 million players signing up.

On 1 October 2015, the FIWC 16 kicked off, marking the 12th edition of the tournament. For the first time in the history of the competition Xbox One and PlayStation 4 players competed against each other. With the integration of the new consoles the number of participants increased significantly, compared to previous years when the FIWC was only available on PlayStation 3. 2.3 million players attempted to qualify for the Grand Final in New York City. On 22 March 2016, Mohamad Al-Bacha from Denmark won the FIWC title in the Apollo Theater, beating Sean Allen from England in the final match.

The FeWC online qualification takes place on PlayStation and Xbox Networks, and can be accessed through the latest version of EA Sports FIFA on Xbox One and PS4. The players qualify via the console playoffs where the top 16 players make it through to the eWorld Cup finals. Players can also qualify for the FeWC by competing in one of the FIFA Global Series tournaments throughout the season, with the top 16 at the last event automatically qualifying for the FeWC.

32 players compete at the Grand Finals of the FeWC. The participants are divided into four groups (two for each console) with the top 16 players moving on to the knockout stage. While Group stage, Round of 16, Quarter-finals and Semi-finals are played on one console (Xbox One or PS4), the Final is a two-leg match with one game on each console. The Grand Final is a multi-day event with draw and competition being broken up into three days. The winner is crowned in a live show at the end of the event.

In 2016, the FIFA Interactive World Cup World Ranking was introduced to help seed the players in the tournament according to their previous results. The ranking takes into account both the qualification phase for the current edition and previous FIWC Grand Finals.

The FeWC 2018 champion received $250,000 in prize money and a ticket to the Best FIFA Awards where he has the chance to meet the greatest of the real football world. FIWC 2015 Champion Abdulaziz Alshehri from Saudi Arabia was able to meet Cristiano Ronaldo and Lionel Messi among many others, while 2016 champion Mohammad Al-Bacha talked it up with Marcelo Vieira and Manuel Neuer.

The FeWC Grand Finals is streamed live on YouTube and Twitch. For the first time, the Final Showdown of the FIWC16 was also broadcast on TV. The broadcast was shown in more than 100 countries around the world. Fox Sports 1 showed the Final live in the United States. The show was moderated by host Kay Murray. Former US footballer Alexi Lalas and Spencer Carmichael-Brown (Spencer FC) analyzed the matches, Leigh Smith and John Strong commentated the games. The trophy was handed over by former Spanish International David Villa.

FIFA, also known as FIFA Football or FIFA Soccer, is a series of association football video games or football simulator, released annually by Electronic Arts under the EA Sports label. Football video games such as Sensible Soccer, Kick Off and Match Day had been developed since the late 1980s and already competitive in the games market when EA Sports announced a football game as the next addition to their EA Sports label. The Guardian called the series "the slickest, most polished and by far the most popular football game around." As of 2011, the FIFA franchise has been localised into 18 languages and available in 51 countries. Listed in Guinness World Records as the best-selling sports video game franchise in the world, by 2018, the FIFA series had sold over 260 million copies. It is also one of the best-selling video game franchises.

FIFA has licensed FIFA World Cup video games since 1986, of which only a few were received positively by the critics, but given the popularity of the competition, they all did positively on the market, and the license is one of the most sought-after. Originally in the hands of U.S. Gold, Electronic Arts acquired it in 1997 and is the current holder.

The UEFA European Football Championship has its own video games licensed from European football's governing body, UEFA. Six games have been released so far, with the first game released in 1996. Originally held by Gremlin Interactive, it was then held by Electronic Arts from Euro 2000 until Euro 2012. Konami have the rights for Euro 2016.

The Electronic Sports World Convention (ESWC) is an international professional gaming championship. Every year, winners of national qualifier events around the world earn the right to represent their country in the ESWC Finals. The event has been praised for its organisation and ability to put on a good show for spectators.

The FIFA World Cup is an international association football competition contested by the senior men's national teams of the members of the International Federation of Association Football. The championship has been awarded every four years since the inaugural tournament in 1930, with the exception of 1942 and 1946 when it was not held due to the Second World War. The competition originally featured 16 teams, and later 24, before settling on its current format of 32 teams starting with the 1998 tournament. Teams initially compete in a group stage, with the final 16 progressing to knockout stages to decide the winner. 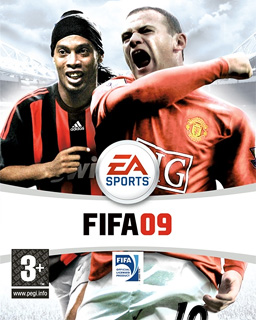 FIFA 09 is the 2008 installment of Electronic Arts' FIFA series of football video games. Developed by EA Canada, it is published by Electronic Arts worldwide under the EA Sports label. It was released in October 2008 for Windows, Nintendo DS, PlayStation 2, PlayStation 3, PlayStation Portable, Wii, Xbox 360 and Zeebo. It was later in November 2008 released for the N-Gage 2.0 and Mobile phone.

FIFA 11, also known in North America as FIFA Soccer 11, is the 18th title in Electronic Arts' FIFA series of football video games. Developed by EA Canada, it was published by Electronic Arts worldwide under the EA Sports label. It was released on 28 September 2010 in North America, 30 September 2010 in Australia, and 1 October 2010 in Europe for all platforms, except the Wii and Nintendo DS. The Wii version was released on 1 October 2010 in North America and Europe and the DS version on 8 October 2010. The PC version of FIFA 11 is the first in the series to use the same game engine as the PlayStation 3 and Xbox 360 versions. The game received positive reviews, and was awarded 'Sports Game of the Year' at the Golden Joystick Awards after a record-breaking 2.05 million votes. This is the last FIFA title to be released for the Nintendo DS.

UEFA Euro 2012 is the official video game of the UEFA Euro 2012 football tournament. Unlike previous Euro games, it is a downloadable expansion pack for FIFA 12, requiring the game and internet connection. It was released on 24 April 2012. British commentary Clive Tyldesley and Andy Townsend are provided again in this game. 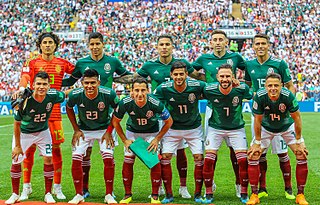 This is a record of the results of the Mexico national football team at the FIFA World Cup. The World Cup is the premier competitive international football tournament, first played in 1930, and then every four years since, except 1942 and 1946, due to World War II.

The association football tournament at the 2020 Summer Olympics will be held from 22 July to 8 August 2020 in Japan.

Lu Weiliang, who also goes by the pseudonym Fly100%, is a Chinese professional esports player of the real-time strategy game Warcraft III: The Frozen Throne. He previously been a member of Team Hacker, EHOME and Mousesports. He is considered one of the best Orc players. He had one of the longest playing careers of professional players of Warcraft III.

Wang Xuwen, who goes by the pseudonym "infi" is a Chinese professional esports player of the real-time strategy games Warcraft III: The Frozen Throne and Starcraft II. He previously served in team World Elite, Tyloo and VICI GAMING. He is considered one of the best Human players in the world. In 2008, World Elite was the best team of the year and Wang Xuwen was the core member. In 2009, Wang Xuwen helped World Elite obtain the champion of Warcraft III Champions League Season XIV. Additionally, Wang Xuwen also has many individual champion titles from various Premier Tournaments such as World Cyber Games and World e-Sports Games. From 2008 to 2011, the Chinese competitive scene for Warcraft III was dominated by 4 players, Lu "Fly100%" Weiliang, Li "Sky" Xiaofeng, Wang "infi" Xuwen and Huang "TH000"Xiang. Wang "infi" Xuwen and the other three were considered the four kings in Chinese Warcraft III. He played Starcraft II for a few years before retiring from competitive gaming. 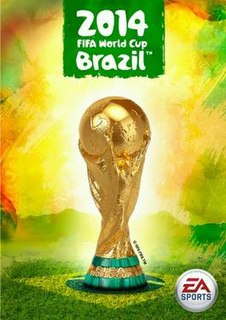 Ivan Lapanje, better known as BorasLegend, is a Swedish competitive FIFA player and currently ranked number one in Sweden. He won the Las Vegas World Challenge Series in 2013 and is a multiple Swedish Champion. He is the top competitive earner of the FIFA video game series and widely regarded as one of the greatest FIFA players in history.

Michael LaBelle, better known under his pseudonym Dirty Mike, is a web-based entertainer, video producer, and a professional FIFA player for New York Red Bulls. He is known mostly for providing tips via nontraditional methods through YouTube and Twitch outlets.

PSG Esports is a French professional esports organization founded in 2016, and based in the city of Paris in France. The club is the esports department of Paris Saint-Germain. PSG Esports was officially formed on 20 October 2016 by Paris Saint-Germain president Nasser Al-Khelaifi during a press conference held at Parc des Princes in Paris.

The eMLS Cup is an eSports tournament held by Major League Soccer in conjunction with the EA Sports FIFA franchise. The tournament serves as an official league qualifier for the FIFA eWorld Cup. 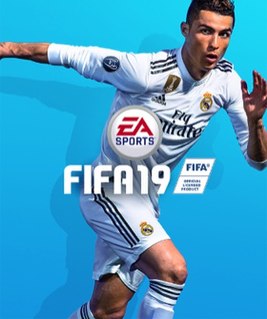