Last updated June 16, 2022
This is a dynamic list and may never be able to satisfy particular standards for completeness. You can help by adding missing items with reliable sources.

This is a list of notable individuals and organizations who have endorsed Leni Robredo, her running mate Francis Pangilinan, or both of them in their campaign to be elected President and Vice President of the Philippines, respectively, in the 2022 election.

Endorsements listed once each. 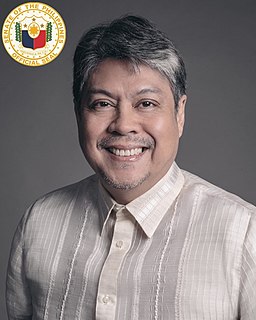 Ang Kapatiran Party, also known as the Alliance for the Common Good, is a political party in the Philippines founded by Reynaldo "Nandy" Pacheco in 2004. The party participated in the 2007 elections and was not affiliated with either major coalition.

Jose Marie Borja Viceral, popularly known as Vice Ganda, is a Filipino comedian, talk show host, television presenter, actor, entrepreneur, and singer. He is a regular host on ABS-CBN's noontime variety show It's Showtime, and has starred in several films, eight of which are considered to be the highest-grossing in Philippine cinema.

Maria Leonor "Leni" Gerona Robredo is a Filipina lawyer and politician who is the 14th and incumbent vice president of the Philippines. She is the head of the Liberal Party.

The following is a timeline of protests against Rodrigo Duterte, the 16th President of the Philippines, and his policies. Issues were addressed in the protests including the war on drugs, employment issues, anti-terror law, and the government's response to the COVID-19 pandemic.

Since September 2018, allegations of an ouster plot against Rodrigo Duterte, the President of the Philippines, have been publicized by the military, who mainly implicated opposition figures and critics of the Duterte administration of involving in the plot. Several opposition groups who have been tagged heavily criticized their inclusion and subsequently denied the involvement in the plots. 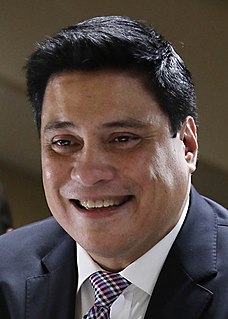 The 2022 Philippine Senate election was the 34th election of members to the Senate of the Philippines for a six-year term. It was held on May 9, 2022.

River Nasino was a Filipino infant who died in a Manila hospital after suffering from acute respiratory distress syndrome while her mother Reina Mae Nasino was detained for illegal possession of firearms and explosives. The baby's death sparked condemnation from progressive groups due to the police handling involved during the baby's funeral and burial.

This article covers opinion polling for the 2022 Philippine presidential and vice presidential elections. Opinion polling in Philippines is conducted by Social Weather Stations (SWS), Pulse Asia, OCTA Research, and other pollsters. Poll results are listed in the table below in reverse chronological order. The front-runner is in bold. Those that are within the margin of error are in italics. 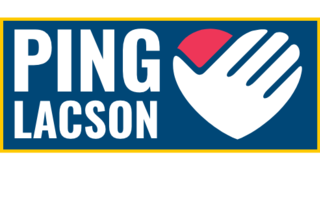 The 2022 presidential campaign of Leni Robredo began on October 7, 2021, when she filed her candidacy for the 2022 Philippine presidential election. Leni Robredo is the incumbent vice president of the Philippines since June 30, 2016, and was a former representative of Camarines Sur's 3rd congressional district.

The 2022 presidential campaign of Isko Moreno began on September 22, 2021, when Isko Moreno announced his intention to run for the presidency in the 2022 Philippine presidential election. Isko Moreno has served as the mayor of Manila, the country's capital city, since June 30, 2019.

The Katipunan ng Nagkakaisang Pilipino is a political party in the Philippines. The party was founded in June 19, 2020 by Kerby Javier Salazar, a provincial board member from Cavite, to be a platform for youth empowerment in the national government.