The Port Chicago Naval Magazine National Memorial is a memorial dedicated in 1994 recognizing the dead of the Port Chicago disaster, and the critical role played by Port Chicago, California during World War II, in serving as the main facility for the Pacific Theater of Operations. The memorial is located at the Concord Naval Weapons Station near Concord, California, in the United States.

The Port Chicago disaster was a deadly munitions explosion that occurred on July 17, 1944, at the Port Chicago Naval Magazine in Port Chicago, California, United States. Munitions detonated while being loaded onto a cargo vessel bound for the Pacific Theater of Operations, killing 320 sailors and civilians and injuring 390 others. Most of the dead and injured were enlisted African American sailors.

Port Chicago was a town on the southern banks of Suisun Bay, in Contra Costa County, California. It was located 6.5 miles (10 km) east-northeast of Martinez, at an elevation of 13 feet. It is best known as the site of a devastating explosion at its Naval Munitions Depot during World War II.

The 1944 Port Chicago disaster occurred at the naval magazine and resulted in the largest domestic loss of life during World War II. 320 sailors and civilians were instantly killed on July 17, 1944, when the ships they were loading with ammunition and bombs exploded. The majority of the deaths were African American sailors working for the racially segregated military. The explosion and its aftermath led to the largest Naval mutiny in US history, and it and the subsequent trial became major catalysts for the United States Navy to desegregate following the war.[ citation needed ] 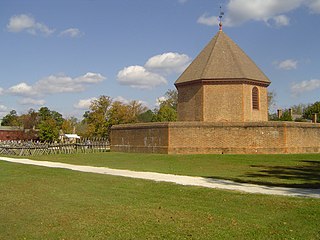 Magazine is the name for an item or place within which ammunition or other explosive material is stored. It is taken originally from the Arabic word "makhāzin" (مخازن), meaning storehouses, via Italian and Middle French.

Racial segregation is the systemic separation of people into racial or other ethnic groups in daily life. It may apply to activities such as eating in a restaurant, drinking from a water fountain, using a public toilet, attending school, going to the movies, riding on a bus, or in the rental or purchase of a home or of hotel rooms. Segregation is defined by the European Commission against Racism and Intolerance as "the act by which a person separates other persons on the basis of one of the enumerated grounds without an objective and reasonable justification, in conformity with the proposed definition of discrimination. As a result, the voluntary act of separating oneself from other people on the basis of one of the enumerated grounds does not constitute segregation". According to the UN Forum on Minority Issues, "The creation and development of classes and schools providing education in minority languages should not be considered impermissible segregation, if the assignment to such classes and schools is of a voluntary nature".

Mutiny is a criminal conspiracy among a group of people to openly oppose, change, or overthrow a lawful authority to which they are subject. The term is commonly used for a rebellion among members of the military against their superior officers, but it can also occasionally refer to any type of rebellion against authority figures or governances.

The national memorial, administered by the National Park Service, was authorized by Public Law 102-562 on October 28, 1992. The memorial was dedicated in 1994 and is located on the grounds of the Military Ocean Terminal Concord (MOTCO), formerly the Tidal Area of the Concord Naval Weapons Station. The memorial is only open to the public through reserved guided tours. On October 28, 2009, the Memorial became an official unit of the National Park System.

Military Ocean Terminals are operated by the U.S. Army Surface Deployment and Distribution Command (SDDC) for distribution of surface cargo from storage and repair depots to military forward based units.

Concord Naval Weapons Station was a military base established in 1942 north of the city of Concord, California at the shore of the Sacramento River where it widens into Suisun Bay. The station functioned as a World War II armament storage depot, supplying ships at Port Chicago. Concord NWS continued to support war efforts during the Korean War, the Vietnam War and the Gulf War, processing and shipping thousands of tons of materiel out across the Pacific Ocean. During World War II it also had a Naval Outlying Field at the southern edge of the base. It ceased being an operating airfield after World War II.

The Port Chicago Committee is working toward expanding the current memorial to encompass 250 acres (1.0 km2) of the former Port Chicago waterfront. The memorial site could include some of the railroad revetments and old boxcars from the 1940s period, as well as the existing memorial chapel, with stained-glass windows depicting the World War II operations.[ citation needed ] 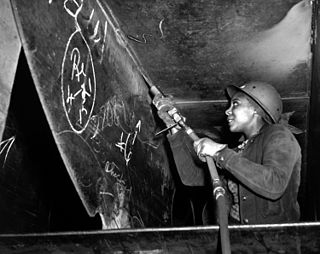 Rosie the Riveter/World War II Home Front National Historical Park is a United States national historical park located in Richmond, California, near San Francisco. The park preserves and interprets the legacy of the United States home front during World War II, including the Kaiser Richmond Shipyards, the Victory ship SS Red Oak Victory, a tank factory, housing developments and other facilities built to support America's entry into World War II. In particular, the role of women and African-Americans in war industries is explored and honored. 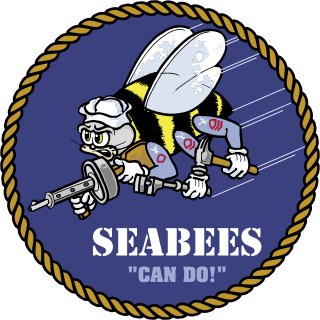 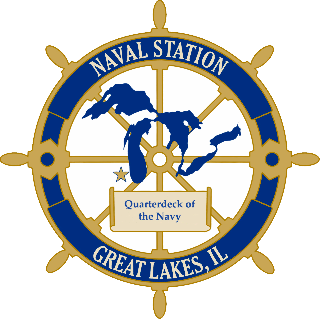 Naval Station Great Lakes is the home of the United States Navy's only boot camp, located near North Chicago, in Lake County, Illinois. Important tenant commands include the Recruit Training Command, Training Support Center and Navy Recruiting District Chicago. Naval Station Great Lakes is the largest military installation in Illinois and the largest training station in the Navy. The base has 1,153 buildings situated on 1,628 acres (6.59 km2) and has 69 miles (111 km) of roadway to provide access to the base's facilities. Within the naval service, it has several different nicknames, including "The Quarterdeck of the Navy", or the more derogatory "Great Mistakes".

The fourth USS Vesuvius (AE-15) was laid down under a Maritime Commission contract by the North Carolina Shipbuilding Company, Wilmington, N.C.; launched on 26 May 1944; acquired by the United States Navy on 4 July 1944; and commissioned on 16 January 1945, Comdr. Flavius J. George in command.

The United States Navy Memorial, on Pennsylvania Avenue NW between 7th Street Northwest and 9th Street Northwest in Washington, D.C., honors those who have served or are currently serving in the Navy, Marine Corps, Coast Guard, and the Merchant Marine. 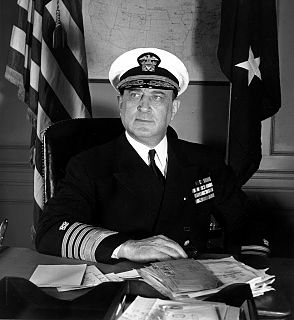 Admiral Ben Moreell was the chief of the U.S. Navy's Bureau of Yards and Docks and of the Civil Engineer Corps. Best known to the American public as the Father of the Navy's Seabees, Moreell's life spanned eight decades, two world wars, a great depression and the evolution of the United States as a superpower. He was a distinguished Naval Officer, a brilliant engineer, an industrial giant and articulate national spokesman. 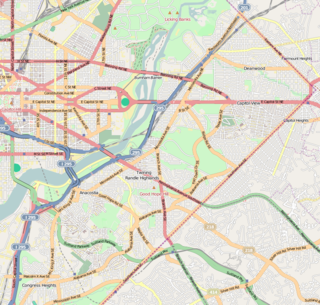 USS LST-353 was an LST-1-class tank landing ship built for the United States Navy during World War II. It was destroyed on 21 May 1944 when an explosion on its deck sparked the West Loch Disaster in Pearl Harbor naval base.

Template:Infobox Retired US Navy Officer Joseph F. Bouchard retired from the US Navy in 2003 as a Captain after 27 years on active duty. He commanded the destroyer USS Oldendorf and Naval Station Norfolk, the world’s largest naval base. 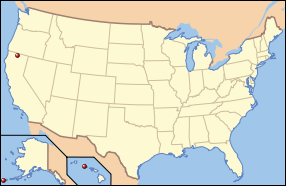 USS LST-480 was an LST-1-class tank landing ship built for the United States Navy used in the Asiatic-Pacific Theater during World War II. 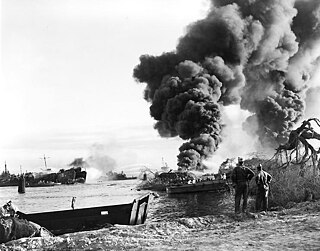 The West Loch Disaster was a maritime accident during World War II at the Pearl Harbor U.S. Naval Base in Hawaii. The incident, which occurred just after 1500 hrs. on Sunday 21 May 1944, began following an explosion in a staging area for Landing Ships, Tank (LSTs) and other amphibious assault ships in West Loch. A fire quickly spread among the ships being prepared for Operation Forager, the invasion of the Japanese-held Mariana Islands. Over the next 24 hours, six LSTs sank, 163 naval personnel died and 396 were injured.