Willow Creek-Lurline Wildlife Management Area is located in the Sacramento Valley of California. The landscape is very flat, bordered by the Sierra and Coast ranges and surrounded by intensive agriculture (rice and other grains). The objective of this wildlife management area is to protect fall/winter habitat for waterfowl through the acquisition of conservation easements on privately owned wetlands. It is not open to the public. 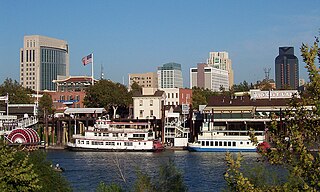 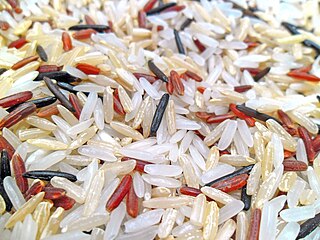 Approximately 20,000 acres (81 km2) lie within the approved acquisition boundary, of which about 12,000 acres (49 km2) are privately owned for the purpose of waterfowl hunting. Conservation easements have been acquired on 6,000 acres (24 km2), requiring landowners to maintain land in wetlands. 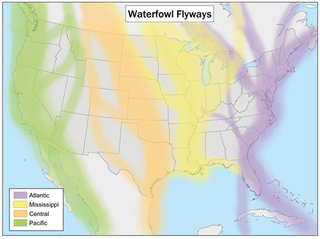 The Yolo Bypass is one of two flood bypasses in California's Sacramento Valley located in Yolo and Solano Counties. Through a system of weirs, the bypass diverts floodwaters from the Sacramento River away from the state's capital city of Sacramento and other nearby riverside communities.

Ducks Unlimited (DU) is an American nonprofit organization 501(c) dedicated to the conservation of wetlands and associated upland habitats for waterfowl, other wildlife, and people. It has had a membership of around 700,000 since January 2013.

Sand Lake Wetland Management District is located in the U.S. state of South Dakota and is administered by the U.S. Fish and Wildlife Service. This is the largest Wetland Management District in the U.S., with 45,000 acres (182 km2) of area directly under federal protection and another 550,000 acres (2,225 km2) managed in partnership with private landowners as conservation easements. A total of 162 Waterfowl Production areas are located on the federally owned lands and the conservation easements are generally adjacent to these areas and act as buffer zones to increase habitat protection.

Catahoula National Wildlife Refuge, located in east central Louisiana, United States, 12 miles (19 km) east of Jena, was established in 1958 as a wintering area for migratory waterfowl. The refuge contains 25,162 acres (101.83 km2) divided into two units. The 6,671-acre (27 km2) Headquarters Unit borders nine miles (14 km) of the northeast shore of Catahoula Lake, a 26,000-acre (110 km2) natural wetland renowned for its large concentrations of migratory waterfowl. The 18,491-acre (74.83 km2) Bushley Bayou Unit, located 8 miles (13 km) west of Jonesville, was established May 16, 2001. This acquisition was made possible through a partnership agreement between The Conservation Fund, American Electric Power, and the Fish and Wildlife Service. The habitat found at the refuge is primarily lowland hardwood forest subject to seasonal backwater flooding from the Ouachita, and Red Rivers. 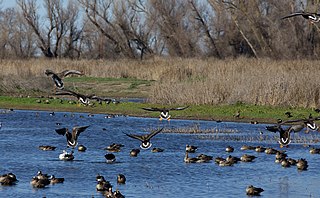 Grasslands Wildlife Management Area lies within the San Joaquin River basin in California and supports the largest remaining block of wetlands in the Central Valley, containing 70,000 acres (280 km2) of private wetlands and associated, and surrounding 53,000 acres (210 km2) of state and federal lands. Perpetual conservation easements on private lands have been purchased by the United States Fish and Wildlife Service.

Located within 11 counties in the Sacramento Valley and the Sacramento-San Joaquin Delta of California, North Central Valley Wildlife Management Area consists of conservation easements acquired on privately owned wetlands. The landscape is very flat, bordered by the Sierra and Coast ranges and is surrounded by intensive agriculture. 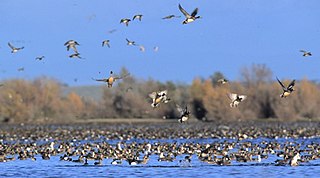 Detroit Lakes Wetland Management District is located in northwest Minnesota and includes the counties of Becker, Clay, Mahnomen, Norman, and Polk - an area of approximately 6,000 square miles (16,000 km2). The district is divided into three general landscape areas, roughly equal in size. From west to east, these are: the Red River Valley floodplain, the glacial moraine/prairie pothole region, and the hardwood/coniferous forest. The district currently manages over 42,000 acres (170 km2) of public land in 165 waterfowl production areas (WPAs). Additionally, district staff are responsible for more than 300 wetland and upland easements on private property, totaling more than 11,000 acres (45 km2).

The Fergus Falls Wetland Management District was established in 1962 with the initiation of the Accelerated Small Wetlands Acquisition Program. It is located in west central Minnesota and includes the counties of Douglas, Grant, Otter Tail, Wadena and Wilkin.

The Minnesota Valley Wetland Management District is a fourteen-county district located in east central Minnesota. It includes portions of the Minnesota, Cannon, and Mississippi River watersheds.

The Morris Wetland Management District includes 244 waterfowl production areas, encompassing over 50,000 acres (200 km2) scattered throughout an eight-county area. Like other wetland management districts in the prairie states, the goal of the Morris District is to restore and protect sufficient wetland and grassland habitat to meet the needs of prairie wildlife, particularly breeding waterfowl, as well as provide places for public recreation.

The Windom Wetland Management District acquires and manages Waterfowl Production Areas, enforces wetland easements, and provides conservation assistance to landowners in 12 southwestern Minnesota counties. The landscape is dominated by intense, row-crop agriculture, which has led to the drainage of most wetlands and widespread water quality problems. Deteriorating drainage tile systems and the abundance of historic wetland basins provide unlimited opportunities for wetland restorations.