California Department of Fish and Wildlife

The Game Act was passed in 1852 by the California State Legislature and signed into law by Governor John Bigler. The Game Act closed seasons in 12 counties for quail, partridge, mallard and wood ducks, elk, deer, and antelope. A second legislative action enacted the same year protected salmon runs. In 1854, the Legislature extended the act to include all counties of California. In 1860, protection controls were extended for trout. Lake Merritt in Oakland was made the first game refuge of California in 1869, believed to be the first in the United States.

In 1870, the Legislature, with the support of Governor Henry Huntly Haight, created the Board of Fish Commissioners. The Board stipulated that fish ladders were now required at state dams. The Board outlawed explosives or other deleterious substances, and created a $500 fine for violations. In 1870, the first fish ladder in the state was built on a tributary of the Truckee River, and a state hatching house was established at the University of California in Berkeley.

In 1871, the state appointed the first Game Wardens to handle wildlife law enforcement, making the Enforcement Division of the Department of Fish and Game the first state law enforcement agency enacted in California. Over the next 30 years, the Board of Fish Commissioners were given authority over game in the state as well as establishing hunting and fishing licenses. [1]

California Fish and Game also collaborated with the indigenous Native American Tribes to ensure their proper fishing rights. The Yurok tribe has collaborated with them as recently as 2011. [2] The department also helped figure out the official count of fish killed (which was around 30,000) [3] in the 2002 Fish Kill on the Klamath River. The Klamath river is very important to the tribes that live along that river. [3]

By 2012, California was one of only 13 states still using "Game" in the title of their wildlife agency. The State Legislature changed the department's name to Fish and Wildlife on January 1, 2013. The legislation followed recommendations of a 51-member stakeholder advisory group. 18 other states use the term "wildlife," while the others generally use "natural resources" or "conservation," in the titles of their Departments. This change reflects the trend toward expansion of the Agencies' missions from sport fishing and hunting alone, to protection of non-game wildlife and whole ecosystems. [4]

In June 2015, the CDFW phased out lead ammunition for hunting on state land in order to keep lead out of backcountry ecosystems. [5]

The Department of Fish and Wildlife divides the State of California into seven management regions whose boundaries mostly correspond to county borders (with the exception of Sacramento, Yolo, and San Joaquin counties).

The Marine Region officers patrol the entire coastline of California, and up to 200 miles off the shore. Marine officers enforce commercial and sport fishing laws through spot checks on the water and on land. As of 2001, the Marine Region was patrolled by 63 officers piloting 65-foot, 54-foot, and 40-foot mono-hull patrol vessels and 18-foot and 24-foot rigid-hull inflatable patrol boats. Some rigid-hull inflatable boats are carried on the larger patrol vessels, while others are carried on trailers to respond to emergencies on the north coast. [14]

The Special Operations Unit (SOU) is CDFW's investigative unit. The SOU investigates crimes related to improper use of California's natural resources, including poaching of fish and game. The unit accomplishes this with a combination of physical surveillance and undercover operations. [15]

The CDFW operates an Air Services unit for the purposes of aerial surveillance, fish stocking, and transportation. All CDFW pilots are fully qualified peace officers, pilots, and airplane mechanics. [16] They are responsible for maintaining their own aircraft, and fly out of Hemet, Fresno, Sacramento, and Redding. [17]

Office of Spill Prevention and Response

The Office of Spill Prevention and Response (OSPR) is a branch of the California Department of Fish and Wildlife that is tasked with responding to pollution and protecting the wildlife of California. The OSPR has authority over all surface waters in California, both inland and up to 200 miles (320 km) off the coast. The funding for the OSPR's Oil Spill Prevention Administration Fund comes from a fee placed on every barrel of crude oil entering California.

The CDFW Wildlife Forensics Laboratory is a forensic laboratory that uses molecular biology to investigate crimes against animals. The lab is staffed by three wildlife forensic specialists who help CDFW officers identify species, determine the biological sex of an animal, and determine whether two samples are from the same animal. [18]

The California Fish and Game Commission is an organ of the California state government, and is separate from the CDFW. [19] Although the department's name was recently modified by changing the word "Game" to "Wildlife", no such name change has occurred for the commission. [4]

CDFW officers were followed by the National Geographic Channel show "Wild Justice" in 2010 and 2011. 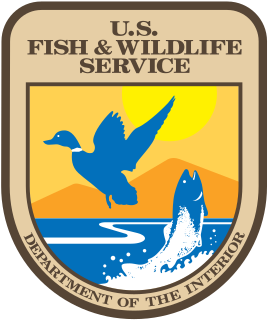 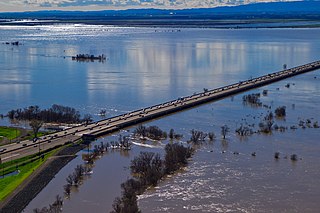 The Oregon Department of Fish and Wildlife (ODFW) is an agency of the government of the U.S. state of Oregon responsible for programs protecting Oregon fish and wildlife resources and their habitats. The agency operates hatcheries, issues hunting and angling licenses, advises on habitat protection, and sponsors public education programs. Its history dates to the 1878 establishment of the office of Columbia River Fish Warden. Since 1931, enforcement of Oregon's Fish and Game laws has been the responsibility of the Oregon State Police rather than separate wardens.

The Tennessee Wildlife Resources Agency (TWRA) is an independent state agency of the state of Tennessee with the mission of managing the state's fish and wildlife and their habitats, as well as responsibility for all wildlife-related law enforcement activities. The agency also has responsibility for fostering the safe use of the state's waters through a program of law enforcement, education, and access.

The Florida Fish and Wildlife Conservation Commission (FWC) is a Florida government agency founded in 1999 and headquartered in Tallahassee. It manages and regulates the state's fish and wildlife resources, and enforces related laws. Officers are managers, researchers, and support personnel, and perform law enforcement in the course of their duties.

A conservation officer is a law enforcement officer who protects wildlife and the environment. A conservation officer may also be referred to as an environmental technician or technologist, game warden, forest ranger, forest watcher, forest guard, forester, gamekeeper, investigator, wilderness officer, wildlife officer, or wildlife trooper. In Canada, all of these fall under the rubric of National Occupational Classification code 2224.

The Louisiana Department of Wildlife & Fisheries – Enforcement Division (LDWF) is the fish & game regulatory agency of Louisiana. It has jurisdiction anywhere in the state, and in state territorial waters. The agency enforces both state and federal laws dealing with hunting, fishing, and boating safety. The agency also enforces criminal laws in rural areas including DWI enforcement both on highways and waterways. Most of the Department's Wildlife Agents also carry Federal law enforcement commissions issued from the United States Department of the Interior - U.S. Fish and Wildlife Service, and United States Department of Commerce - U.S. National Marine Fisheries Service (NMFS). These federal commissions allow these state officers to enforce federal migratory waterfowl laws and federal marine fisheries laws in state and federal waters off the coast of Louisiana. Besides their traditional role as a "game warden", Louisiana Wildlife Enforcement Agents also have a number of other responsibilities, including conducting board of health inspections on some portions of the state's commercial fishing industry. Agents are trained in and conduct numerous search and rescue operations, both in remote land areas and on the state's waterways. Agents ensure that hunters, anglers, boaters, dealers, breeders, farmers, and transporters are in compliance with regulations governing equipment, quotas, licenses, and registrations. Agents also assist other State departments and law enforcement agencies in the coordination of educational and professional endeavors, as well as national and state emergency alerts by the Federal Office of Emergency Preparedness. In addition, agents perform search and rescue missions alone or in conjunction with other local, state, and federal agencies.

The Kansas Department of Wildlife, Parks, and Tourism (KDWPT) is a state cabinet-level agency led by a Secretary of Wildlife and Parks appointed by the Governor of Kansas. The Office of the Secretary is located in Topeka, the state capital of Kansas. A seven-member, bipartisan commission, also appointed by the Governor, advises the Secretary and approves regulations governing outdoor recreation and fish and wildlife resources in Kansas. KDWPT employs approximately 420 full-time employees in five divisions: Executive Services, Administrative Services, Fisheries and Wildlife, Law Enforcement, and Parks. At full staffing, KDWPT Law Enforcement Division is staffed by 83 positions.

The Connecticut State Environmental Conservation Police,, is a Division within the Connecticut Department of Energy and Environmental Protection (DEEP) and serves as the primary law enforcement agency on all DEEP properties that include 65 state parks, 27 state forests, 10 wildlife management areas and all state waterways. Officers assigned to the EnCon Police are appointed under Connecticut General Statutes Chapter 490, §26-5 with their law enforcement authority derived from §26-6.

The North Dakota Game and Fish Department is the State of North Dakota's State agency charged with stewardship of the state's fish, game, and wildlife resources. The department sets fish and game regulations, including issuance of hunting and fishing licenses and enforcement of state regulations throughout the state. The department also enforces watercraft regulations and registration, along with enforcement of Invasive species laws.