Plumas-Eureka State Park is a California state park located in the Sierra Nevada and Cascade Range in Plumas County, California. [2] [3]

The park, as a mining museum, shows and protects the history of the active mid-19th century California Gold Rush mining period. As a large natural area it shows and protects the serenity of the mountain's meadows, forests, lakes, and granite peaks. Camping, picnicking, biking, fishing, and hiking are offered. [2]

The historic mining area includes a museum in the miner's bunkhouse, the Mohawk Stamp Mill, Bushman five-stamp mill, stables, a blacksmith shop, the mine office, and a miner’s home "Moriarity House". [4]

A California Historical Landmark marker is located in the park honoring the mining areas of Jamison City, Eureka Mills, Johnstown, and the Eureka Mine. [1]

Plumas-Eureka State Park is in the Sierra Nevada Coniferous Forest ecosystem of the Temperate Coniferous Forests Biome. [5] The park's animals include black bear, deer, weasel, mink, marten, mountain lion, bobcat, fox, and many others. [2] The park is within the Feather River watershed and encompasses some of its headwaters. [2]

Plumas-Eureka State Park is located about 60 miles north of Lake Tahoe in Northern California. It is five miles west of Blairsden on County Road A-14. [2] [6]

This is one of the 48 California state parks proposed for closure in January 2008 by California's Governor Arnold Schwarzenegger as part of a deficit reduction program since rescinded following public outcry. [7] Plumas-Eureka State Park, except during the winter season, is open to the public. [2] [6] 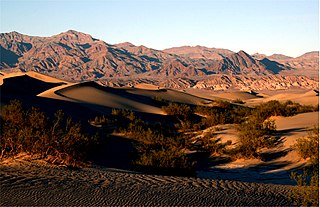 Death Valley National Park is an American national park that straddles the California–Nevada border, east of the Sierra Nevada. The park boundaries include Death Valley, the northern section of Panamint Valley, the southern section of Eureka Valley and most of Saline Valley. The park occupies an interface zone between the arid Great Basin and Mojave deserts, protecting the northwest corner of the Mojave Desert and its diverse environment of salt-flats, sand dunes, badlands, valleys, canyons and mountains. Death Valley is the largest national park in the contiguous United States, as well as the hottest, driest and lowest of all the national parks in the United States. It contains Badwater Basin, the second-lowest point in the Western Hemisphere and lowest in North America at 282 feet (86 m) below sea level. More than 93% of the park is a designated wilderness area. The park is home to many species of plants and animals that have adapted to this harsh desert environment including creosote bush, Joshua tree, bighorn sheep, coyote, and the endangered Death Valley pupfish, a survivor from much wetter times. UNESCO included Death Valley as the principal feature of its Mojave and Colorado Deserts Biosphere Reserve in 1984. 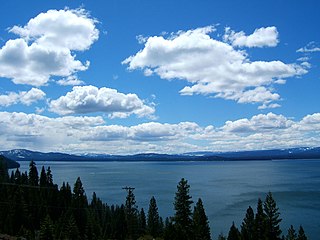 Plumas County is a county in the Sierra Nevada of California, United States. As of the 2020 census, the population was 19,790. The county seat is Quincy, and the only incorporated city is Portola. The largest community in the county is East Quincy. The county was named for the Spanish Río de las Plumas, which flows through it.

Sierra County is a county located in the U.S. state of California. As of the 2020 census, the population was 3,236, making it California's second-least populous county. The county seat is Downieville, and the only incorporated city is Loyalton. The county is in the Sierra Nevada, northeast of Sacramento on the border with Nevada.

Portola is the only incorporated city in Plumas County, California, United States. The population was 2,104 at the 2010 census, down from 2,227 at the 2000 census. Portola is located on the Middle Fork of the Feather River and was named after Spanish explorer Gaspar de Portolá, although he did not explore this area. 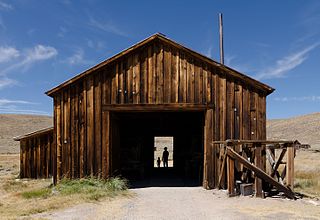 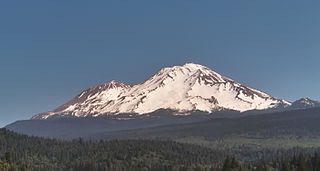 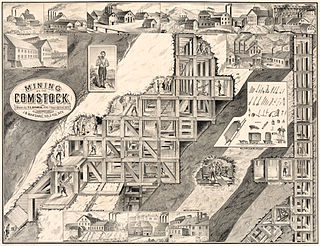 The Comstock Lode is a lode of silver ore located under the eastern slope of Mount Davidson, a peak in the Virginia Range in Virginia City, Nevada, which was the first major discovery of silver ore in the United States and named after American miner Henry Comstock. 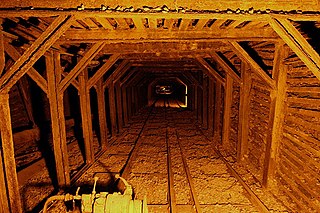 Butterfly Valley Botanical Area, in the northern Sierra Nevada, was designated a protected botanical area in 1976 due to its abundance and diversity of plant life. It is located just north of Quincy, in Plumas County of northeastern California, United States. The diverse and unique plant community habitats in the nature reserve, at elevations of 3,590–3,800 feet (1,090–1,160 m), are protected and managed by the Mt. Hough Ranger District of the Plumas National Forest.

Graniteville is a small, unincorporated community and census-designated place (CDP) located in Nevada County, California, United States. The town sits on the San Juan ridge separating the Middle and South Forks of the Yuba River, approximately 26 miles (42 km) northeast of Nevada City. The elevation of Graniteville is 4,977 feet (1,517 m) above sea level.

Kearsarge or Kearsarge City is a former mining settlement in Inyo County, eastern California. It was located high on the east slope of the Sierra Nevada, near Kearsage Pass, 8 miles (13 km) west of present-day town of Independence, California.