Will Rogers State Historic Park is the former estate of American humorist Will Rogers. It lies in the Santa Monica Mountains in Los Angeles, in the Pacific Palisades area.

In what is now the Los Angeles neighborhood of Pacific Palisades, Rogers built his ranch, where he lived with his wife Betty and their three children, Will Jr., Mary and James. The 31-room ranch house, which includes 11 baths and seven fireplaces, is surrounded by a stable, corrals, riding ring, roping arena, golf course, polo field—and riding and hiking trails that give visitors views of the ranch and the surrounding countryside—186 acres (757,000 m²). The ranch became a State Park in 1944 after the death of Mrs. Rogers, and the house was listed on the National Register of Historic Places in 1971. [1]

California State Parks completed a major renovation of the ranch house in 2002-2006. The project included reconstruction of flagstone areas that surround the house, seismic safety work, replacement of electrical systems and installation of a new heating and air conditioning system. The house reopened to the public in March 2006.

Beyond the ranch and the stables are the trails that lead to views of the countryside around the park. Since Will Rogers State Historic Park is on the tip of the Santa Monica Mountains, the trails have vistas of both the sea and the mountains. Visitors can hike to Inspiration Point, take the Rogers trail around the perimeter of the park or continue on into Topanga State Park via the Backbone Trail System.

Beyond the Rogers' home, the ranch reflects Will Rogers' roots in horsemanship, starting with the polo field, which is the first thing the visitor sees when looking south from the parking area.[ citation needed ] The field is the only outdoor polo field in Los Angeles County, and the only field that is regulation size. The ranch has been in many movies and television shows, including Star Trek IV , in which it stood in for Golden Gate Park. [2] The polo field features a gentle slope that forms an area for viewing the polo action. Up from the parking area are the ranch buildings, including the visitor center, which once was the Rogers' garage and ranch guest house. The visitor center features a film on the life of Will Rogers, photo mural displays, literature and an audio tour of the grounds.

The ranch buildings and grounds are maintained as they were when the Rogers family lived there in the late 1920s and 1930s. The living room of the main ranch house includes a collection of Native American rugs and baskets, and several original Western art works by Charles M. Russell and Ed Borein. It also features a porch swing in the center of the room and a mounted calf, which was given to Will Rogers to encourage him to rope the calf instead of his friends. The north wing of the house, also furnished in period, original family furnishings, contains the family bedrooms, Rogers' study, and the family parlor/sunroom.

Will Rogers State Historic Park was one of the 48 California state parks proposed for closure in January 2008 by California's Governor Arnold Schwarzenegger as part of a deficit reduction program. [3] 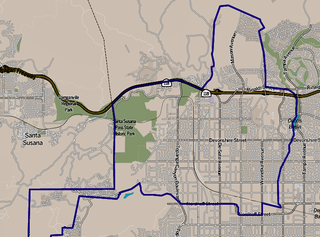 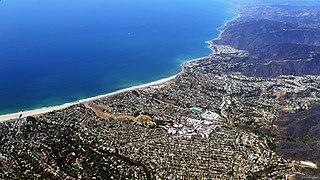 The Santa Monica Mountains Conservancy is an agency of the state of California in the United States founded in 1980 and dedicated to the acquisition of land for preservation as open space, for wildlife and California native plants habitat Nature Preserves, and for public recreation activities. 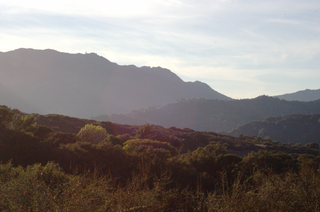 Topanga is a census-designated place (CDP) in western Los Angeles County, California, United States. Located in the Santa Monica Mountains, the community exists in Topanga Canyon and the surrounding hills. The narrow southern portion of Topanga at the coast is between the city of Malibu and the Los Angeles neighborhood of Pacific Palisades. As of the 2010 census the population of the Topanga CDP was 8,289. The ZIP code is 90290 and the area code is primarily 310, with 818 only at the north end of the canyon. It is in the 3rd County Supervisorial district.

Newbury Park is a populated place and town in Ventura County, California, United States. Most of it lies within the western Thousand Oaks city limits while other parts of Newbury Park such as Casa Conejo and Ventu Park remain in unincorporated areas. It makes up all of ZIP code 91320, and is within area code 805. Lying within the Conejo Valley in the northwestern part of the Greater Los Angeles Area, Newbury Park abuts the Santa Monica Mountains. It is approximately 35 miles (56 km) from Downtown Los Angeles and less than 7 mi (11 km) from the Los Angeles County border in Westlake Village. The closest coastal city is Malibu, 22 mi (35 km) from Newbury Park, which may be reached through winding roads or hiking trails crossing the Santa Monica Mountains. About 28,000 residents of Thousand Oaks reside in Newbury Park. Newbury Park makes up around 40 percent of Thousand Oaks' total land area. 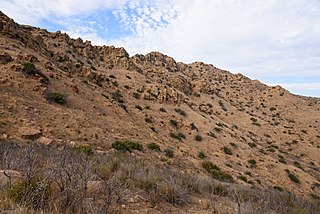 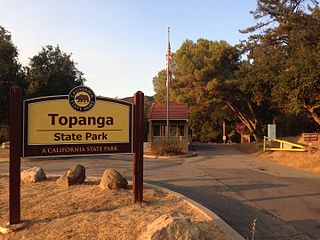 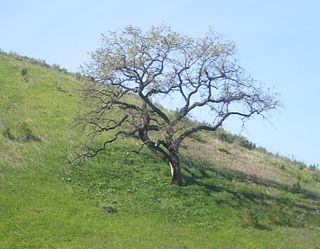 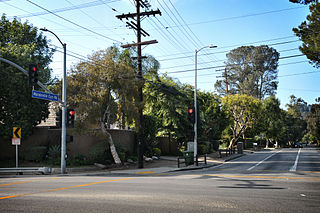 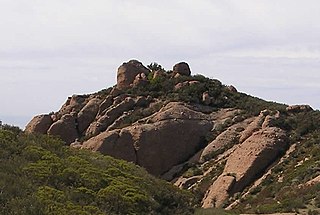 Boney Mountain in Ventura County, California is one of the highest peaks in the Santa Monica Mountains. The prominent mountain visible from Newbury Park, California is 2,825 feet (861 m). It is also known as Boney Peak. The mountain contains four of the highest peaks in the coastal range of the Santa Monica Mountains: Boney Peak, Sandstone Peak, Exchange Peak, and Tri Peaks. The highest summit in the Santa Monica Mountains is Sandstone Peak, situated less than a mile northeast of Boney Peak along the same ridge of volcanic rock. It is the top section of a mass of volcanic rock which solidified around 15 million years ago, and was later uplifted to its dominant position, overshadowing western Conejo Valley. The Chumash Native Americans have a long and deeply spiritual history of interaction at and near the mountain, and the peak is considered a sacred mountain to the Chumash people. 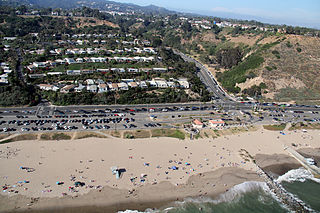 Cornell is an unincorporated community in the Santa Monica Mountains, within western Los Angeles County, California. It is located 5 miles (8.0 km) west of Agoura Hills and around 2.5 miles (4.0 km) north of Malibu. 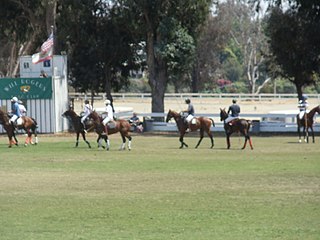 The Will Rogers Polo Club is a polo club in Pacific Palisades, Los Angeles, California. It is located within Will Rogers State Historic Park, and is Southern California's only remaining polo club.