Morro Bay State Park is a state park on the Morro Bay lagoon, in western San Luis Obispo County, on the Central Coast of California. On the lagoon's northeastern and eastern edges in the park, there are saltwater and brackish marshes that support thriving bird populations. [1]

Two of the Nine Sisters chain of volcanic peaks, Black Hill and Cerro Cabrillo, are within the park. Black Hill has a trail through the Monterey Pine (Pinus radiata) trees in Flemings Forest.

The first settlers of the local area were of the Millingstone Horizon culture, early Chumash Native American peoples. These peoples relied partially on the harvesting of fish and shellfish from Morro Bay. One of the closest local settlements of Chumash to Morro Bay State Park is the Back Bay site, a large Chumash archaeological site on a stabilized sand dune in Los Osos dating to at least as early as 800 to 1200 AD. [2] Cabrillo first encountered the Chumash in the year 1542. [3]

The Chumash are a Native American people of the central and southern coastal regions of California, in portions of what is now San Luis Obispo, Santa Barbara, Ventura and Los Angeles counties, extending from Morro Bay in the north to Malibu in the south. Their territory included three of the Channel Islands: Santa Cruz, Santa Rosa, and San Miguel; the smaller island of Anacapa was likely inhabited seasonally due to the lack of a consistent water source.

Morro Bay is a seaside city in San Luis Obispo County, California located along California State Route 1 on California's Central Coast. As of the 2010 census, the city population was 10,234, down from 10,350 at the 2000 census. 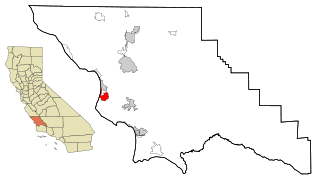 Baywood-Los Osos is an unincorporated community in western San Luis Obispo County, California. The population was 14,351 in the 2000 census. It includes the communities of Los Osos, which is located near Morro Bay, Baywood Park, and the former community of Cuesta-by-the-Sea. 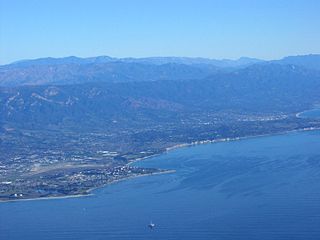 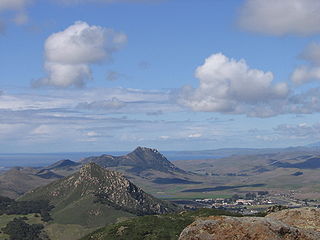 The Nine Sisters or the Morros are a chain of nine volcanic mountains and hills in western San Luis Obispo County, Southern California. They run between Morro Bay and San Luis Obispo. 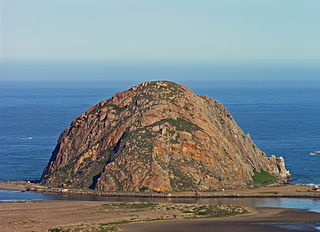 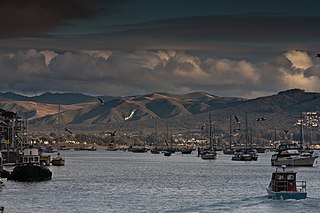 Los Osos is an unincorporated community located along the Pacific coast of San Luis Obispo County, California. The community is part of the 93402 and 93412 ZIP codes and area code 805. The population was estimated to be 16,533 in 2019. For statistical purposes, the United States Census Bureau has defined Los Osos as a census-designated place (CDP). The census definition of the area may not precisely correspond to local understanding of the area with the same name. 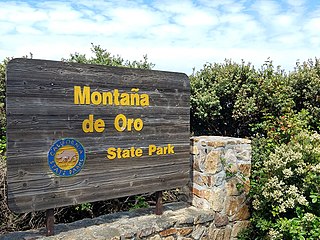 Haliotis rufescens is a species of very large edible sea snail in the family Haliotidae, the abalones, ormer shells or paua. It is distributed from British Columbia, Canada, to Baja California, Mexico. It is most common in the southern half of its range. 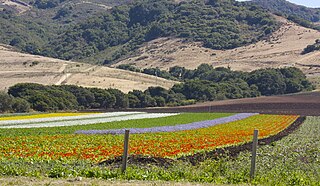 Los Osos Back Bay is a prehistoric Chumash archaeological site in the Los Osos Valley, near the coast in San Luis Obispo County, California.

Humaliwo was a Chumash village located in present-day Malibu, California. “Humaliwo” meant "Where the surf sounds loudly". The village occupied a hill across from the lagoon in Malibu Lagoon State Beach.