Chapa Dara District (Pashto : چپه دره ولسوالۍ‎) is situated in the western part of Kunar Province, Afghanistan and borders Nuristan Province. [2] [3] The population is 27,500 (2006). The district consists of a mountainous terrain. The capital of the district is Chapa Dara.

The population of the district is predominantly Pashtun and Pashai. In the Digal valley region, remnants of the Indo-Aryan Nangalami (Grangali) language is still spoken in two villages.

On July 25, 2011, a NATO attack helicopter crashed in the Chapa Dara region. The Taliban claimed they shot it down. [4]

On 22 October 2018, the Ministry of Defense claimed that they killed 11 insurgents in airstrikes and clearing operations in Chapa Dara. [5]

The violence forced thousands of families to flee their homes. Despite these numbers, there are no sprawling refugee camps in Chapa Dara. Some displaced people are staying in the houses of relatives, where – as usual across Afghanistan – extended families live together in small spaces. Others have received tents from the Afghan government that are randomly tucked away here and there. These families became dependent on aid by the World Food Programme and the United States Agency for International Development. [1] 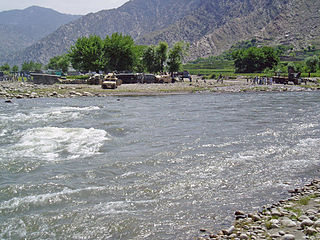 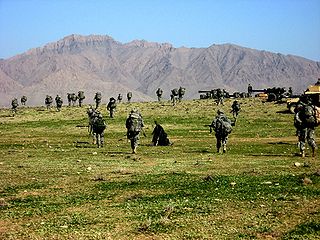 Operation Bulldog Bite was a joint U.S. and Afghan counter-insurgent mission in Kunar province, Afghanistan, against Taliban forces, in November 2010. The operation targeted Taliban havens in the villages of the watahpur Valley, which lies in the eastern region of the Pech River Valley. The region has served as a transit area for Taliban and al Qaeda fighters infiltrating from Pakistan, and is just five miles from the Korengal Valley, an area where US forces shut down combat outposts last winter. In 2009, US commanders claimed that the Korengal was strategically insignificant due to its remote location, but since that time, the Taliban and al Qaeda have used the region to launch attacks into neighboring Afghan provinces.

Events from the year 2011 in Afghanistan.

The Taliban–ISIL conflict in Afghanistan is an ongoing armed conflict between the Islamic State of Iraq and the Levant's branch in Afghanistan and the Taliban, as well as groups affiliated with ISIL and Taliban splinter factions dissatisfied with the groups' leadership.