Gosfandi District is a district of Sar-e Pol Province, Afghanistan. After the Taliban's rise to power in the 1990s, they committed five massacres, killing some 96 people, in the district. [1]

Afghanistan, officially the Islamic Emirate of Afghanistan, is a landlocked country at the crossroads of Central and South Asia. It is bordered by Pakistan to the east and south, Iran to the west, Turkmenistan and Uzbekistan to the north, and Tajikistan and China to the northeast. Occupying 652,864 square kilometers (252,072 sq mi), the country is predominately mountainous with plains in the north and southwest. It is inhabited by 31.4 million people as of 2020, composed mostly of ethnic Pashtuns, Tajiks, Hazaras, and Uzbeks. Kabul serves as its capital and largest city. 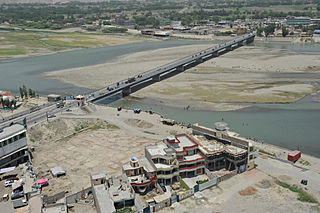 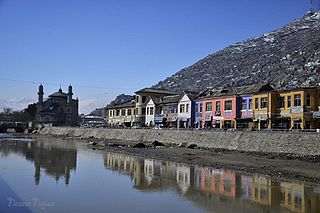 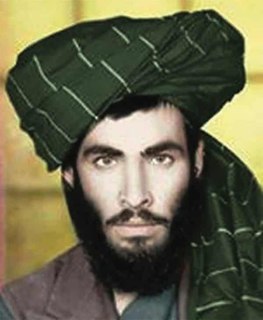 Mohammed Omar Mujahid was an Afghan mullah (cleric) and military commander who led the Taliban and founded the Islamic Emirate of Afghanistan in 1996.

Afghanistan is divided into 34 provinces. The provinces of Afghanistan are the primary administrative divisions. Each province encompasses a number of districts or usually over 1,000 villages. 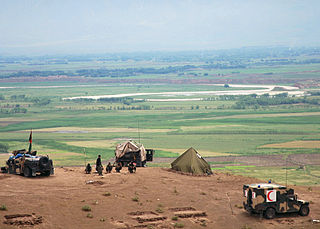 Helmand, also known as Hillmand, in ancient times, as Hermand and Hethumand, is one of the 34 provinces of Afghanistan, in the south of the country. It is the largest province by area, covering 58,584 square kilometres (20,000 sq mi) area. The province contains 13 districts, encompassing over 1,000 villages, and roughly 1,446,230 settled people. Lashkargah serves as the provincial capital. 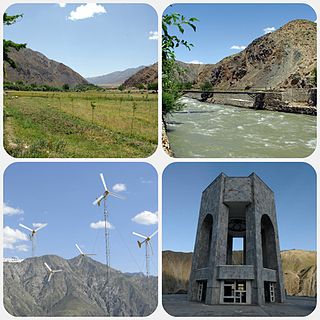 Badakhshan Province is one of the 34 provinces of Afghanistan, located in the farthest north-eastern part of the country between Tajikistan and Pakistan-administered Gilgit-Baltistan region. It shares a 91-kilometer (57-mile) border with China.

Panjwayi is a district in Kandahar Province, Afghanistan. It is widely considered the spiritual home of the Taliban and is located about 35 kilometres (22 mi) west of Kandahar. The district borders Helmand Province to the southwest, Maywand District to the west, Zharay District to the north, Arghandab, Kandahar and Daman districts to the east and Reg District to the south. The population was around 77,200 in 2006, most of which are peasants and poorly educated due to non-availability of schools. The district center is Bazar-e Panjwayi, located in the northern part of the district. The area is irrigated by the Helmand and Arghandab Valley Authority. 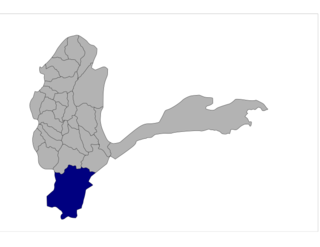 Kuran wa Munjan District is one of the 28 districts of Badakhshan Province in eastern Afghanistan. Located in the Hindu Kush mountains, the district is home to approximately 8,000 residents. The district administrative center is Kuran wa Munjan. 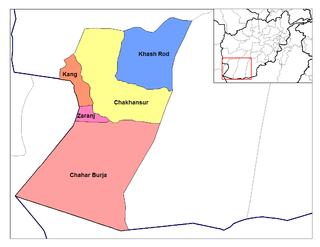 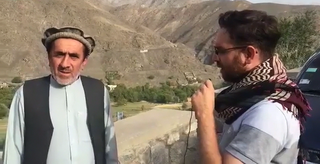