The World Summit on Sustainable Development 2002, took place in South Africa, from 26 August to 4 September 2002. It was convened to discuss [sustainable development] organizations, 10 years after the first Earth Summit in Rio de Janeiro. (It was therefore also informally nicknamed "Rio+10".)

The Johannesburg Declaration was the main outcome of the Summit; however, there were several other international agreements.

It laid out the Johannesburg Plan of Implementation as an action plan. [1]

Johannesburg, 27 August: agreement was made to restore the world's depleted fisheries for 2015. It was agreed to by negotiators at the World Summit.

Instead of new agreements between governments, the Earth Summit was organized mostly around almost 300 "partnership initiatives" known as Type II, as opposed to Type I Partnerships which are the more classic outcome of international treaties. These were to be the key means to achieve the Millennium Development Goals. These are kept in a database of Partnerships for Sustainable Development. [2]

The absence of the United States rendered the summit partially impotent. George W. Bush boycotted the summit and did not attend. Except for a brief appearance by Colin Powell, who hurriedly addressed the closing stages of the conference while his airplane taxied on the runway of Johannesburg International, the US government did not send a delegation, earning Bush praise in a letter from conservative organizations such as Americans for Tax Reform, American Enterprise Institute, and Competitive Enterprise Institute. [3] [4]

The United Nations Conference on the Human Environment, was first held in Stockholm, Sweden, in June 1972, and marked the emergence of international environmental law. The Declaration on the Human Environment also known as the Stockholm Declaration set out the principles for various international environmental issues, including human rights, natural resource management, pollution prevention and the relationship between the environment and development. The conference also led to the creation of the United Nations Environment Programme.

South Africa's first National Conference on Environment and Development entitled, "Ecologise Politics, Politicise Ecology" was held at the University of the Western Cape in conjunction with the Cape Town Ecology Group and the Western Cape Branch of the World Conference on Religion and Peace in 1991. Prominent persons involved in this conference were Ebrahim Rasool, Cheryl Carolus, Faried Esack, and Julia Martin.

The initial informal discussions on a possible new Summit in 2002 were held in February 1998 and hosted by Derek Osborn who co-chaired the preparatory meetings for Rio+5 and Stakeholder Forum for a Sustainable Future. A set of 10 governments started working informally to start putting together the possible agenda for a Summit. the non-papers produced in 1998 and 1999 ensured that when the UN Commission met in 2000 it could agree to host another Summit in 2002.

Rio Convention relates to the following three conventions, which are results of the Earth Summit held in Rio de Janeiro in 1992.

Habitat II, the Second United Nations Conference on Human Settlements was held in Istanbul, Turkey from June 3–14, 1996, twenty years after Habitat I held in Vancouver in 1976. Popularly called the "City Summit", it brought together high-level representatives of national and local governments, as well as private sector, NGOs, research and training institutions and the media. Universal goals of ensuring adequate shelter for all and human settlements safer, healthier and more livable cities, inspired by the Charter of the United Nations, were discussed and endorsed. 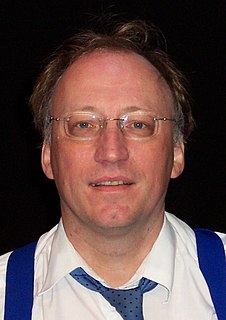 The United Nations Programme of Action on the Sustainable Development of Small Island Developing States, popularly referred to as the Barbados Program of Action (BPOA), is a policy document that both: comprehensively addresses the economic, environmental, and social developmental vulnerabilities facing islands; and outlines a strategy that seeks to mitigate those vulnerabilities. It remains the only internationally approved programme specific to Small Island Developing States (SIDS) which has been collectively and unanimously endorsed by SIDS.

Type II partnerships were developed at the Johannesburg World Summit on Sustainable Development in 2002. Arising in opposition to the state-centred eco-governmentality of previous approaches to sustainable development policy, the partnerships facilitate the inclusion of private and civil actors into the management of sustainable development. The partnerships are employed alongside traditional intergovernmental mechanisms in order to effectively implement the United Nations' Agenda 21 and Millennium Development Goals, particularly at sub-national level. Although widely acknowledged as one of the most innovative and effective developments in global environmental governance in recent years, the partnerships have faced criticism due to fears of a lack of accountability, and the risk that they may exacerbate inequalities of power between Northern and Southern states. Despite these reservations, there is a general consensus among state and non-governmental actors that Type II partnerships are a significantly progressive step in global environmental governance in general, and sustainable development discourse in particular.

The environmental movement has made considerable progress from the first Greenpeace protest involving six people and a boat in 1971, to the environmental conferences of today involving the world’s leaders and commanding global attention. Environmental mega conferences differ from small environmental and sustainability conferences in fundamental ways. Rather than focusing on specific regional problems such as acid rain or ‘sectoral’ problems such as human health or food, they try to take a synoptic overview of the relationship between human society and the natural world. They aim to; “firstly address the overall trajectory of human development and its relationship with the environment as a whole and secondly take a broader view of the complex environment and development issues over a longer time frame, as each summit is preceded by a number of pre-conferences”.

The Earth Negotiations Bulletin(ENB) is a periodic internet news publication covering negotiations, workshops and conferences on a variety of subjects in environmental policy and international law. It is published daily in print and online forms, and with email, Facebook and Twitter feeds, during conferences of the parties to multilateral environmental agreements; and is a publication of the Reporting Services division of the International Institute for Sustainable Development. The publication and division are based in New York City.

The International Institute for Sustainable Development (IISD) is an independent think tank founded in 1990. The institute has offices in Winnipeg, Ottawa, New York City, and Geneva. It has over 100 staff and associates working in over 30 countries.