Kalpetta is a major town and municipality in the Wayanad district, state of Kerala, India. Kalpetta is the headquarters of Wayanad district, [2] as well as the headquarters of Vythiri taluk. [3] It is a bustling town surrounded by dense coffee and tea plantations and mountains. It lies on the Kozhikode-Mysore National Highway NH 766 (formerly NH 212) at an altitude of about 780 m above sea level. Kalpetta is 72 km from Kozhikode and 140 km from Mysore.

Apart from being the administrative capital of the district, Kalpetta is also the main hub of tourism activities in Wayanad due to its central location within the district and its proximity to most visited tourist sites. There is a good number of hotels and resorts within and surrounding the city of Kalpetta.

It is believed that the early Jain residents who migrated from Karnataka had named the place "Kalpetta". In Kannada, the words "Kal" and "Pettah" mean "deposits of stones". Rocks, large and small, are found throughout the landscape of Kalpetta. Hence this name was derived.[ citation needed ]

Kalpetta was under the rule of Western Ganga dynasty until AD930. Through ages this region fell into the rule of Hoysala Empire, Vijayanagara Empire, and Kingdom of Mysore. Pazhassi Raja was the next to rule the region. Kalpetta Nair administered the place as the representative for Pazhassi Raja. Mysorean invasion of Kerala made Kalpetta a part of Tipu Sultan's empire. This continued until the demise of Tipu Sultan. Along with the rest of Malabar, Kalpetta also came under British rule after Tipu Sultan's demise.[ citation needed ]

In Wayanad, the Indian independence movement started first at Kalpetta. The first political conference was held in 1921 under the leadership of Dharmaraja Iyer. K. P. Kesava Menon and A. K. Gopalan participated in this meeting. Formation of the committee of Indian National Congress also occurred around the same time. Father of the nation, Mahatma Gandhi visited Kalpetta on 1934 January 14. [4]

Kalpetta became the headquarters when Wayanad district was formed on 1 November 1980. Kalpetta was still a Village Panchayath when it became district headquarters and it attained Municipality status on 1 April 1990.

Being the district headquarters, Kalpetta is home to a large number of government offices. Besides, the district level offices of Media Houses, Political Parties etc. also function out of Kalpetta. Hence a large section of the population of Kalpetta are office-goers. Like elsewhere in Kerala, Hindus, Muslims and Christians live in harmony in Kalpetta. There is a significant Jain population also in Kalpetta.

Main article: Transportation in Wayanad § How to Reach Kalpetta

Kalpetta has very good road connectivity with the rest of Kerala and neighbouring South Indian cities. NH766 connects Kalpetta with Kozhikode and Mysore. State Highways connect Kalpetta with Ooty in Tamil Nadu and Madikeri in Karnataka. En route to Mysore on NH 766, past Wayanad district boundary, which is also the Kerala state boundary, NH 766 passes through Bandipur National Park. There is a night traffic ban imposed on this stretch from 9pm to 6am since 2009. [6] The alternate road to take is, leave NH 766 at Kalpetta and proceed to Mysore through Mananthavady, Kutta, Gonikoppal, and Hunsur.

The Wayanad dairy of Milma (Kerala Co-operative Milk Marketing Federation) is situated at Chuzhali within Kalpetta Municipal Limits. There is a Mini Industries Park promoted by Kinfra at Kalpetta. Several small scale industries function out of this Park. Tourism and hospitality industry experienced a boom in recent years. This has led to mushrooming of resorts throughout Wayanad, with the largest concentration of hotels and resorts at Kalpetta and adjoining areas within Vythiri taluk. 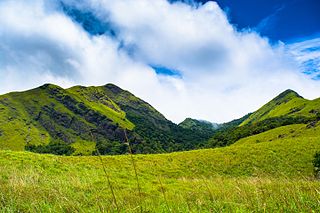 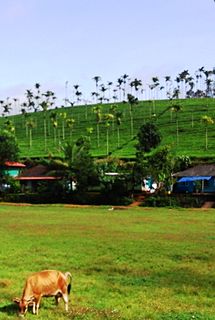 Chundale is a village in Wayanad district in the state of Kerala, India. Chundale is located near Kalpetta, the district headquarters of Wayanad.

Muttil is a village in Wayanad district in the state of Kerala, India.

Pozhuthana is a village in Wayanad district in the state of Kerala, India. 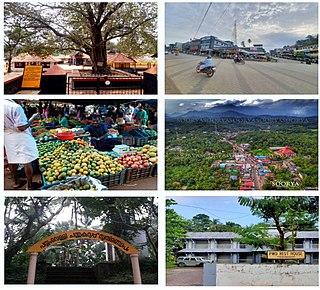 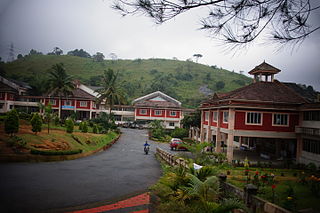 Pookode is a village in Vythiri Taluk in Wayanad district of Kerala state in India. Pookode is known for Pookode Lake and as the headquarters of Kerala Veterinary and Animal Sciences University. 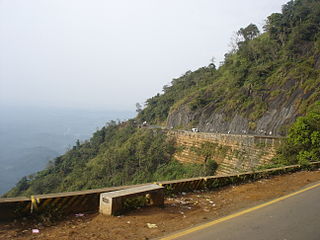 Wayanad district, which is home to Edakkal Caves, has human settlement from prehistoric era. Wayanad is the sole Plateau in Kerala. The tribal dialects of Wayanad like the Ravula language and the Paniya language are closely related to Malayalam. 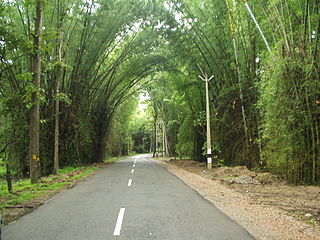 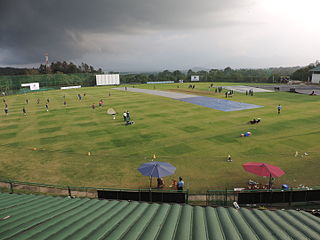 Krishnagiri Village is a village in Wayanad District in the state of Kerala, India. It is in a rural area of Wayanad and one of the 15 villages in Sultan Bathery Tehsil. It is about 16 km (9.9 mi) from Kalpetta and 9 km (5.6 mi) from Sultan Bathery in NH766

Wikimedia Commons has media related to Kalpetta .
This page is based on this Wikipedia article
Text is available under the CC BY-SA 4.0 license; additional terms may apply.
Images, videos and audio are available under their respective licenses.