Pro-Europeanism, sometimes called European Unionism, [1] [2] is a political position that favours European integration and membership of the European Union (EU). [3]

In politics, a red–green alliance or red–green coalition is an alliance of "red" parties with "green" parties. The alliance is often based on common left political views, especially a shared distrust of corporate or capitalist institutions. While the "red" social-democratic parties tend to focus on the effects of capitalism on the working class, the "green" environmentalist parties tend to focus on the environmental effects of capitalism.

In politics, a political alliance, also known as a coalition or bloc, is cooperation by members of different political parties, in countries with a parliamentary system, on a common agenda of some kind. This usually involves formal agreements between two or more entire parties. An alliance is usually especially beneficial to the parties concerned during and immediately after elections – due to characteristics of the electoral systems concerned and/or allowing parties to participate in formation of a government after elections. These may break up quickly, or hold together for decades becoming the de facto norm, operating almost as a single unit. Alliances may also form prior to elections in an effort to reduce uncertainty following the election. 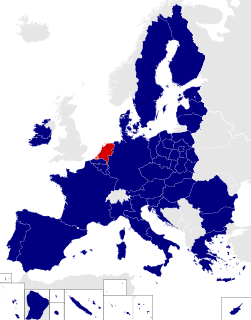 Centre-left politics or center-left politics, also referred to as moderate-left politics, are political views that lean to the left-wing on the left–right political spectrum, but closer to the centre than other left-wing politics. Those on the centre-left believe in working within the established systems to improve social justice. The centre-left promotes a degree of social equality that it believes is achievable through promoting equal opportunity. The centre-left emphasizes that the achievement of equality requires personal responsibility in areas in control by the individual person through their abilities and talents as well as social responsibility in areas outside control by the person in their abilities or talents.

Pasokification is the decline of centre-left social-democratic political parties in European and other Western countries during the 2010s, often accompanied by the rise of nationalist, left-wing and right-wing populist alternatives. In Europe, the share of votes for such parties was at its 70-year lowest in 2015.