Glasgow Cross was a railway station in the city centre of Glasgow. 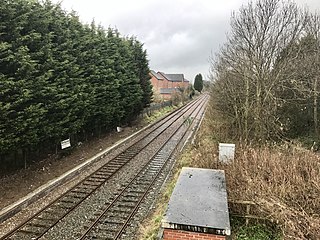 Cassington Halt was a single platform halt opened by the Great Western Railway on 9 March 1936 on the Oxford, Witney and Fairford Railway to serve the village of Cassington, Oxfordshire, just south of the A40.